Some people have observed the tips of branches on their pear trees dying. Fire blight is a common problem of pears and apples and is sometimes seen on mayhaws, loquats, and other plants in the rose family, too.

Fire blight is a bacterial disease. The bacteria spread from around cankers (dead areas on branches or trunks) to open flowers during bloom, via insects or in water. They can then move into wood below those flowers. Bacteria can also infect leaves at the tips of young shoots. Dead shoot terminals often have a “shepherd’s crook” appearance.

Because bacteria can move from place to place on a tree in water, fire blight is more likely to be a problem during rainy years like this one.

One of the first lines of defense against fire blight is planting varieties that are resistant to the disease. Pear and apple varieties recommended for Louisiana have some resistance. Some mayhaw varieties are more fire blight resistant than others, as well.

However, resistant does not mean immune, and in years when conditions are favorable, disease may still occur.

Because the bacteria can infect through young shoots, trees that produce a lot of new growth – such as those that have been pruned severely during the winter or received a great deal of fertilizer – are more likely to have more shoot infections. Avoid overfertilizing.

During the dormant season, before new growth begins, cut out any remaining blighted shoots and cankers.

If suitable spray equipment is available, applications of a product containing the antibiotic streptomycin sulfate can be made to pear and apple trees during bloom, to protect flowers from infection. Ferti-lome Fire Blight Spray is a streptomycin product for home orchards.

Some copper fungicides are also labeled for use during bloom on pears and apples. This is another option, if a streptomycin product isn’t available. Repeated applications are likely to be needed. Be aware that copper can cause russeting on apples of some varieties.

Make sure not to use any product containing an insecticide during bloom, to avoid killing bees.

I want to emphasize that once blighted shoot tips are seen, as they are now, the time for making a bactericide application has passed. It is not useful to spray for fire blight at this time.

Make sure any bactericide or other pesticide you plan to use is labeled for the purpose for which you intend to use it, and read and follow label instructions.

Once trees are large, it will be difficult for many home gardeners to get good spray coverage with a bactericide, so the other management approaches – including planting resistant varieties and avoiding overfertilizing – are especially important in home orchards. 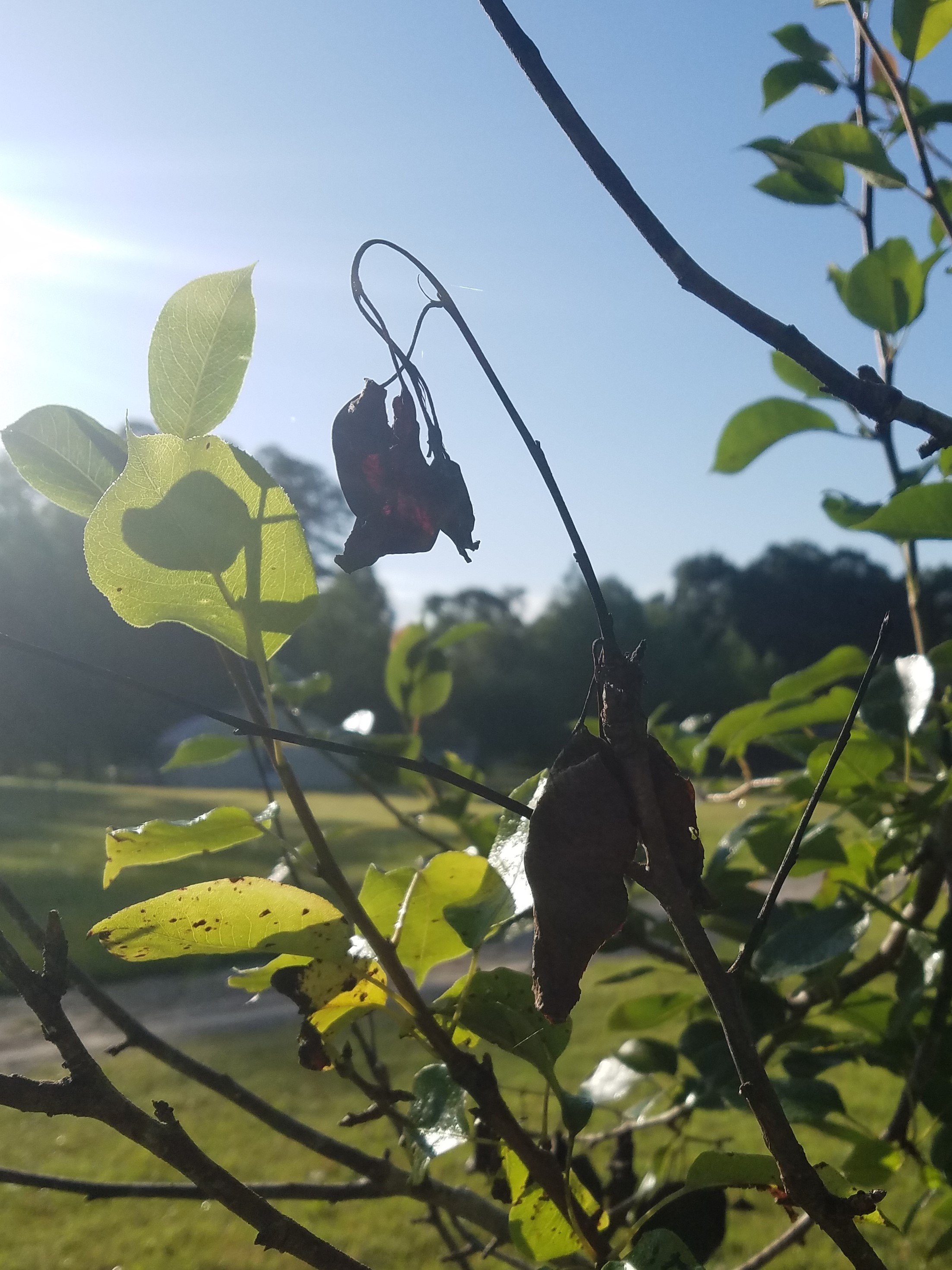 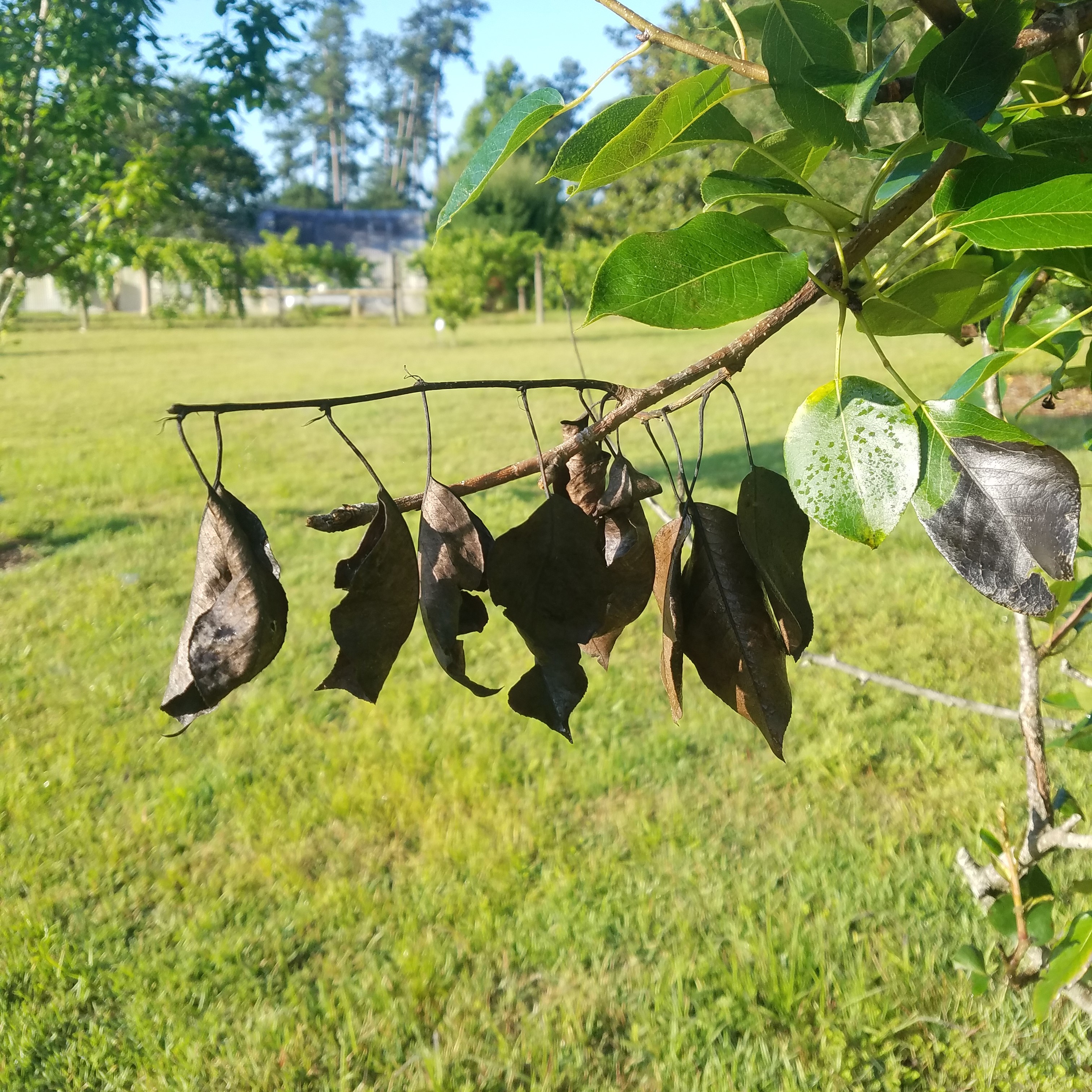 Fire blight on a pear tree. (Photo by M.H. Ferguson)