Cross-laminated timber is a multilayer mass timber product spanning two directions with precision accuracy, resulting in a secure, airtight building solution for any floor, wall, roof or core. Serving as a significantly lighter replacement for concrete, cross-laminated timber uses wood exclusively from sustainably managed forests. Cross-laminated timber opens the door to a new, ecologically friendly way to construct mass timber buildings of the 21st century. One of the biggest benefits of mass timber panels as compared with other types of structures is the ability to prefabricate the entire project. This saves time and money on-site because the installation process becomes more efficient.

The LSU AgCenter Louisiana Forest Products Development Center partnered with more than a dozen university, government and industry entities to conduct an analysis of the market environment and potential of cross-laminated timber in the U.S. South constructed from Southern yellow pine. Previous cross-laminated timber research and development has focused on using Douglas fir and other species from the Pacific Northwest as well as spruce-pine-fir from Canada and imported species from Europe.

An emerging sector in the U.S.

Mass timber is a category of framing styles typically characterized by the use of large solid wood panels for wall, floor and roof construction in place of steel or concrete. One of these is cross-laminated timber.

A study was conducted in the fall of 2018 and spring of 2019 to better understand the dynamics of cross-laminated timber perceptions, awareness and potential for adoption from softwood lumber mills in the South. Because softwood lumber is the main feedstock for cross-laminated timber, it is essential to understand the supply side. A paper survey was developed with input from key partners versed in the sawmill sector. The survey was mailed to a random sample of softwood sawmills in the South to assess the market knowledge of cross-laminated timber and its potential in the South. The survey was sent to 412 sawmills. After accounting for firms that had gone out of business, incomplete surveys and nonresponses, the adjusted response rate was 18% with 51 useable responses.

The highest response rates were 18% in Alabama, 16% in North Carolina and 14% in Mississippi. Least represented were Tennessee at 6%, Florida at 4% and Louisiana at 4% of respondents. Most of the sawmills were moderately sized in terms of employment, with 56% employing 20-250 people, while 6% employed more than 500 and 20% had fewer than 10 employees. Because cross-laminated timber is a possible new sales channel for softwood lumber producers, the survey looked at current customer bases to see where market shifts might occur. With multiple responses possible, 35% of respondents sell to wholesalers, followed by preservative treating companies, remanufacturer and export at 18% each, stocking distributors at 12% and nonresidential builders at 9%. 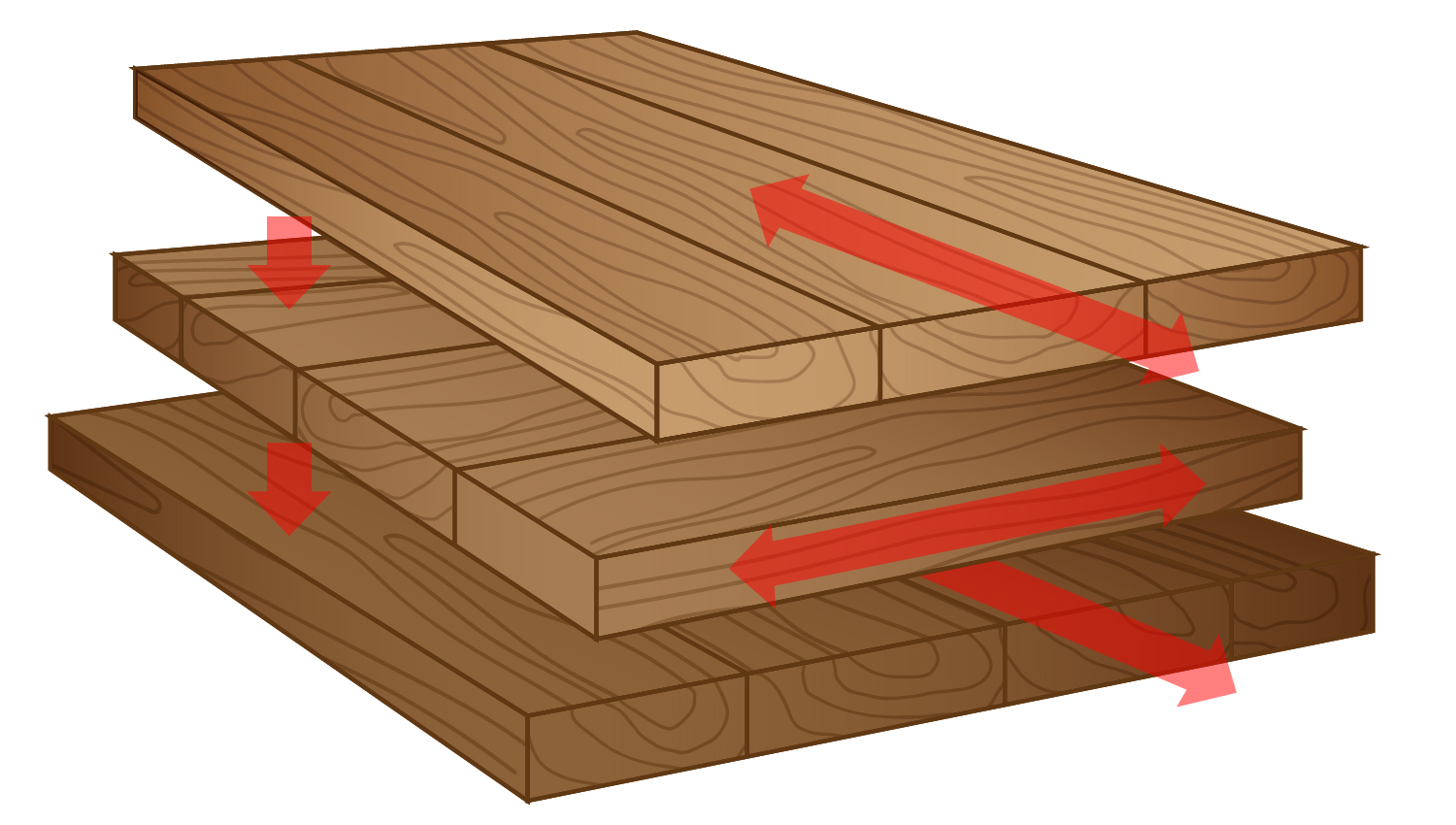 Cross-laminated lumber is a prefabricated, solid wood panel used in residential and industrial construction. It consists of several layers of boards arranged in alternating directions and then bonded together with industrial adhesives and pressed together to form a solid, straight rectangular panel. Applications include long spans in walls, floors and roofs.

A side view of cross-laminated timber shows three board glued together to make a laminate. Each layer is perpendicular to the layer below, forming the cross-laminated material. Photo by Rich Vlosky

Cross-laminated timber panels can be used in place of concrete panels in building construction. Photo by Rich Vlosky

Wood screws and metal plates are used to fasten together smaller pieces of cross-laminated timber. Photo by Rich Vlosky