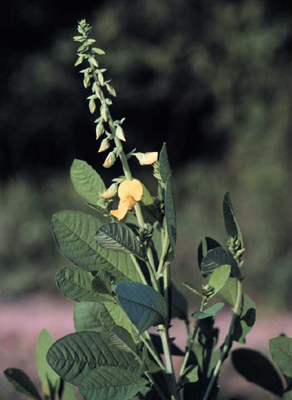 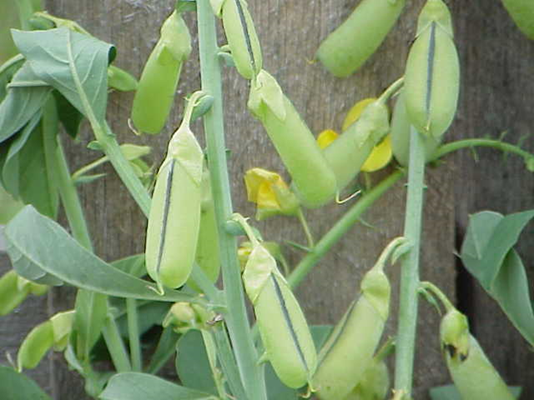 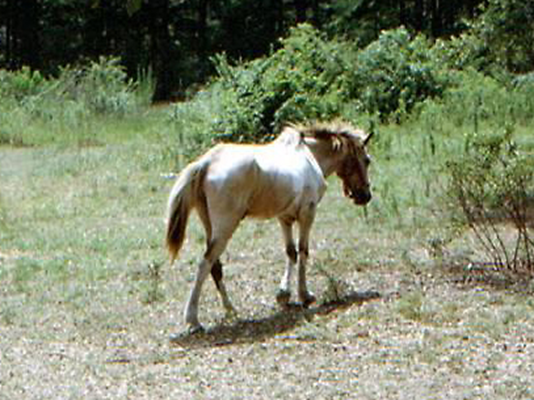 Showy crotalaria (Crotalaria spectabilis) was imported as a nitrogen-fixing legume for tung-oil tree orchards in the Gulf Coast states. It is found in fields and along roadsides from southeast Louisiana into Florida. Showy crotalaria is a significant toxic plant in the region.

The seeds remain viable for up to 60 years in undisturbed soil. The plant may appear following land clearing where trees are removed and the soil disturbed. Horse and livestock owners may not realize the hazard that showy crotalaria poses for their animals.

The total amount of ingested plant material that will result in serious harm may be equivalent to 1.5 percent to 3 percent of the animal’s body weight. This can be ingested in small amounts over several days or weeks.

The seeds and foliage contain pyrrolizidine alkaloids that are readily absorbed from the digestive tract. Liver enzymes convert the alkaloids into toxic pyrroles that poison liver and lung cells in horses. Cattle, swine and poultry are also susceptible, with acute or chronic damage to the liver being the major effect. Sheep and goats may be more resistant to these alkaloids. Related compounds occur in other crotalaria species, some Senecio species, hounds-tongue and comfrey.

Crotalaria poisoning may be acute or chronic. The acute form appears within a few days after a substantial amount of the plant is consumed. Affected horses have liver failure and are suddenly very ill and may exhibit head pressing or a sleepy appearance or become agitated and dangerous to handle. Death may occur within hours after signs first develop.

The chronic form of crotalaria poisoning is more common, with progressive fibrosis of the liver leading to emaciation and death. Signs of illness, including weight loss, a sleepy appearance, frequent yawning, aimless and continuous walking, may appear months after the plant was last consumed. The onset of these signs coincides with liver failure.

A unique feature of chronic poisoning is that by the time signs appear, the animal may be owned by someone else in another parish or state.

Diagnosis of pyrrolizidine alkaloid poisoning is confirmed by history of exposure, clinical signs and microscopic examination of liver tissue by a veterinary pathologist. Liver tissue can be collected by liver biopsy or at post mortem examination.

There is no effective treatment, although an animal might survive acute poisoning only to develop liver failure months later.