LSU AgCenter, All, Growing and Planting Caladiums, All

Easy enough for the casual gardener to expect routine success, the caladium’s elegant beauty also makes it a staple in the most accomplished gardener’s landscape. Native to tropical South America, caladiums grow from tubers and thrive in the heat and humidity of our long summers. They are remarkably free from major insect or disease problems.

Caladiums (Caladium x hortulanum) are grown for their attractive foliage. The six to twelve inch heart shaped leaves emerge from the ground on arching stems that are generally one to two feet tall, but can grow taller. The foliage may be splashed with combinations of white, pink, rose, red, burgundy, chartreuse or green, often with several colors combining in wonderful patterns. These bright leaves with their bold texture embellish our shady gardens from April/May until September/October when the tubers go dormant.

All caladiums grow well in shade to part shade (two to four hours of direct sun, preferably morning) or bright dappled light. In these conditions they produce lush growth with large, colorful leaves.

Some cultivars are more tolerant of sunny conditions, and are successful in beds receiving full sun as long as they receive adequate irrigation. When grown in full sun, caladiums tend to produce smaller and more brightly colored foliage and the plants will be shorter. These cultivars also do well in the shade.

When planting tubers, you need to determine the top and bottom. If the tubers have started sprouting, it makes it easy. You will see pinkish-white sprouts on the top of the tuber. If it has not sprouted, the knobby side of the tuber is where the growing points are located – look for them. That side is planted up. The smoother, rounder side is the bottom of the tuber. Plant the tubers about two inches deep and eight to twelve inches apart in well prepared beds. After planting, apply a couple of inches of your favorite mulch and water in.

Caladiums are also available sprouted and growing in four to six inch pots, and they will provide immediate color in the landscape. Potted caladium bulbs should be planted with the top of the root ball level with the soil of the bed. Plant them eight to twelve inches apart into well prepared beds and they will grow larger and more beautiful through the summer. Once potted caladiums are planted, mulch the bed with two inches of your favorite mulch and water in.

If you plant the potted caladium in a bed that gets some sun, the leaves on the plants at the time may burn. This is because the plants were in relatively low light at the nursery and aren’t used to the sun. You will see tan areas and even holes burned in the leaves if this happens. Don’t worry, the new leaves that come out will be adapted to the light and be fine.

Careful bed preparation will ensure healthy, robust plants. Turn the soil in the area to be planted, and then incorporate a four inch layer of organic matter such as compost, rotted manure or peat moss. Next, lightly sprinkle the area with an all purpose fertilizer (such as 15-5-10) following package directions, and rake it into the upper few inches of the soil. As an alternative, a little slow release fertilizer can be placed around each tuber as it is planted into the bed.

Keep beds of caladiums well watered during the summer, especially those receiving lots of sun.

The colorful, tropical foliage of caladiums combines beautifully with impatiens, begonias, torenias, liriope, ferns, hydrangeas, achimenes, gingers and other shade loving plants. They are generally more effective when a single color or cultivar is used in a bed or landscape. If several colors are used, they are most effective when masses or groups of each color are combined in the planting.

In late September or early October longer nights and cooler temperatures encourage caladiums to go dormant. But, the tubers you plant this summer can be used to grow caladiums next year, either left in the ground or stored and replanted.

If the beds where the caladiums are planted will stay undisturbed and if drainage is good and they will not stay too wet during winter, you may simply leave the caladium tubers in the ground. Caladiums love moisture when they are in active growth during the summer. But, once they go dormant, moisture in the soil combined with chilly winter temperatures can make them prone to rotting. If you try leaving your caladium tubers in the ground and find they do not return in the spring/the tubers are rotted, you should dig the tubers and store them inside over the winter.

Or, you may choose to dig and store them, as this is the most reliable way of making sure they grow another year. Dig caladiums when a number of leaves turn yellow and most of the foliage begins to look “tired” and falls over. Use a shovel or a garden fork to lift the tubers being careful not to damage them. Leaving the foliage attached , shake and brush off most of the soil from the tubers and lay them out in a single layer in a dry location sheltered from rain (in a garage, under a carport). After the foliage becomes tan and papery in appearance, pull it from the tubers and store the tubers in paper bags indoors where temperatures stay around 70 degrees F through the winter.

With poor growing conditions, particularly in areas of heavy shade or sunny, dry locations, the plants will likely produce small, weak tubers that may not return well either left in the ground or dug and stored. Under the right circumstances and with proper care, however, the tubers you plant in late spring can provide a beautiful display again next year, and for years to come. 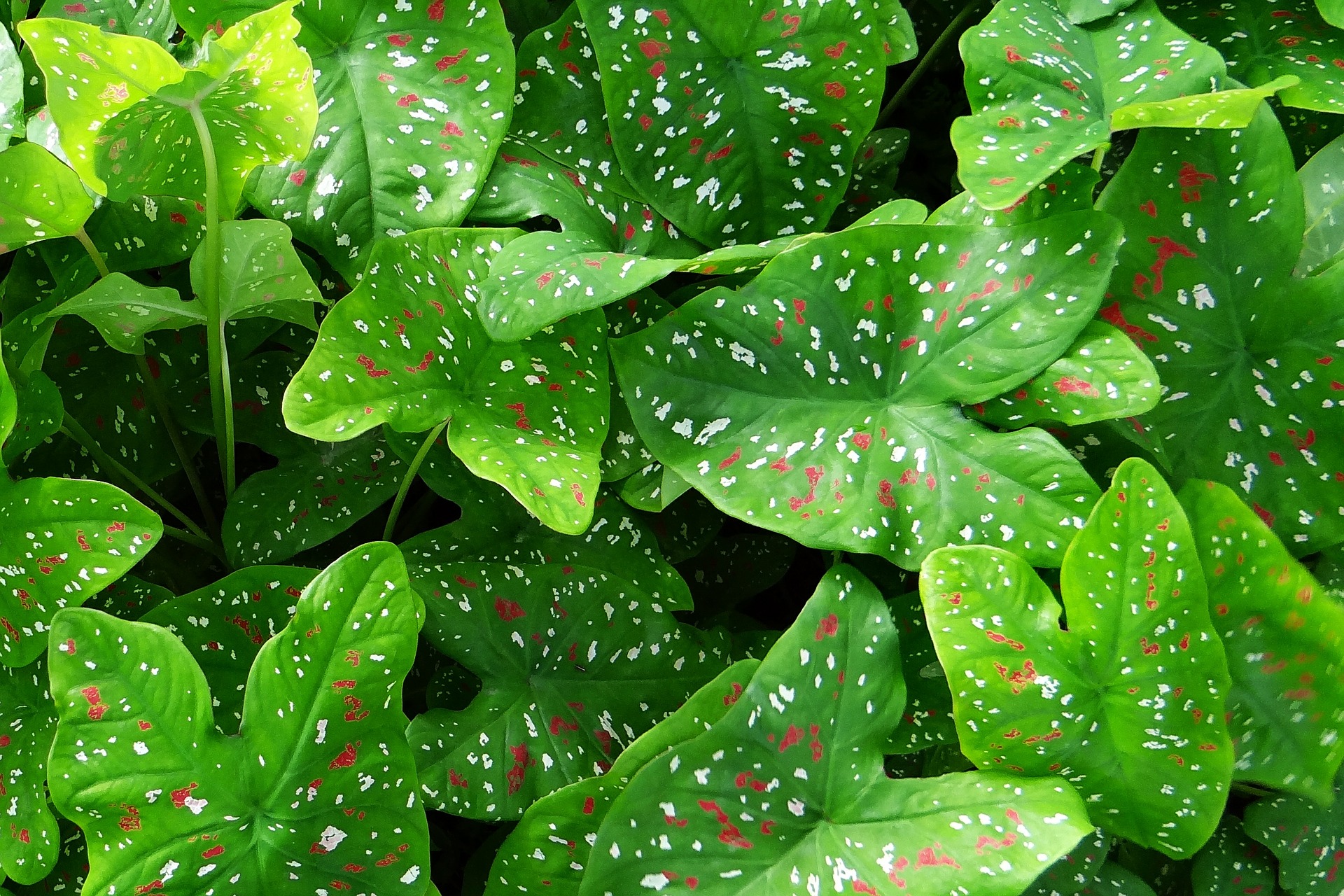 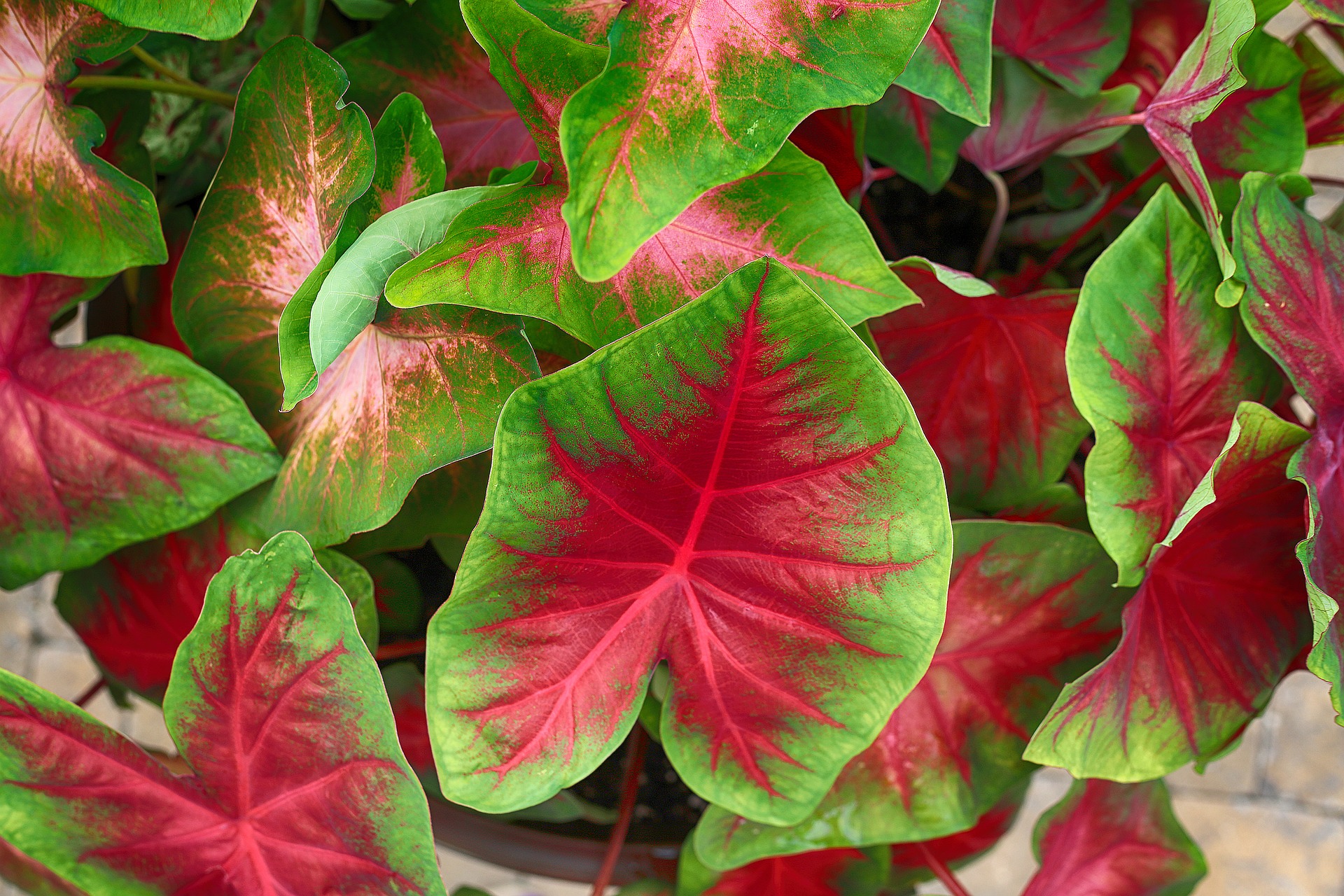 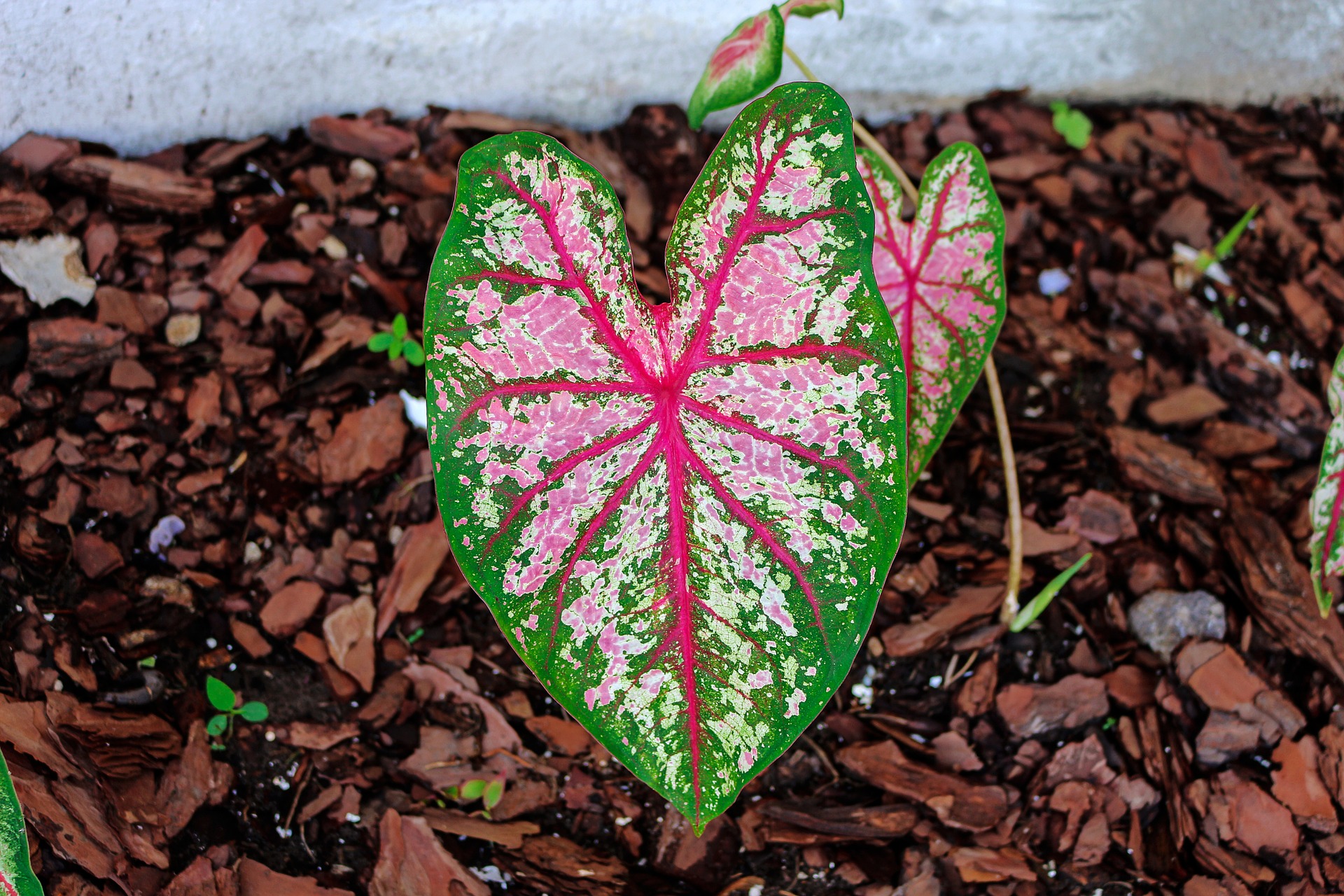