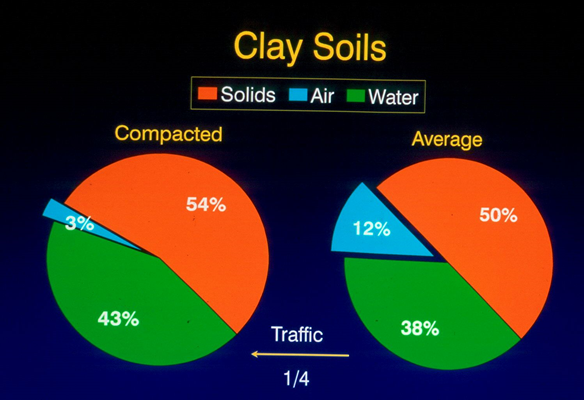 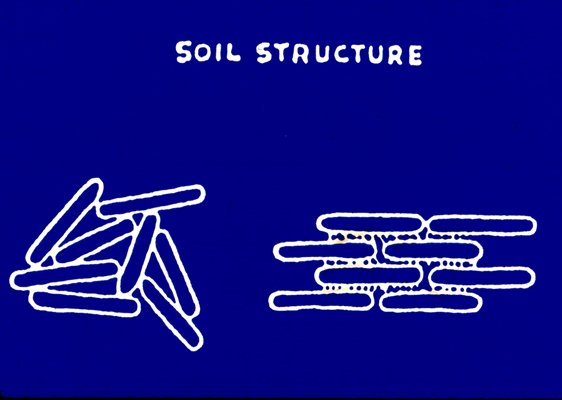 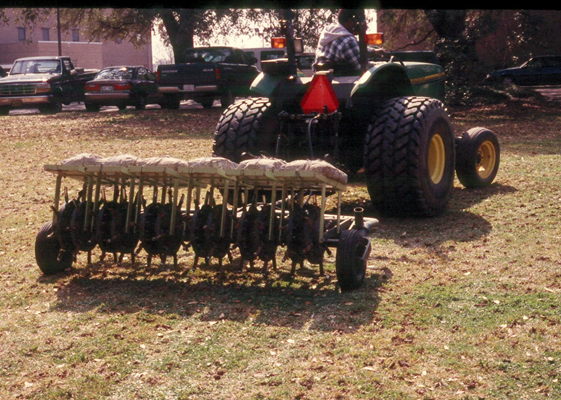 Pulling soil cores out will soften and aerate soil.

Garden centers and lawncare services often advise applying gypsum (calcium sulfate) to your lawn to “decompact” a hard soil. This is supposed to accomplish softening by improving the structure of the compacted clay soil. With the exception of the arid western United States and our coastal areas (where sodium can be high and clay soils may be common), adding gypsum as a soil-softening amendment is not necessary in nonagricultural areas.

Urban soils are generally mixtures of subsoils plus native and nonnative topsoils. In home landscapes, high levels of organic and inorganic chemical additives are common. They may also be highly compacted and layered, and gypsum does not work well on layered soils. In such landscapes it is pointless to add yet more chemicals in the form of gypsum unless you need to increase soil calcium. Adding gypsum to sandy or nonsodic soils ( low in sodium) is a waste of money and natural resources and can have negative impacts on plant, soil and ecosystem health. Excessive soil calcium may release cations like aluminum or tie up nutrients like phosphorus. In our noncoastal soils, the soil calcium (Ca++) concentration is much higher than the sodium (Na+).

Really want to know why gypsum doesn’t work here? In arid parts of the country, sodium occupies many of the cation exchange sites in the soil. And since it is only a +1 charge, soil colloids tend to disperse and can be easily compacted together causing a poor soil structure. Adding gypsum (CaSO4) allows the Ca++ to release and replace the soil-bound Na+. The released Na+ is leached out as Na2SO4, and the soil tends to granulate due to flocculation (fluffing up and colloidally glued together on the microscopic level) with more Ca++ on the exchange sites. This granulated condition improves soil structure, and soil is then less prone to compaction. Since there is far more calcium than sodium on exchange sites in our Louisiana soils, adding calcium via gypsum has little or no effect on most of our soils.

Instead of gypsum, consider core aerifying in spring, summer or early fall to reduce the compaction and improve plant health. Aerifying with large half-inch hollow tines and punching about 25 holes/square foot will produce good results. Very compacted soil can benefit from several corings each year (common with sport fields). This does not minimize the benefit of have a high Ca and Mg level reading in your soil test, but coring does physically reverse a physical compaction of soil particles. Yes, coring is an expensive service to buy, and most lawns really don’t need it; but it won’t hurt. And if the soil is compacted, it’s usually the best solution to the stifled growth.
5/6/2009 10:07:31 PM
Rate This Article: