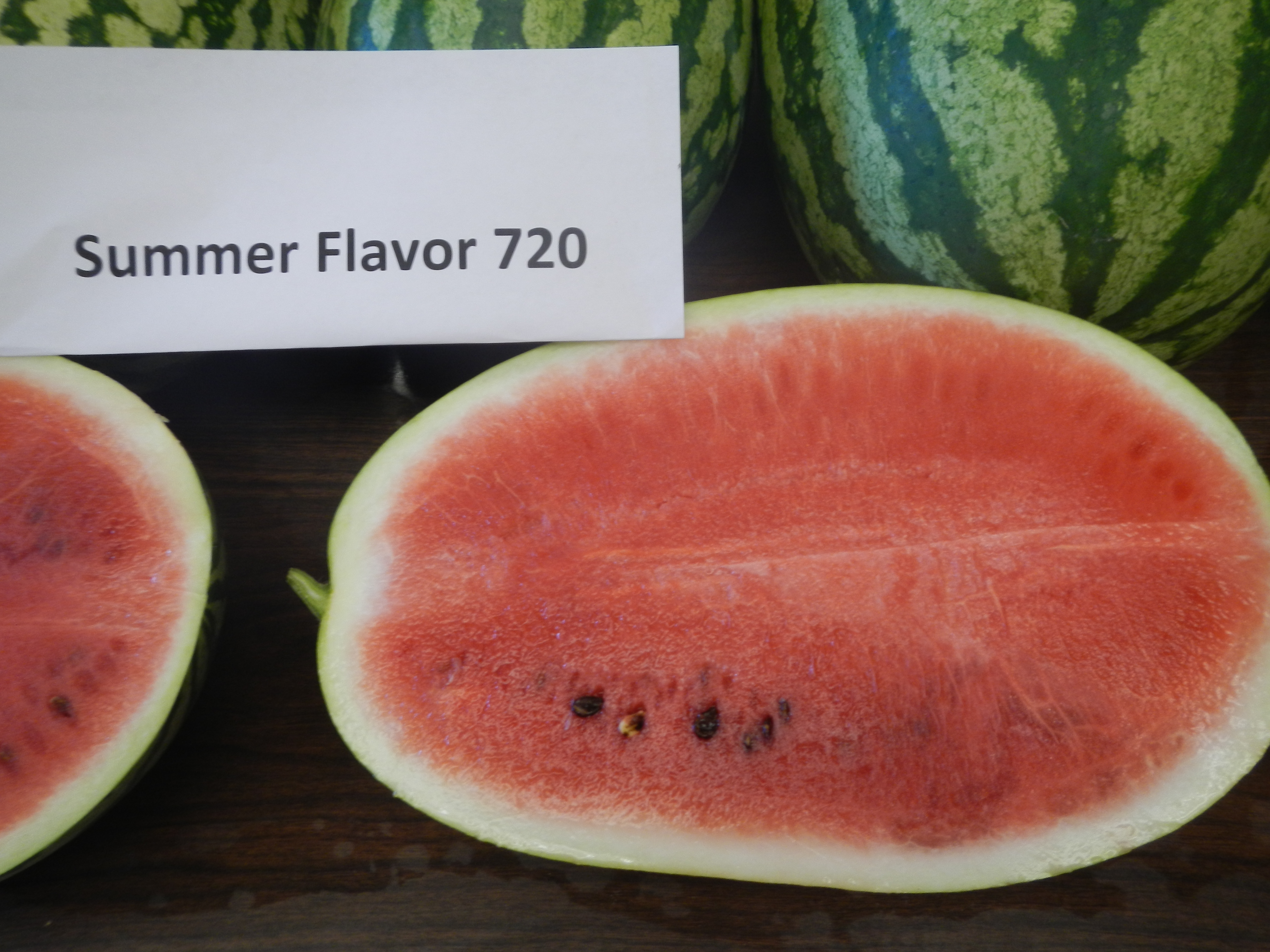 In 2011 Louisiana watermelons were grown by 274 producers on 2,495 acres. The 2011 gross farm value of the watermelon crop was about $8.5 million. Watermelons are sold on-farm, in grocery stores and at road side stands throughout Louisiana, making this a valuable crop for local producers.

Eleven watermelon varieties were planted at Burden Center in the spring of 2012. Eight varieties had red interiors and three had yellow interior. The varieties included Charleston Gray, Starbrite, Summer Flavor 720, Sangria, Jubilee II, AU Producer, Legacy and Diablo – all red meat. Desert King, Summer Gold and Tendergold were yellow meat melons. All varieties were seeded on February 24, 2012, and later transplanted into the field on March 30, 2012. The field was fertilized with 8-24-24 prior to planting at a rate equivalent to 350 lbs/acre. The watermelons grew on black plastic mulch with drip irrigation. After establishment, melons were irrigated twice a week for 20 minutes at each watering, unless it rained. Command and Dual were applied to control weed infestation in row middles. The watermelons were sidedressed once a week after bloom initiation for four weeks alternating with calcium nitrate and potassium nitrate. Quadris and Bravo were used as preventive measures to combat potential disease occurrences. Cucumber beetles were the only insect that presented a problem in this year’s crop. We applied Malathion and Thionex to keep insects under control. All chemicals were applied at recommended rates as labeled in the Southeastern U.S. Vegetable Crop Handbook. Fertilizers were applied at recommended rates in the Louisiana Commercial Vegetable Production Guide. 500-foot rows were planted with watermelons 4 feet apart within the row and two skip rows between planted rows.

The watermelons were harvested and evaluated on June 26, 2012. Foliage cover, rind color, interior color, seed color, seed size, BRIX, texture, taste and average melon size (weight and length) data were recorded. A field day was held on June 30. The general public was invited. Approximately 175 people rated the watermelons for taste. Of the red varieties, the taste test winner was Summer Flavor 720, and Summer Gold was favored among the yellow meat varieties. Summer Flavor 720, Jubilee II, Summer Gold and Tendergold had the best foliage cover and therefore the least amount of sunburned melons. All watermelons in this study had seeds. Most did not exceed 1 cm in length. Diablo, Summer Gold and Summer Flavor had the highest BRIX. Summer Flavor 720, Sangria, Jubilee II, Summer Gold and Tendergold melons all were rated with excellent crisp texture. See the attached table and pictures for additional information.

We encourage commercial producers and homeowners to try these varieties on a small scale at their farms to determine if performances will be similar in different locations. 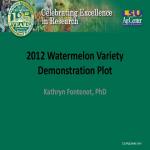 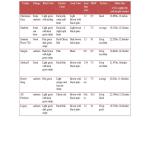