Eastern Lubber Grasshoppers are on the Move

Southern University, LSU AgCenter, All, All 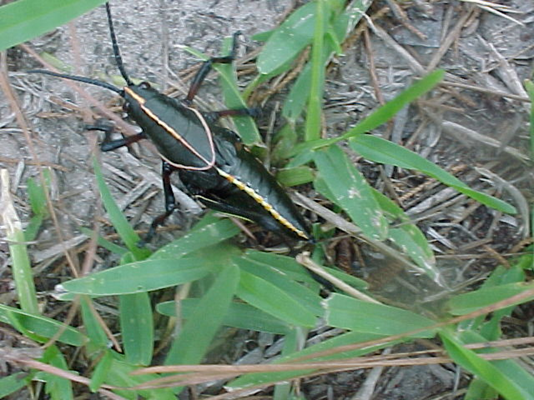 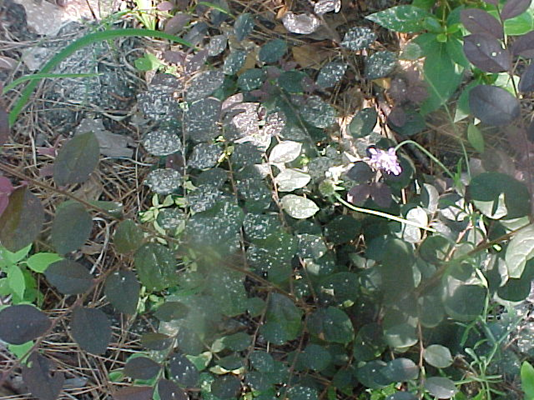 Sevin has been applied to foliage of ornamental to control lubber grasshopper.

Periodically, grasshoppers have been of economic importance, but a few species sometimes occur in large enough numbers to damage citrus, vegetable crops and landscape ornamentals seriously. One of the species most commonly causing damage is the eastern lubber grasshopper.

The lubber is surely the most distinctive grasshopper species in the southeastern United States. It is well known both for its size and its unique coloration. Adult males and females are usually 2.5 and 3.0 inches long, respectively. The body is quite robust, and the legs  relatively slender. The general color of adults is dull yellow with varying degrees of black spots and markings, although some are almost entirely black.

Lubbers, like all grasshoppers, grow through successive stages after molting. These stages are referred to as nymphal instars. Lubbers have five instars before molting into the adult stage. The length of these instars varies slightly but averages seven to 10 days each. The highest number of adults are seen in July and August.

In most cases the homeowner can easily rid oneself of any individual lubbers by hand. Lubbers are large, slow moving and essentially harmless to humans. All that is needed is a small net or a homemade smashing device (such as a broom).  With a net and a garbage bag, one should be able to minimize any potential damage within minutes.

If chemical control is necessary, several insecticides are registered for use on ornamentals to control grasshoppers. They include: Carbaryl/Sevin (Drexel Carbaryl), Cyfluthrin (Decathlon, Tempo), Bifenthrin (Talstar).
6/21/2005 6:52:28 PM
Rate This Article: