Vermilion 4-Hers Conduct the "Get Out The Vote" Campaign 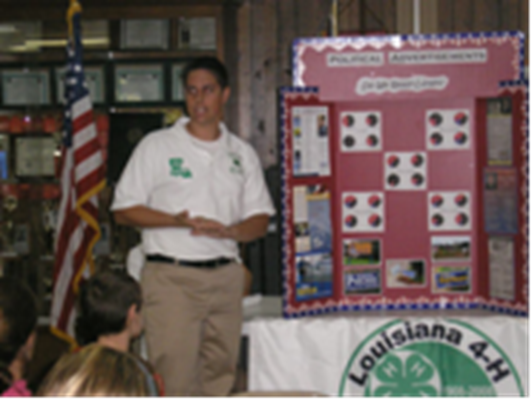 Club President Austin Mouton shared his social studies project with the group. His study focused on political advertisements and their effects on election results. 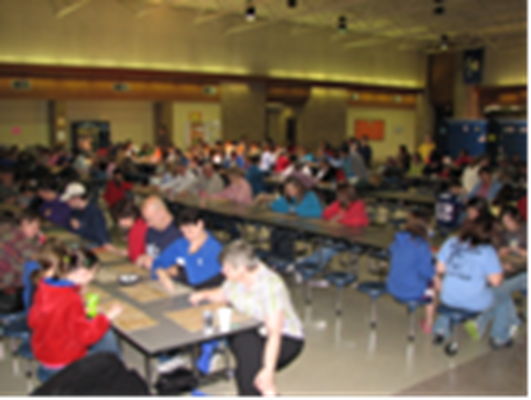 A cake bingo was added to the calendar this year in an effort to raise more money. This event featured a concession stand, live auction and cake raffle in addition to the bingo game. $3,500 was the profit from this event. 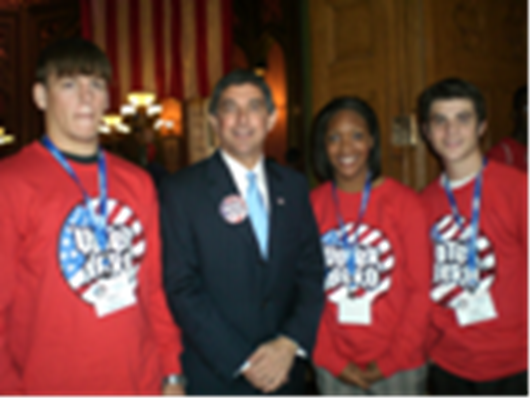 The Louisiana State Mock Student Election was held in Baton Rouge and was designed to follow the 2008 presidential election. Delegates held meetings in the Old State Capitol and learned about the election process hands-on. 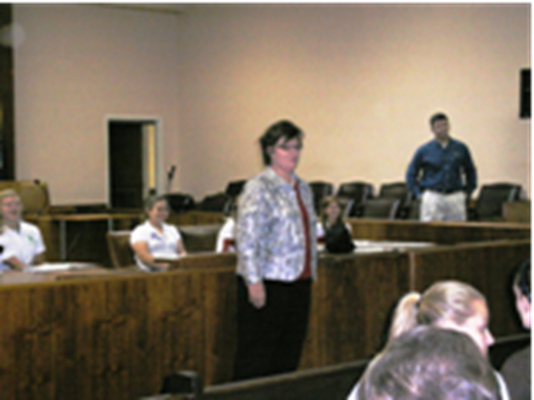 The October meeting was held in our parish courthouse. In addition to taking a tour of the courthouse, members heard from Parish Clerk of Court Diane Broussard, who spoke to them about holding an elected office. 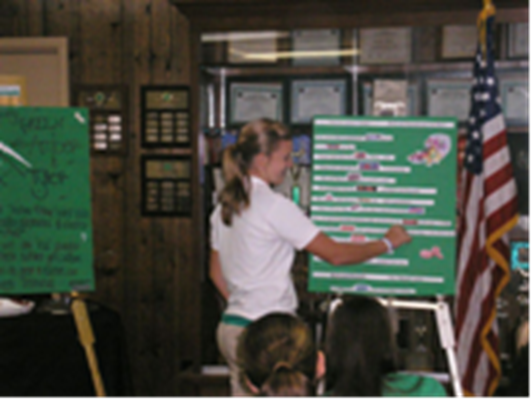 Members held very interactive, monthly meetings, which included “campaigning” for their party and having a citizenship trivia game at the end of each meeting. 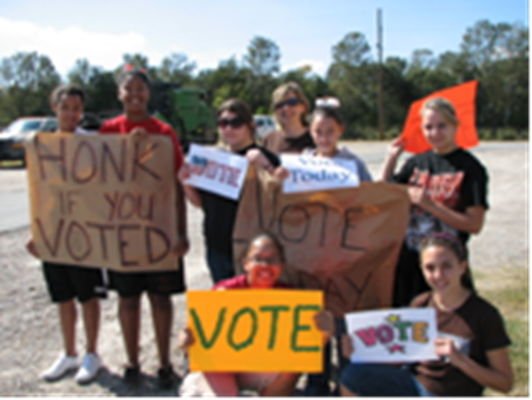 On November 4, members spread out throughout the parish and located the main intersection in each community. During lunch hour traffic, Jr. Leaders stood on the corner and held up signs reminding people to “VOTE TODAY!” 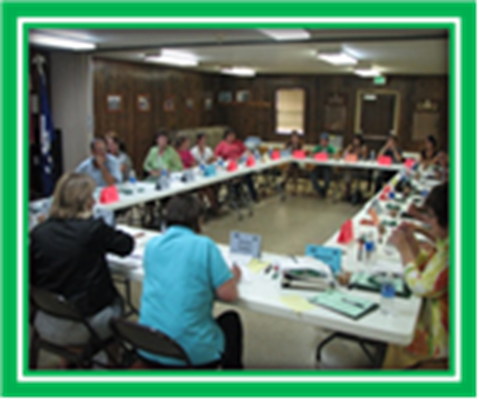 Jr. Leader officers serve on the parish 4-H Advisory Leadership Council. At the annual meeting, they presented their project plans to the group and encouraged parish-wide participation. 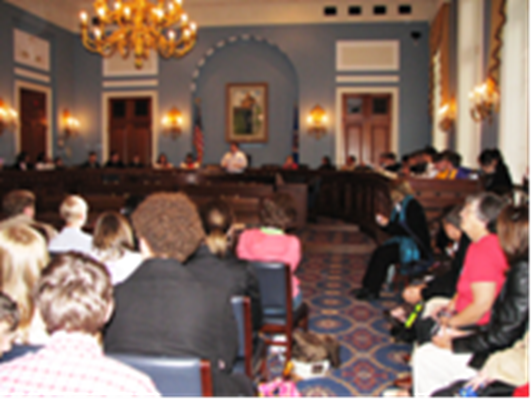 In addition to all the monuments and the capitol building in D.C., members had an opportunity to tour an actual committee hearing room in the Longworth Building. They heard from Congressman Boustany’s aide about his role and background. 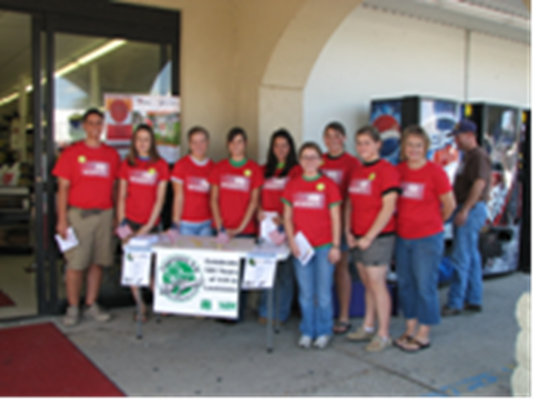 Voter registration drives were conducted in four locations throughout the parish. Adult volunteers and Jr. Leader members set up and manned booths at local grocery stores. They handed out voter reminder buttons and literature about the importance of voting. They also had voter registration cards and signed up several adults who were not already registered to vote. 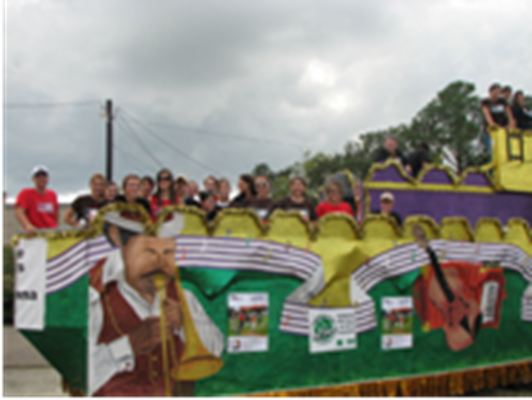 The annual Cattle Festival Parade was a great opportunity to bring visibility to 4-H and the service project. Members wore their “Vote – November 4” t-shirts and rode on a float that was decorated with voter reminder posters. They also threw buttons and flyers along the parade route to remind people to vote.

According to the U.S. Census Bureau’s “Voting and Registration in the Election of November 2006,” issued in June 2008, only 48 percent of voting-age citizens voted in the 2006 congressional election, which was a slight increase over the 46 percent that turned out in 2002. In the presidential election in 2004, registration and voting rates increased dramatically among younger citizens. While young adults still had the lowest voting and registration rates in 2004, relative to all other age groups, they also experienced the largest increase in both rates since the 2000 presidential election.

Reasons people did not vote included: “forgetting to vote” (6 percent) and “confusion or uncertainty about registration procedures” (4 percent).

The fact that it was a presidential election year prompted the Vermilion Parish 4-H Jr. Leader Club to think that the time was right for selecting a citizenship focus. Citizenship is also listed as one of the three 4-H Mission Mandates. In addition, members felt that more education in this area was needed to supplement classroom civics lessons.

The group collaborated with local businesses to conduct the voter registration drive and the “get out the vote” campaign. Educational lessons were conducted on political propaganda, local elected officials and the effects of campaign materials on voters' decisions.

70 members and 12 adult volunteers traveled to Washington, D.C., for an educational experience of a lifetime. The group participated in the Wonders of Washington program organized through the National 4-H Council and stayed at the National 4-H Conference Center. Members participated in a workshop titled “Action on the Hill,” where they watched a presentation then broke into small groups to conduct a mock committee hearing to discuss a bill.

As a result of their participation in this service-learning project, 85% agreed that they would try to make a difference in their community in the future.