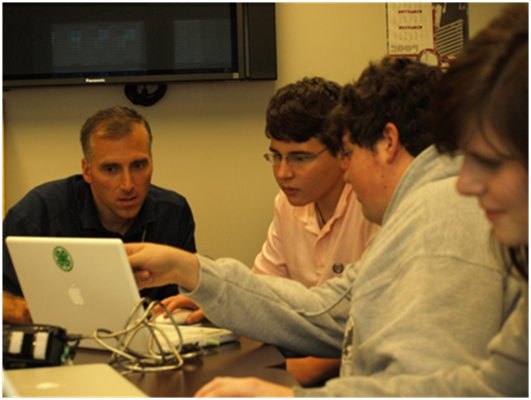 Pictured are Cameron Parish 4-H Jr. Leaders Alan Myers, Dylan Welch and Colleen Manuel, members of the video editing team, who recently visited LSU AgCenter in Baton Rouge to learn techniques in capturing, editing and producing video. The group was instructed by Mr. Randy LaBauve, communications specialist for the LSU AgCenter. The group, also including Javen Little (not pictured), will work to finalize the Fur Festival documentary being produced by the Cameron Parish 4-H Jr. Leaders. 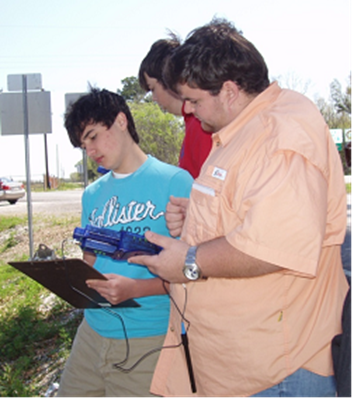 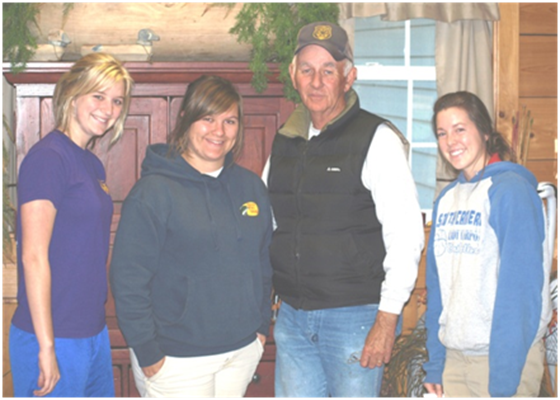 One of the annual environmental events that the group participates in is the Cal-Cam Marsh Maneuvers camp, which involves studying the marsh environment and conducting service projects. Previously the group has also address a liter issue by forming an Anti-Litter committee. The committee conducted educational programs and offered a poster contest to youth in the parish through the school system. The winning posters were converted into an Anti-Litter calendar.

Needs Assessment - After being devastated by two hurricanes in the past seven years, Cameron Parish residents have experienced prolonged anxiety and stress. Residents have demonstrated much courage and hope for maintaining the unique culture of the parish and bring awareness to the needs – environmental, industrial and personal health.

Action Plan - After their needs assessment, the group developed an action plan to bring awareness of one of the parish’s largest celebrations – The Louisiana Fur and Wildlife Festival. The thought behind the plan was to create a sense of hope for the future of Cameron Parish communities, Cameron Parish 4-H Jr. Leader members worked with the Louisiana Fur and Wildlife Festival board, Cameron Parish Lions Club and senior residents of the communities to collect stories describing the environmentally based industries that helped establish the parish as a thriving community between the years of 1957 and 1990, including the fur, cattle, oil, alligator and fisheries industries. The stories were videoed. Those featured storytellers were asked to recall their accounts during the Fur and Wildlife Festival at a booth sponsored, set up and manned by the Cameron Parish Jr. Leaders.

Funding - The group was able to secure a Walmart Foundation grant offered through the Louisiana and National 4-H Youth Development programs.

Outcomes – A documentary film entitled “A Look at Our Past, Gives Hope for Our Future!” was created. The documentary premiered at a board meeting of the festival association. After the premier, the documentary was shown to local governing bodies and in all parish schools. It was also featured at a booth at the Fur & Wildlife festival, which also included cooking demonstrations, skits, fur skinning demonstrations and exhibits. After the viewing, there was a demand for the film so copies were made available for sale.