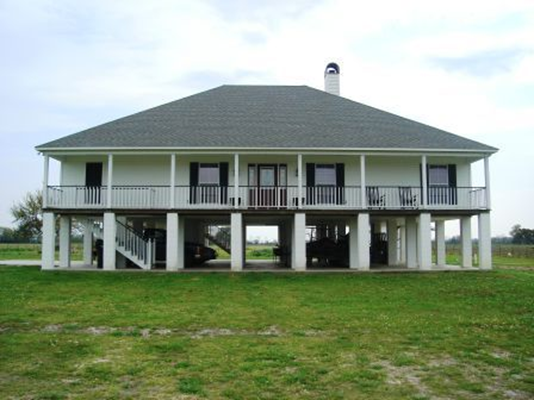 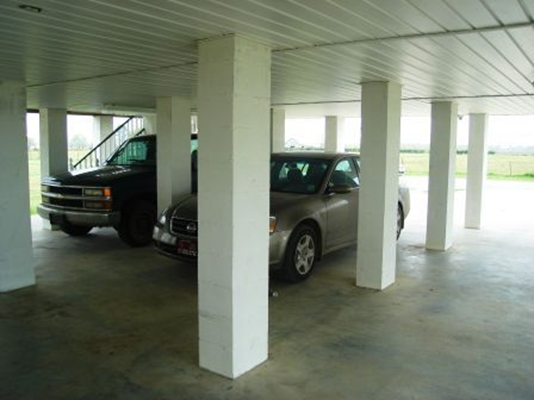 HENRY – When Craig Lee began planning the construction of his Vermilion Parish home, he learned he would be required to elevate his new house more than 8 feet above grade in order to receive a building permit. He did not understand the parish’s requirement to elevate because his brother’s house was on-grade, on the same piece of land, and in 25 years had never flooded.

“Why so high?” Lee wondered.

In September 2005, Hurricane Rita provided the unfortunate answer to his question. The vicious storm hit the Lee brothers’ properties with floodwaters 13 feet above sea level. Craig Lee’s elevated home stayed dry. The on-grade home of his brother, Keith Lee, was destroyed. Regarding the Base Flood Elevation requirement, Craig Lee admitted, “When they told me I had to go this high, I tried to get around it. Now I’m really glad that I couldn’t. [The elevation requirement] saved my house from flooding.”

Craig Lee is a carpenter by trade. His wife, Angela, is an administrator at a technical college. They made their home in Henry because they both grew up in the area and love its peaceful beauty.

“It’s like a vacation home,” Angela Lee said. “Except we get to live here year-round. We’re really happy here.”

Craig Lee elevated his house on reinforced concrete block columns. He anchored the columns 2 feet below grade, surrounded them with a chain wall and poured a concrete slab over the top. He reinforced everything with rebar, beginning beneath the slab, continuing up through the columns and wrapping the floor joists. It cost $13,000 to elevate the house.

Although his house did not flood, his property suffered some damage during the hurricane. The vinyl and insulation beneath his house were damaged by the harsh wind and wave action. He has since replaced them. The on-grade barn and storage shed were swept away by the storm surge, and he lost eight head of cattle.

“All in all, we were fortunate,” Angela Lee said “So many of our neighbors lost everything."

Keith Lee’s house was built 25 years ago, prior to the enactment of the current Base Flood Elevation standard. It was flooded with 5 to 6 feet of water during Rita. He considers it a total loss, and his family is relocating to the Lafayette area.

“We managed to get most of our clothes and some valuables up into the attic before we evacuated, but just about everything else is gone,” Keith Lee said, standing in front of the wreckage that used to be his home.