Roseau cane, Phragmites australis, is a critical component of the Mississippi River Delta. In addition to providing habitat for fish and waterfowl, the cane helps build and maintain the marsh sediment. Dense stands of strong cane protect channel banks from erosion by wave action and passing boats. The extensive root systems also keep channel banks steep and prevent water from slowing and clogging shipping channels with sediment. On a larger scale the cane helps protect the interior marsh and human infrastructure from storm surges from hurricanes.

The extent to which the scales are affecting stands of roseau cane in the Delta is currently being investigated. It appears that affected stands have reduced stem density and plant vigor, potentially opening stands and the underlying sediments to increased erosion from wave and storm action. This could be exacerbated if pressure from the scales causes similar reductions in rhizome biomass. It is currently unknown what the effects the die-offs will have on the structure of the marsh. 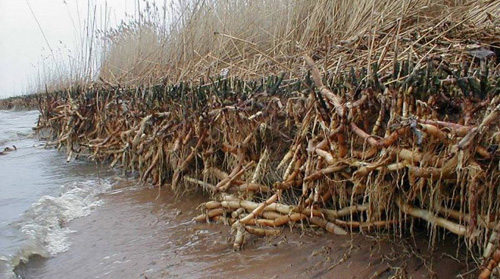 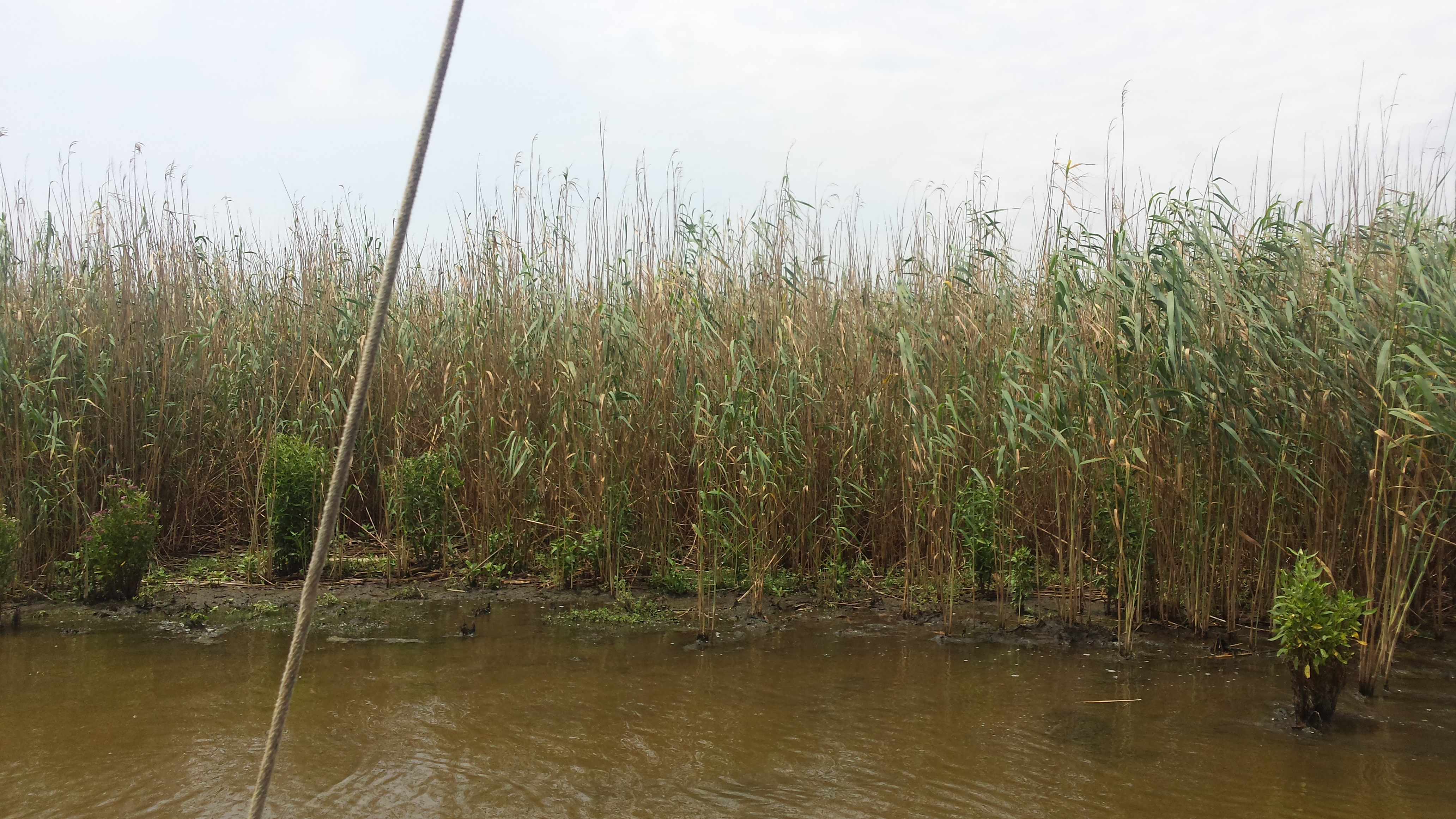 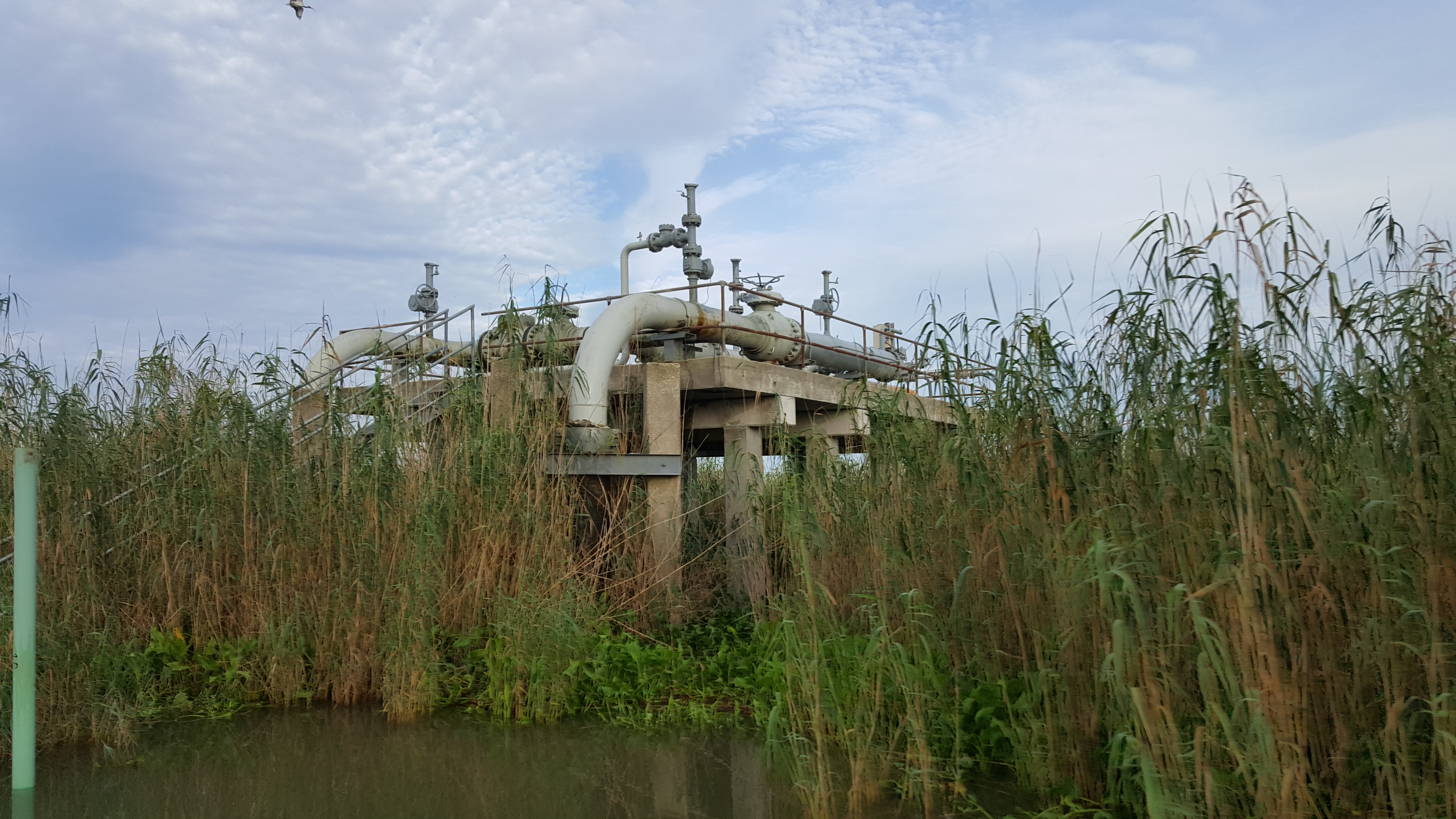 Infrastructure, including oil and gas structures, in the delta may be exposed with the loss of Roseau cane (Photo: Ian Knight)

In the fall 2016, during a survey of Roseau cane significant regions of die-off were reported from the lower Mississippi River Delta. Symptoms of the die-offs included and abundance of dead and dying stems compared to the lush green of healthy cane. Affected stands have lower stem densities and high incidence of lodging. 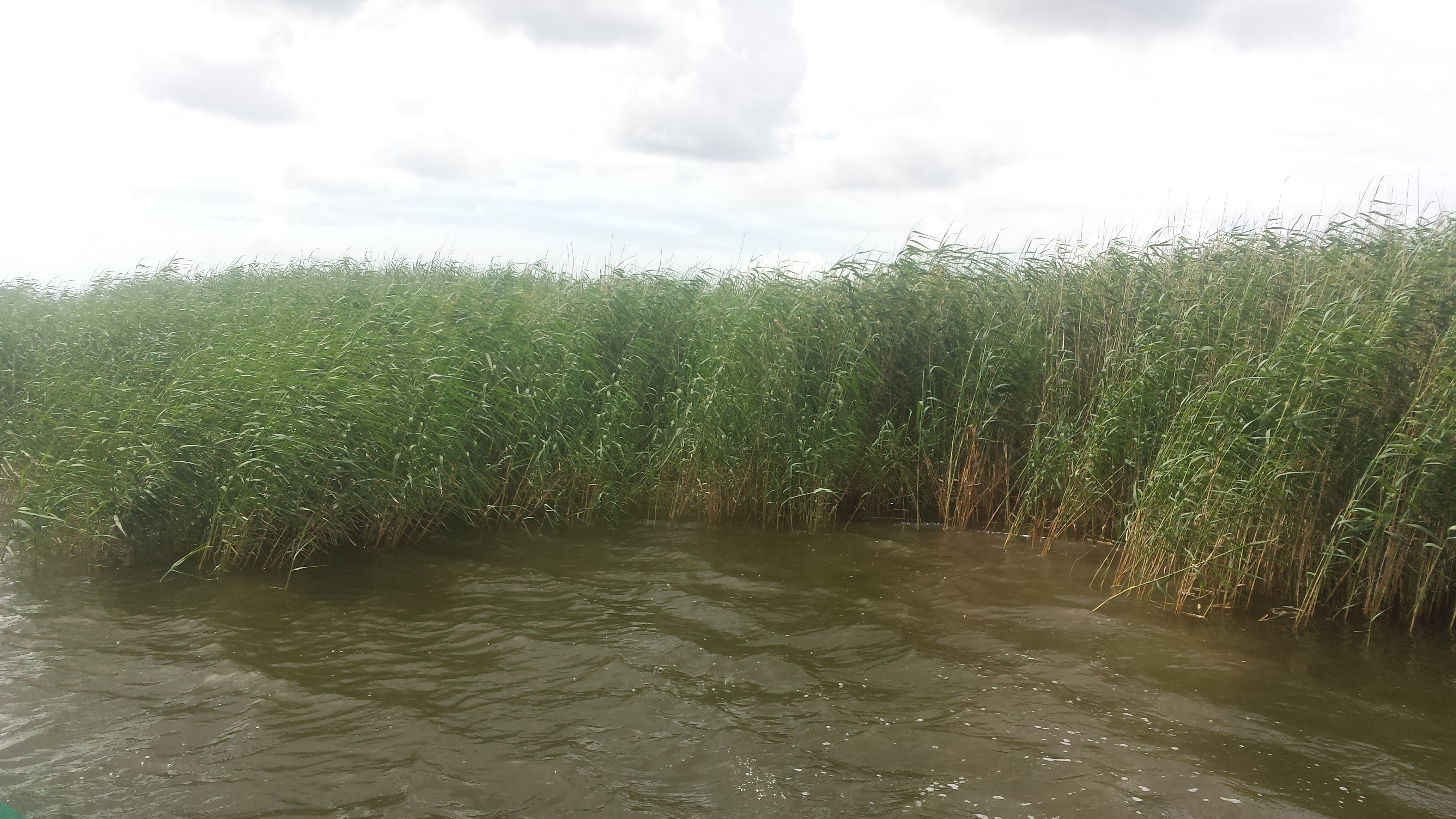 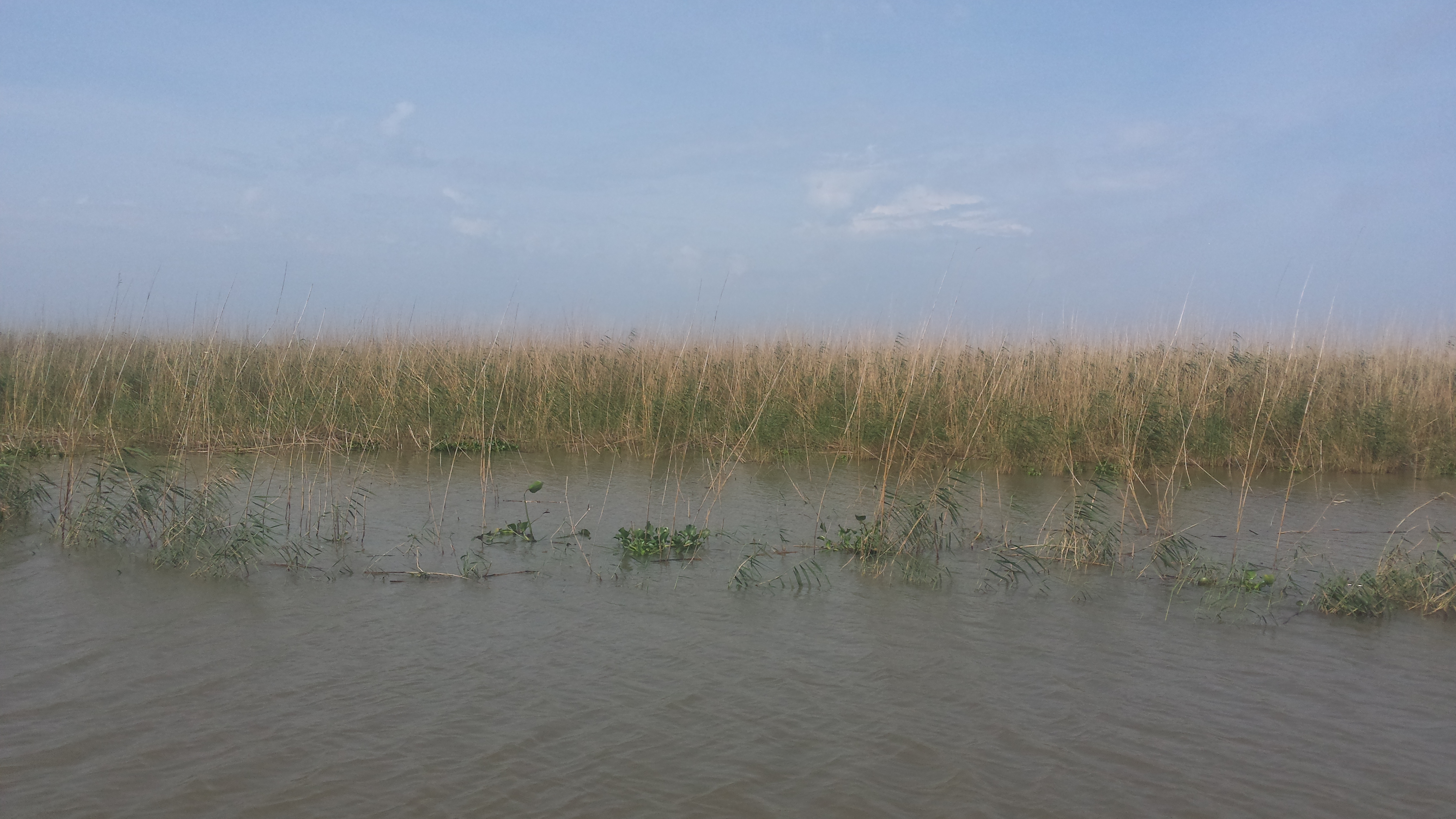 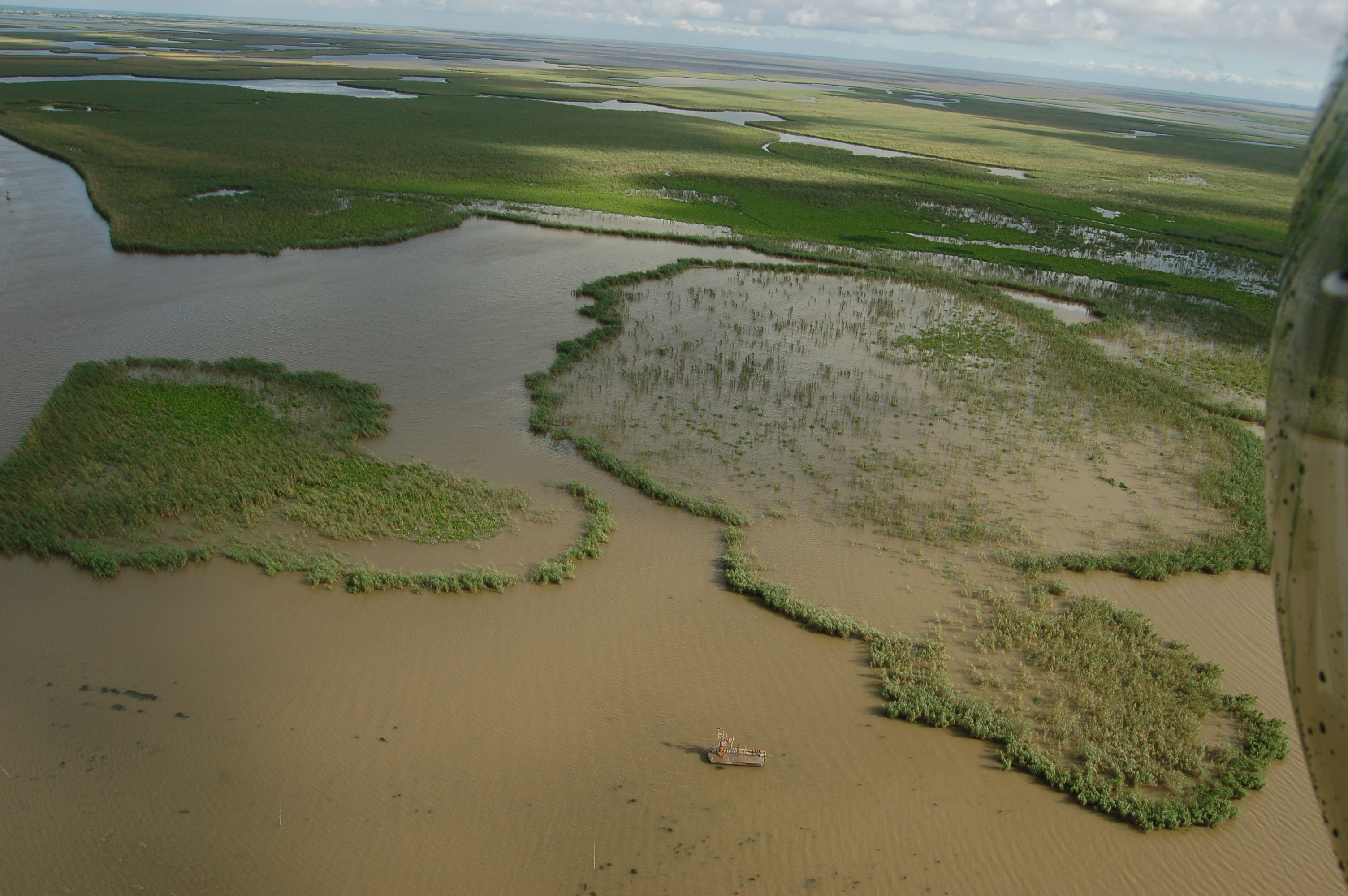 As the stands thin, they are replaced by invasive plants like taro, water hyacinth, and giant salvinia. 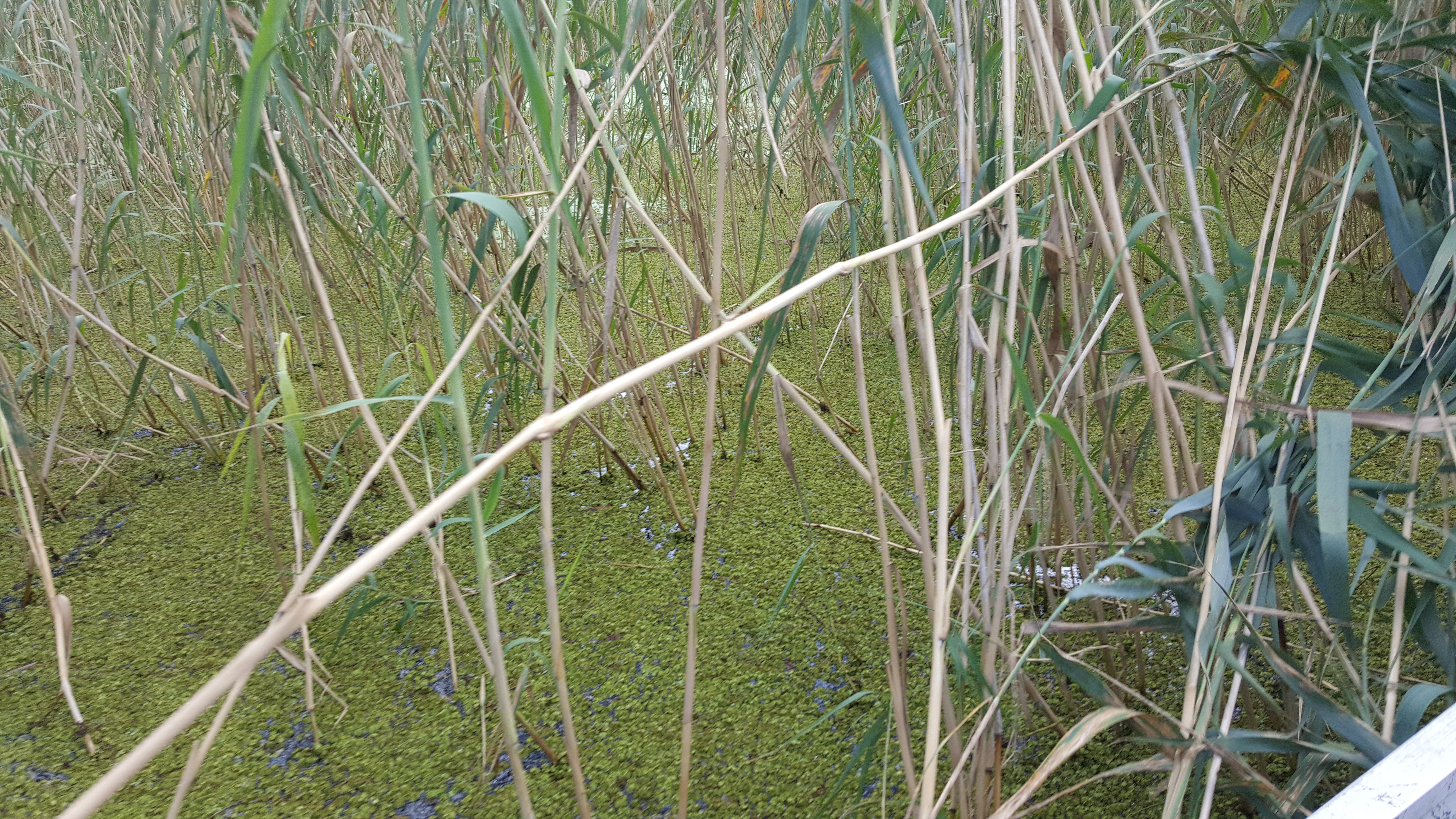 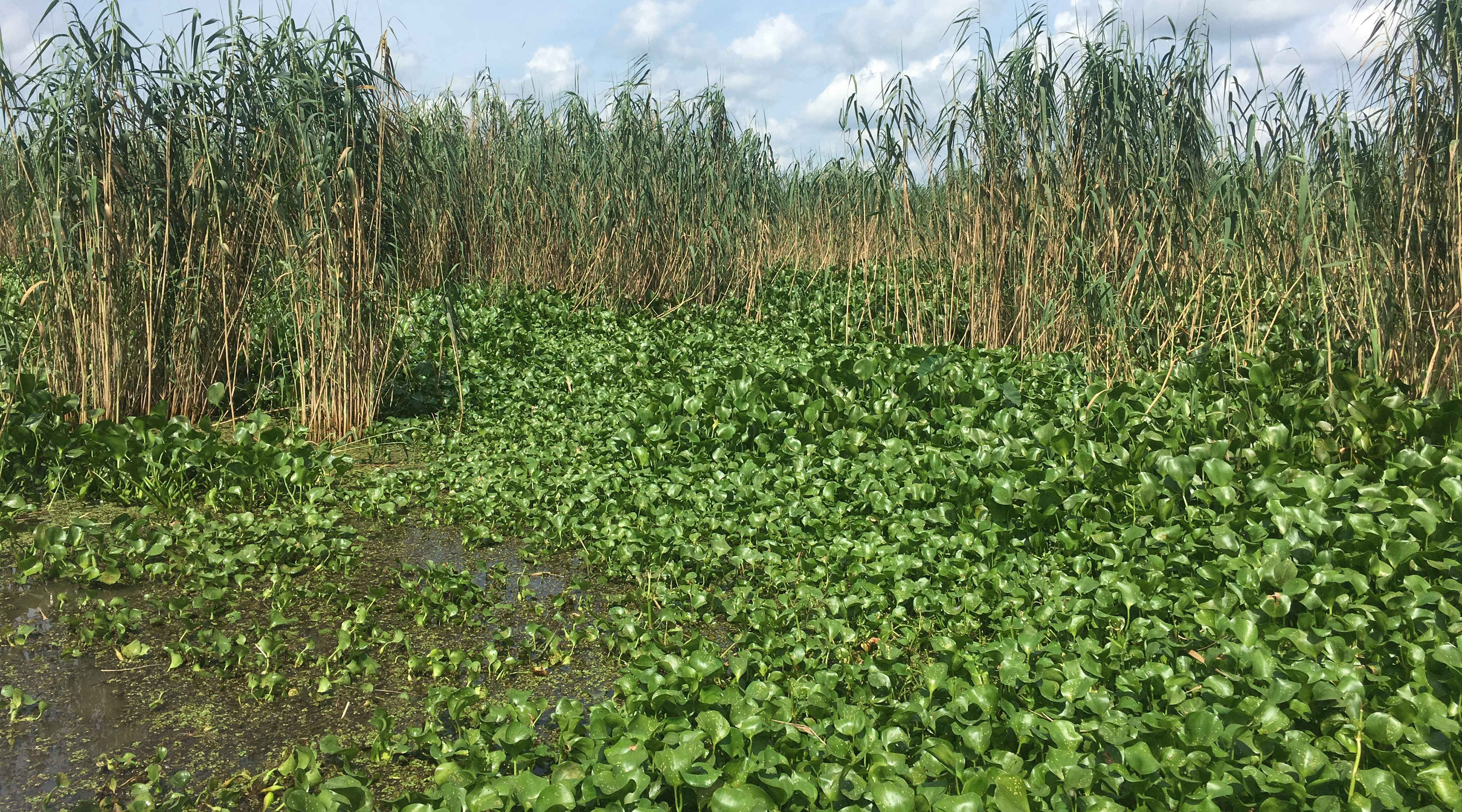 Ultimately, die-offs result in loss of much of the stand, leaving open water and dead shoots.

Similar die-offs were reported from Europe in the 90s, where the Phragmites was characterized as having “relatively low productivity, a shorter growing season, low or clumped shoot density, delayed flowering, and a lower percentage of living rhizomes compared to healthy stands” (Armstrong et al. 1996). A buildup of phytotoxic sulfides in the sediments was linked to the die-offs in Europe, but stressors including damage from stem-boring and sap feeding insects, pathogens, changes in the water table, and increased salinity are all potential factors.

While investigating the die-offs in the Delta, LDWF biologists discovered a scale insect infesting affected stands. Identified as Nipponaclerda biwakoensis, what we’re calling the roseau cane scale, is a new invasive species found in Phragmites wetlands in China and Japan. 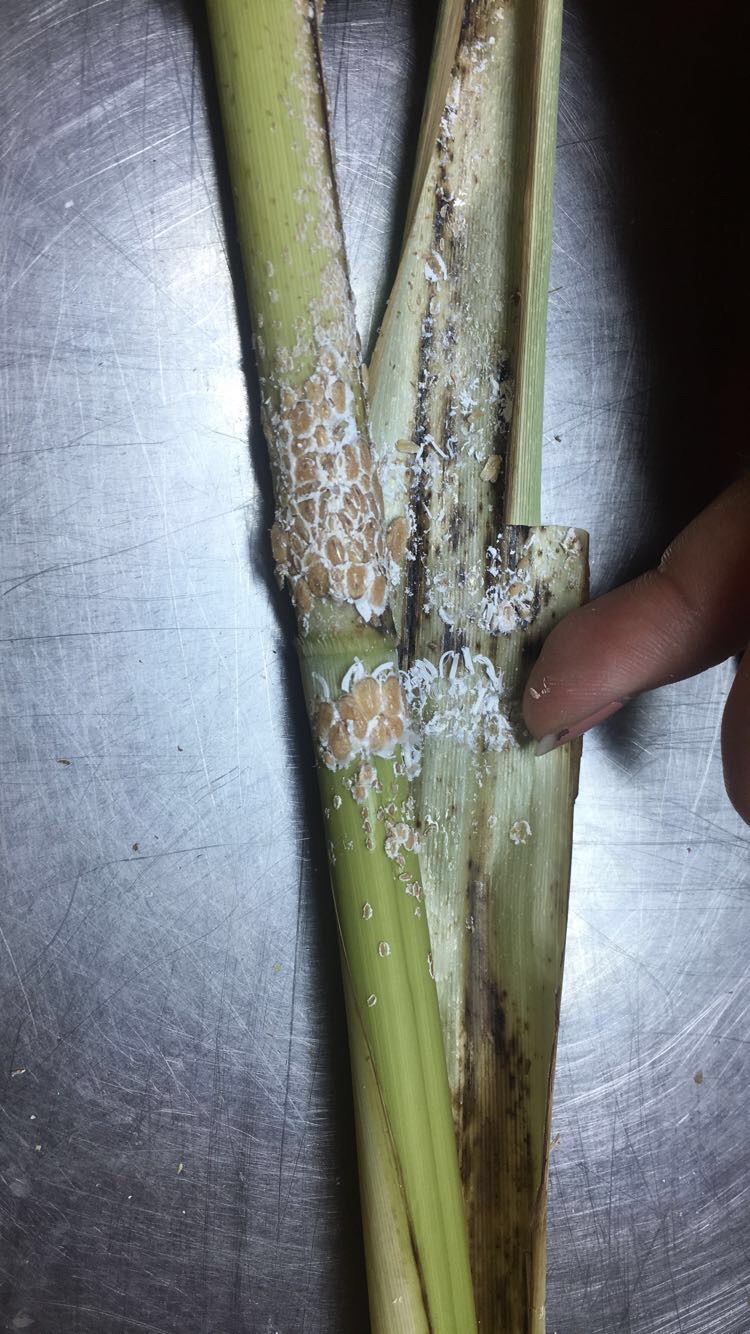 While the root cause of the die-offs is still being investigated, given the levels of infestation observed, the roseau cane scale is thought to be a factor.