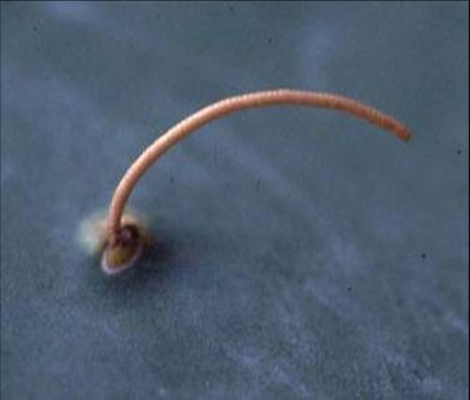 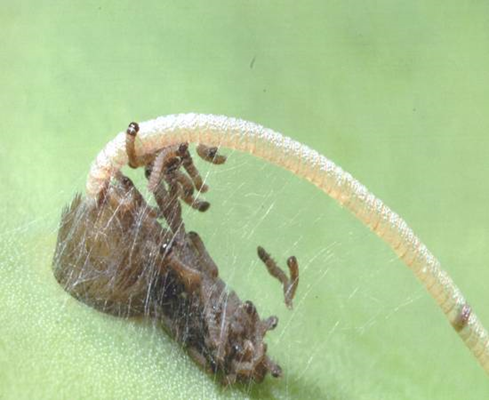 Figure 3. Eggs hatching and larva clustering at base of stick. 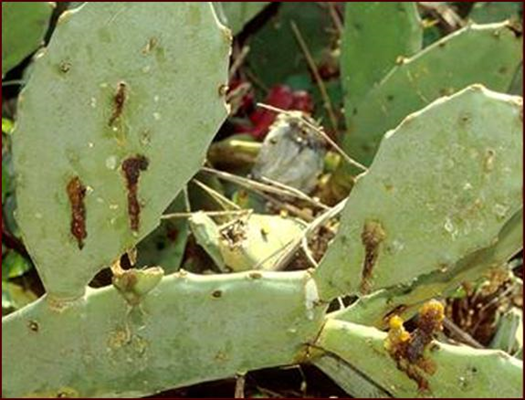 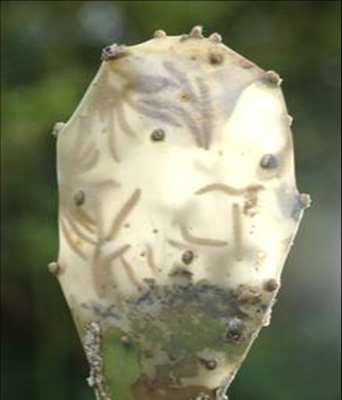 Figure 7. Translucent pad with larvae visible through pad held up to light. 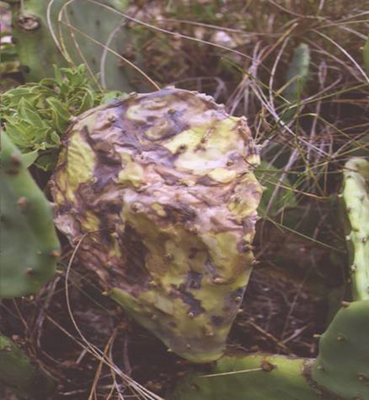 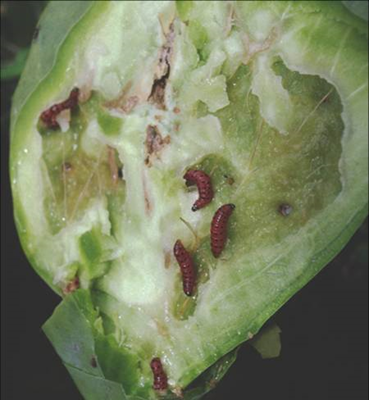 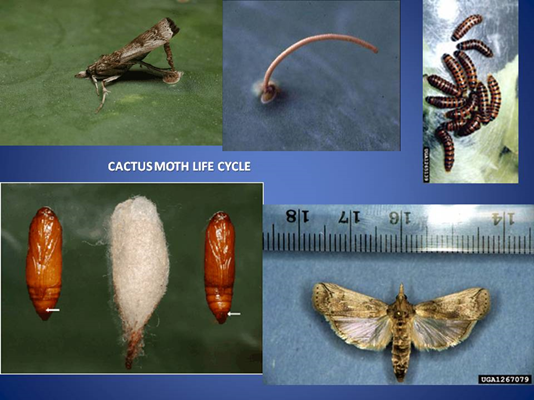 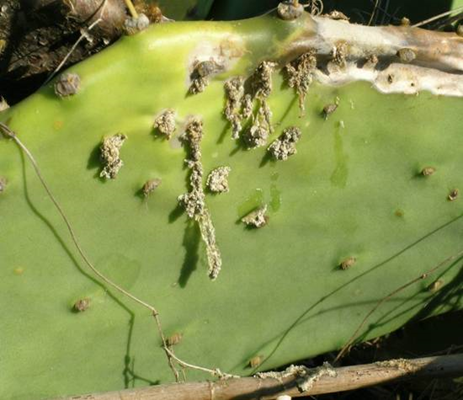 This invasive has both beneficial and pest qualities. Used in Africa and Australia to remove pest cactus, it is now in the United States removing native and ornamental cactus. In the United States, this pest has moved from Florida to Alabama to Mississippi and now Louisiana. Four sites in the Barataria Bay area with prickly pear cactus (Opuntia sp.) have been found infested with the cactus moth (Cactoblastis cactorum). First found in the United States in 1989, it is gradually moving west although there have been attempts to halt its movement. It has been found as far north as Charleston, S.C. Recently it was found in Mujeres, Mexico, about 10 miles offshore from Cancun. Now the Southwest is in a pincher movement with the moth converging from both Mexico and the Gulf States.

The adult wing span is from 22 to 35 mm. The forewings are grayish brown; the hind wings are white with the edge of the wing and the veins gray. The adults are hard to identify because the scales on the wings are easily rubbed off and are only positively identified by examination of dissected male genitalia. The larvae of the cactus moth are much easier to identify because they are bright orangish-red with black segmental spots in early stages forming black inter-segmental bands or transverse stripes at maturity. A mature larva is 25 to 30 mm long.

The female has an unusual habit of laying its eggs stacked one of the other (Figure 1.) so that the mass resembles a spine or needle on the cactus (called an egg stick, Figure 2.). The female can lay 140 or more eggs, usually with an average of 75-90 per stick. Twenty-five to 30 days later, hatching larvae(Figure 3.), crawl onto the cactus pad and bore into it – usually close to the egg stick. The larvae feed in the pads (Figure 4.) and move from pad to pad as the food source declines. The frass is pushed out of the pad and forms a noticeable pile on the ground beneath the infestation. Pupation may occur in the pad, but usually the white cocoons are found in the leaf litter or crevices in the bark of nearby trees or other protected areas.

Symptoms of infestation initially start with the egg sticks, and these are difficult without close observation. The first visible signs are the yellowing of the pads and the frass on and under the plants (Figure 5.). This is followed by increased yellowing and exudates from the infested pads,(Figure 6.) and finally the hollowing out of the pads and collapse of the infested plant (Figure 8.). When infested pads are held up to the light, the pad has a translucent appearance and the larvae can be seen feeding in the pad. (Figure 7.)  Complete life cycle figure 9.

A native of South America, C. cactorium was introduced from Argentina to Australia in 1925 to control several species of North and South American species of Opuntia. In Queensland 16 million acres of severally infested land were reclaimed for use by this insect when it was used as a biocontrol agent. It has been an effective agent for the control of Opuntia in Hawaii, India and South Africa. In 1957 it was introduced in the Caribbean, in Nevis, to control several species of Opuntia. Infested pads were sent from Nevis to Montserrat and Antigua in 1962 and Grand Caymans in 1970. Natural spread took it from the Lesser Antilles to Puerto Rico in 1963, and it is now present in Haiti, Dominican Republic and the Bahamas. Its arrival in Florida was of concern because of the native Opuntia and the ornamental species and the potential spread west as far as Texas and New Mexico where the fruit and young vegetative parts are used as human food and the chopped plants are used as cattle fodder in times of drought.

No satisfactory method of chemical control for the cactus moth is known. Overuse of pesticides and release of egg parasites like Trichogramma could have adverse impacts on desirable butterflies. There are several parasites in the native habit in South America, but the host range of these parasites would have to be evaluated and determined before release for control of the cactus moth could be approved.