Taproot decline (TRD) of soybean, caused by Xylaria sp., usually is not noticed until pod fill when interveinal chlorosis and necrosis (Figure 1) become evident from the turn row. However, the disease may cause seed rot, seedling disease (Figure 2), and plant death (Figure 3) at any point the growing season. Infected seedlings and vegetative stage plants usually go unnoticed because they are quickly covered by rapidly growing neighboring plants. Infected plants will break at the soil line when pulled. Roots will appear black when excavated (Figure 4), and are usually in contact with blackened debris from the previous season. Reproductive structures of the pathogen known as “dead man’s fingers” may appear at the base of affected plants or on other debris during periods of high humidity producing spores that resemble powdered sugar (Figure 5). Disease distribution within the row usually will have a focal point of dead plants, surrounded by those with foliar symptoms, and neighboring healthy plants. These areas may overlap creating a clustered and streaky distribution within a given field. Fields in soybean for two years or more are at risk to taproot decline, and yield losses can be significant. For more information concerning taproot decline, please read the first report at the following link: https://doi.org/10.1094/PHP-01-17-0004-RS.

Many requests for a list of susceptible/resistant varieties have been received prompting the release of preliminary data. During the past two off-seasons in the greenhouse, we have challenged varieties from the 2016 Official Variety Trials against the pathogen, Xylaria sp. The process is briefly described hereafter. We used sterilized millet infested with the pathogen to infest growing medium. Inoculum was standardized using inoculum concentration experiments (data not shown). A total of 145 varieties were screened. During each “run”, 4 replications of 40 varieties (4 seed/4” pot, planted in a linear furrow) were either inoculated at planting or left non-inoculated then removed to flood-irrigated greenhouse tables for three weeks. Plant roots were harvested, dried to final moisture, and weighed. The experiment was repeated once, and paired t-tests (α=0.05) were used to compare inoculated (n=8) vs. non-inoculated (n=8) root weights for each variety. For simplicity, we present the results here as the percentage of root weight reduction.

Table 1. List of TRD-resistant varieties as determined by inoculation and response.

Table 2. List of varieties moderately resistant to TRD as determined by inoculation and response.

Table 3. List of varieties moderately susceptible to TRD as determined by inoculation and response.

In addition to variety selection, data from research trials, numerous observations, and other anecdotal accounts indicate that tillage and/or rotation will reduce TRD incidence and mortality. To date, there are no recommended seed treatments for taproot decline. Ongoing research indicates that a few fungicides applied in-furrow at planting may be effective on the pathogen. Taproot decline is soil/debris borne; therefore, avoiding spread via equipment is recommended. More research is needed to develop and further refine management strategies for taproot decline.

For more information on these topics or others, please contact your local extension agent, specialist, nearest research station, or visit www.lsuagcenter.com or www.louisianacrops.com. 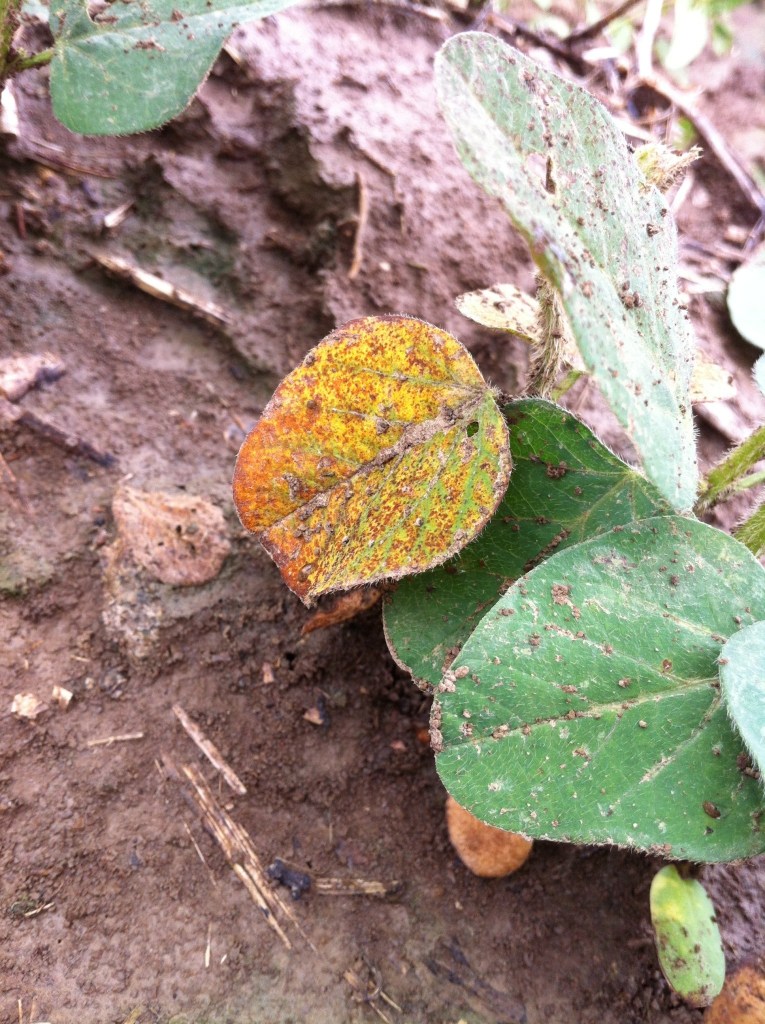 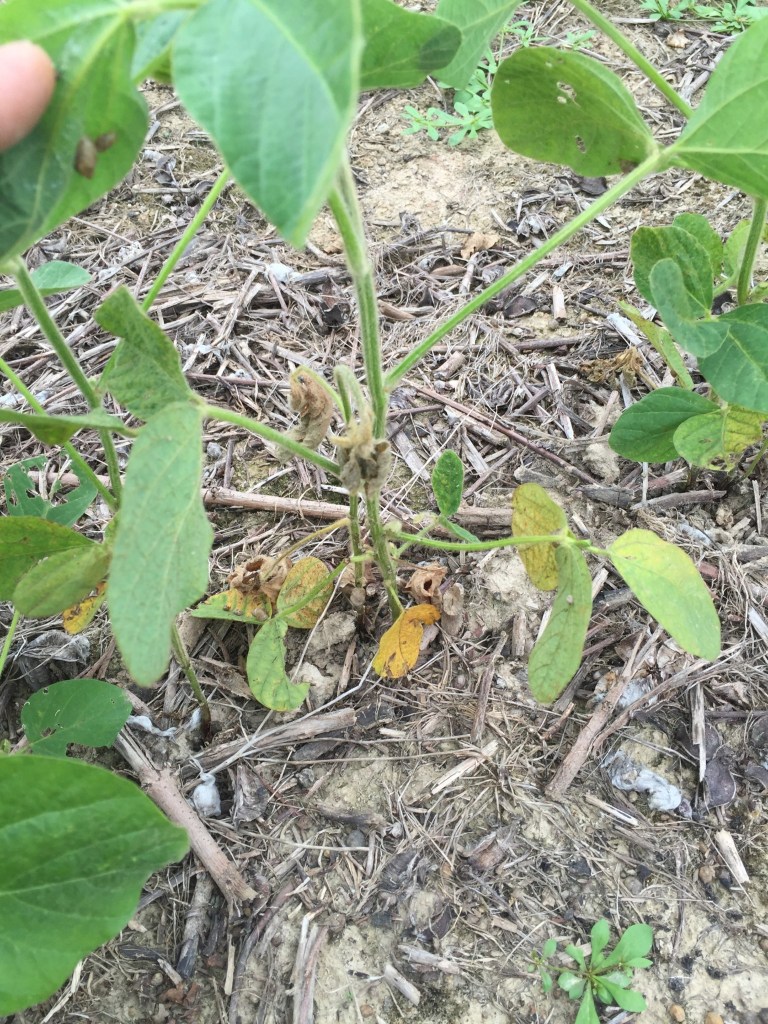 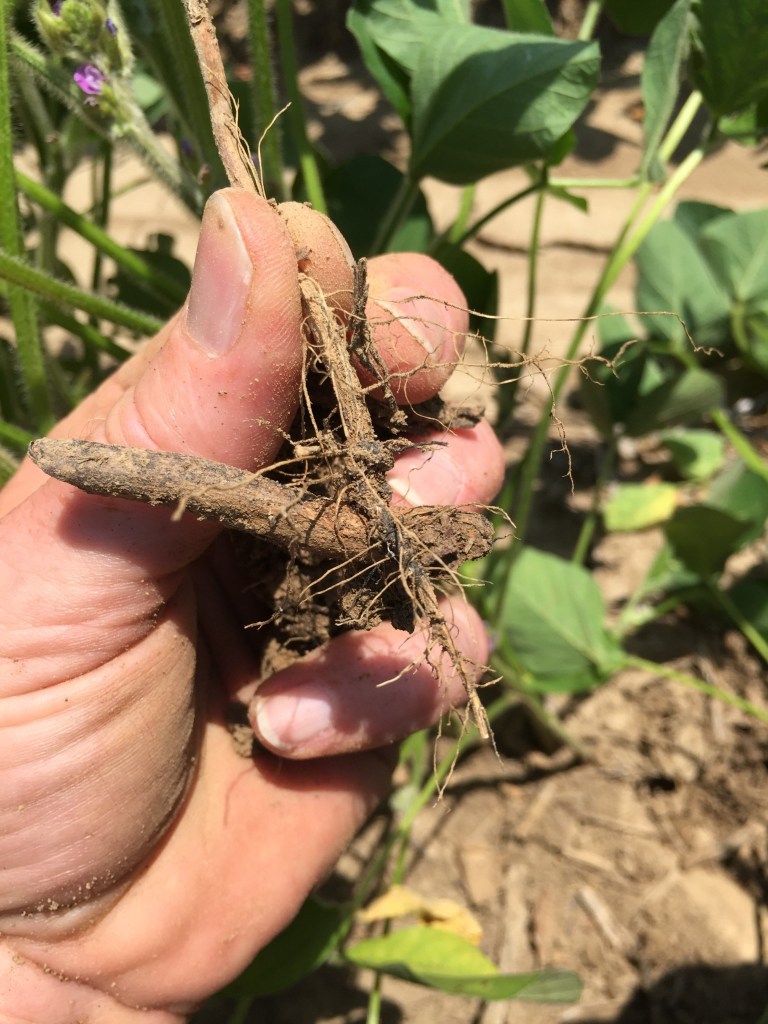