Lately I have been receiving more calls about soybean loopers and redbanded stink bugs in late soybeans. Soybean loopers are late season pests that usually do not arrive in large numbers until August. These defoliating insects are often intensified by the use of broad-spectrum insecticides for control of three-cornered alfalfa hoppers and redbanded stink bugs. These applications effectively sterilize soybean fields; this often includes natural enemies which can keep soybean looper populations in check. The threshold for soybean loopers in Louisiana soybeans is 8 worms ½ inch or longer per row foot or 150 worms in 100 sweeps.

Soybean loopers have developed resistance to many insecticide chemistries and effective control measures are primarily limited to lepidopteran specific insecticides. However, the LSU AgCenter Soybean Entomology Lab (under the direction of Dr. Jeff Davis) has documented soybean looper insecticide resistance to methoxyfenozide (Intrepid 2F) in areas of North and South Louisiana. Rates of Intrepid below 6 oz/acre and prophylactic applications, with a fungicide, before the presence of loopers are not recommended. Belt (2-3 oz/acre) and Steward (5.6-11.3 oz/acre) are effective in controlling soybean looper populations with Belt providing residual efficacy of 14 days or more depending on application volume and rate.

Routine scouting is required for both of these insects in soybeans. The flighty nature of redbanded stink bugs and large populations of soybean loopers can result in significant yield losses if populations are allowed to increase unchecked.

For more information or if you have any questions or concerns please contact Sebe Brown, or Drs. Jeff Davis, David Kerns or Julien Beuzelin. 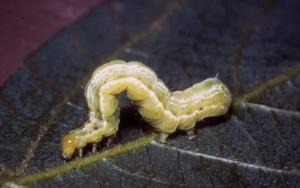 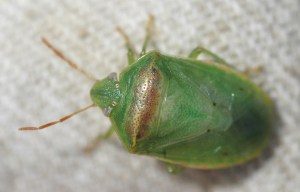 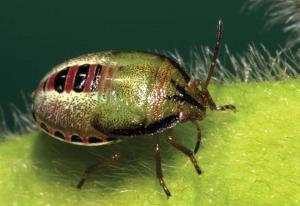