Damage to Corn From Flooding

During the past weekend, portions of our corn-producing areas received in excess of 6-8 inches of rainfall, which has created flooding in corn fields. A significant portion of the state’s corn fields are between emergence and the 2-3 leaf stage. Corn is extremely vulnerable to flooding prior to the 6-leaf stage or when the growing point is near or below the soil surface. Two to four days of flooded conditions is the most that corn can survive when it is less than the 6-leaf stage. After about 48 hours of flooding, the oxygen supply in the soil is depleted. With oxygen being depleted, the corn plants cannot perform or sustain important functions such as nutrient and water uptake, which is being impaired and inhibiting root growth.

Air temperature is an important factor for the survival of corn under flooded conditions. When warm temperatures greater than 77 degrees F are experienced, corn may not survive even 24 hours. Cooler temperatures prolong the survival, and once the growing point is above the water level, the likelihood for survival improves greatly.

Also, just because corn plants survive a flood in their early stages of development, there still might be a long-term negative impact on crop development and ultimately yield at the end of the season. An overabundance of soil moisture during the early vegetative stages retards corn root development. The implications occur later on during the growing season when it becomes dry and the root systems are not adequately developed to access available subsoil water. Also, be aware that flooding can result in losses of nitrogen through denitrification and leaching.

Overall, crop injury to flooding of less than 48 hours should be limited. To check plants for survival, the color of the growing point should be white and cream colored. A growing point that is darkening or is softening usually precedes plant death (Figure 1). Be sure to look for new growth three to five days after water drains from the field.

Another issue related to flooding is disease problems such as crazy top. This disease develops when soils have been flooded shortly after planting or before plants are in the 4-5 true leaf stage. Saturation for 24-48 hours is sufficient for infection to occur.

In addition to corn growth and development, those producers who have already applied N may have to worry about the amount of fertilizer lost during these saturated periods. While N loss during these saturated events often occurs, the amount of N loss varies highly with environmental conditions and management practices. Nitrogen loss can occur through leaching (downward movement of N within the profile) or denitrification (the gaseous loss of N to the atmosphere). Both loss mechanisms occur on soil nitrate, with very little to no loss mechanisms with the ammonium or urea forms. This makes application source one of the most critical aspects. With most producers applying some form of UAN, at application, 25% of the application rate is in the nitrate form and, in turn, susceptible to loss. Of the other 75%, 25% is in the ammonium form and 50% is urea. While both the ammonium and urea forms are less susceptible to saturated losses, the transformation from ammonium to nitrate can occur very rapidly in most soils. Therefore, application timing is also a critical aspect. Fertilizer that has been recently applied is less likely to have a large portion of ammonium transform to nitrate and, therefore, less likely to be lost. However, application seven to 14 days ago can result in higher levels of nitrate in the soil and, in turn, higher potential loss.

Environmental conditions can also influence the amount of N lost during saturation events. When these events occur in warmer conditions, high N can be lost more rapidly than during cooler conditions. Soil microbes responsible for denitrification losses have increased activity with higher temperatures. Luckily, most of the areas that have experienced these saturated conditions have remained cool. Cooler conditions require these fields to be saturated longer for substantial N loss to occur.

Limited information is currently available on the use of “rescue” N application to account for any potential N losses. Oftentimes, if the system has been saturated for long enough for substantial N loss to occur, corn yield potential will also be negatively affected. While it is difficult to follow these events, the best management would be to allow the corn to bounce back and re-evaluate N needs as the corn recommences growth. If additional “rescue” N application is needed, oftentimes mid- or late-season application will suffice. 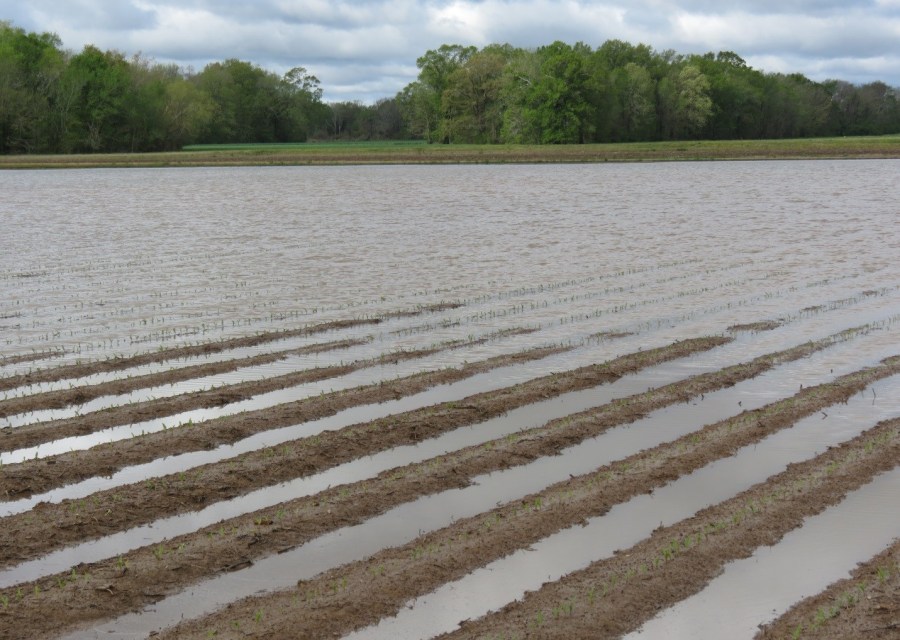 Figure 1. Corn plant in the V2, early V3 stage of growth and the location of the growing point in relation to the soil surface.