I have been receiving reports of true armyworms and chinch bugs in corn. True armyworms will usually move into corn once grass hosts have been exhausted or a recent burndown application has been made removing their primary host source.

Corn planted in close proximity to wheat is also susceptible to damage by migrating armyworms. Infestations are typically found around field margins where armyworms have migrated from a wheat field or grassy area. True armyworm damage gives corn plants a tattered appearance with frass (insect feces) present on the leafs or in the whorl of the plant during active infestations.

Most transgenic corn varieties offer protection against armyworm damage. However, single gene varieties such as Yield Guard and Herculex 1 may be overwhelmed when large populations of armyworms are present. Adverse environmental conditions can influence the expression of Bt genes in corn, and larval size is also a contributing factor for control. Normally large larvae are more difficult to control than small larvae.

As long as the growing point has not been injured, young corn (up to V4) can withstand substantial amounts of defoliation and not see a significant drop in yield. Grass control around fields can help prevent outbreaks of armyworms.

Chinch bugs are small insects 1/5 to 1/6 inch in length, with a black body and white front wings creating a white X when viewed from above. Immature chinch bugs resemble the adults only smaller and lacking wings. Nymphs range in color from reddish brown to black in later instars.

Chinch bugs are typically active on grasses in and around fields and movement to seedling corn is common. Damage by both adults and nymphs causes corn to have a reddish appearance on the stem and leaves.

Continued feeding can cause plants to wilt and eventually die. Corn is most susceptible in the seedling stage when plant growth is slow and conditions are dry. Seed treatments and soil insecticides will typically give an 18 day window of protection after emergence. Once plants have surpassed the most susceptible stage, chinch bug damage becomes less of an issue.

If plant growth is slow and chinch bug numbers have reached 5 or more on 20% of plants 6 inches tall or less, a foliar rescue treatment should be applied to stop injury.

When using ground equipment, a high volume, high pressure sprayer delivering a minimum of 20 gpa should be used. Aerial applications should only be used if ground equipment cannot make it across a field.

If an application is deemed necessary, bifenthrin would be the product of choice for ground and air. 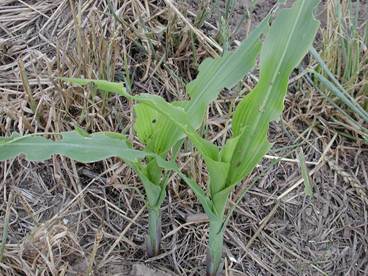 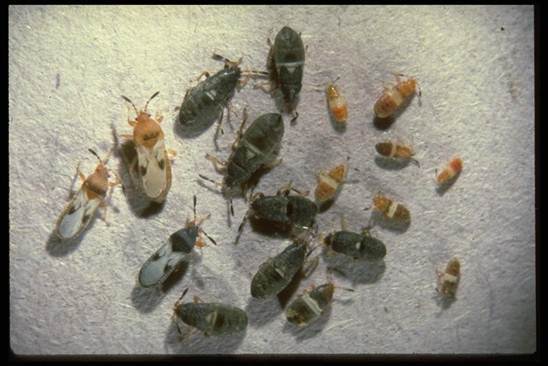 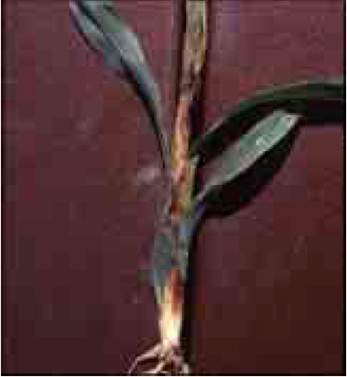