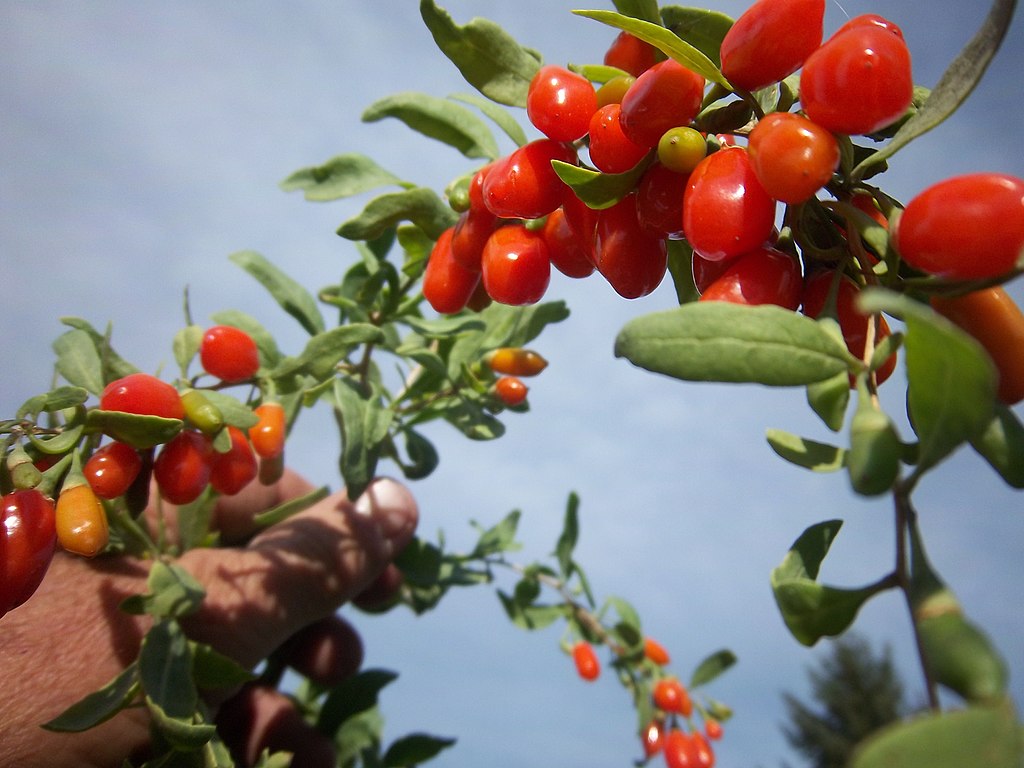 Mongolian Goji Berries by Johnny MrNinja is licensed under CC BY 2.0

Exotic “superfruit” products are the latest addition to the booming popularity of “superfoods,” a marketing category (as opposed to a scientific one) that includes antioxidant-rich foods and beverages, such as red wine, dark chocolate, tea and blueberries. “Superfruits” is an expression that is frequently used to refer to fruits that have extraordinary antioxidant and nutrient qualities and provide benefits over and above the basic nutrition. Antioxidants are man-made or natural substances that may prevent or delay some types of cell damage. Exotic fruits like acai berries, goji berries, mangosteen, noni and pomegranate have earned this distinguished status. These fruits have exceptional amounts of vitamins, antioxidants and phytochemicals (various biologically active compounds found in plants) that play a significant role in preventing various diseases. There is no clear, well-established relationship between antioxidant values and any health outcome. Despite that, scientists all seem to agree that eating lots of fruits and vegetables is good for you. Additionally, scientific studies consistently show the benefits of daily exercise. So, I want to encourage you to get outside and combine the two with a healthy gardening activity like growing goji berries.

Goji is also known by a number of other names, including goji berry, wolfberry, boxthorn and matrimony vine. In China, where most of the world’s commercial goji berry production is found, most plants with high-quality fruit are from plants of Lycium barbarum. Wondering how goji berries taste compared to other fruits and how you can use them? Good news. Most people find their taste totally pleasant. They add a chewy texture to recipes, and, in terms of their flavor, you can think of goji berries like a cross between cranberries and cherries. They look similar to raisins because they’re normally dried, but they have a brighter pink color and a special sweet, tart “bite” to them.

The goji plant is a slightly thorny deciduous woody shrub that is typically 3 to 6 feet tall when cultivated and pruned, though plants can reach 12 feet tall in their natural state. Goji is a member of the solanaceous (tomato or nightshade) plant family, so its cultural and nutritional needs are similar.

Goji plants are adaptable and grow in a range of soil types with a preferred pH of 6.5 to 7.0. Goji won’t tolerate salinity well and prefers high-fertility soils. The best growth is made in relatively light soils that are well-drained, such as sandy loams or loams in areas with plenty of sunshine.

Breeding efforts in North American have been undertaken only within the last decade. Currently, only two named varieties, Crimson Star and Phoenix Tears, are widely available. Some nurseries sell Big Lifeberry and Sweet Lifeberry.

Otherwise, plants may be grown from open-pollinated seed, but plant growth habit and productivity may be variable. Growers who intend to buy plants may wish to ask whether the plants were vegetatively propagated from superior clones or were grown from seed.

Plants grown from seed are similar in appearance to tomato seedlings at first. Seedlings and young plants are likely to be variable in appearance. Dormant nursery stock should be planted in spring once danger of frost is past.

Mulching after planting with an organic mulch can keep down weeds, moderate root temperatures and promote establishment. Irrigation is highly recommended, especially during the establishment year because the root system is fine and can easily dry out, and the fruit are prone to blossom-end rot under conditions of low or uneven moisture. However, overwatering should be avoided. Plants should be spaced 3 to 5 feet apart within the row and at least 6 to 8 feet between rows, though wider between-row spacing may be needed to accommodate equipment.

Time to Maturity and Yield

Plants will begin fruiting two years after seeding or the year after planting if 1-yearold transplants are used. Full yields will be reached four to five years from seeding. Maximum yields in China are reported to be about 7,000 pounds per acre.

A good starting point would be to amend the field as you would for tomatoes. Nitrogen at 3 ounces per 100 square feet per year is recommended for a mature planting and is split into three applications applied at bud break, at flowering and then as fruit begin to ripen. Plants are sensitive to high salt levels; compost can be used to provide nutrients as long as salt levels are not excessive.

Fruit are borne on the current year’s wood, mainly from the wood grown in the spring and fall. The goals of pruning are to limit plant height, improve ease of harvest, encourage light penetration into the plant, improve foliage drying and encourage formation of lateral branches to maximize fruit production. Canes that are untipped will continue to grow and produce few lateral branches, while canes that are headed back will produce more laterals and higher yields.

Little research has been conducted to determine the best pruning methods for our region. However, in other production areas, plants are usually limited to one single main stem. Pruning is done during the dormant season to remove spindly canes, remove dead and damaged wood, improve plant shape and shorten laterals. During the summer, pruning is done to head back growth, encourage lateral formation and remove new shoots. One of the most important goals of pruning is to produce an open-canopy structure that allows plenty of sunlight infiltration.

Plants first bloom in late spring to early summer, and fruit will begin to ripen in mid-summer. Harvesting is completed by hand, as the berries leak juice and turn black if they are bruised or squashed. Berries are currently sold mainly as a dried product, but they can also be sold and eaten fresh or turned into juice. Labor requirements are substantial.

In other areas pests have included leafhoppers, Japanese beetles, thrips, aphids and spider mites. Diseases included anthracnose, early blight and powdery mildew. Blossom-end rot can be an issue as well if moisture levels are uneven. Aphids and gall mites have been problematic in other countries, and birds are reported to have an affinity for the fruit.

Why Should You Grow Goji Berries?

This shrub is easy to grow and will reward you with loads of nutritious berries over a long harvest season. Goji berries are rarely grown commercially in the United States, and their shelf life is short, so fresh berries can seldom be found at local supermarkets or farmers markets. Therefore, home growing is the way to go for fresh gojis. Also, dried gojis aren’t cheap, and the overwhelming majority of commercial goji berries comes from China, where information about how they’re grown isn’t usually available. If you like knowing where your food comes from and how it’s grown, you definitely should try tending these plants yourself.