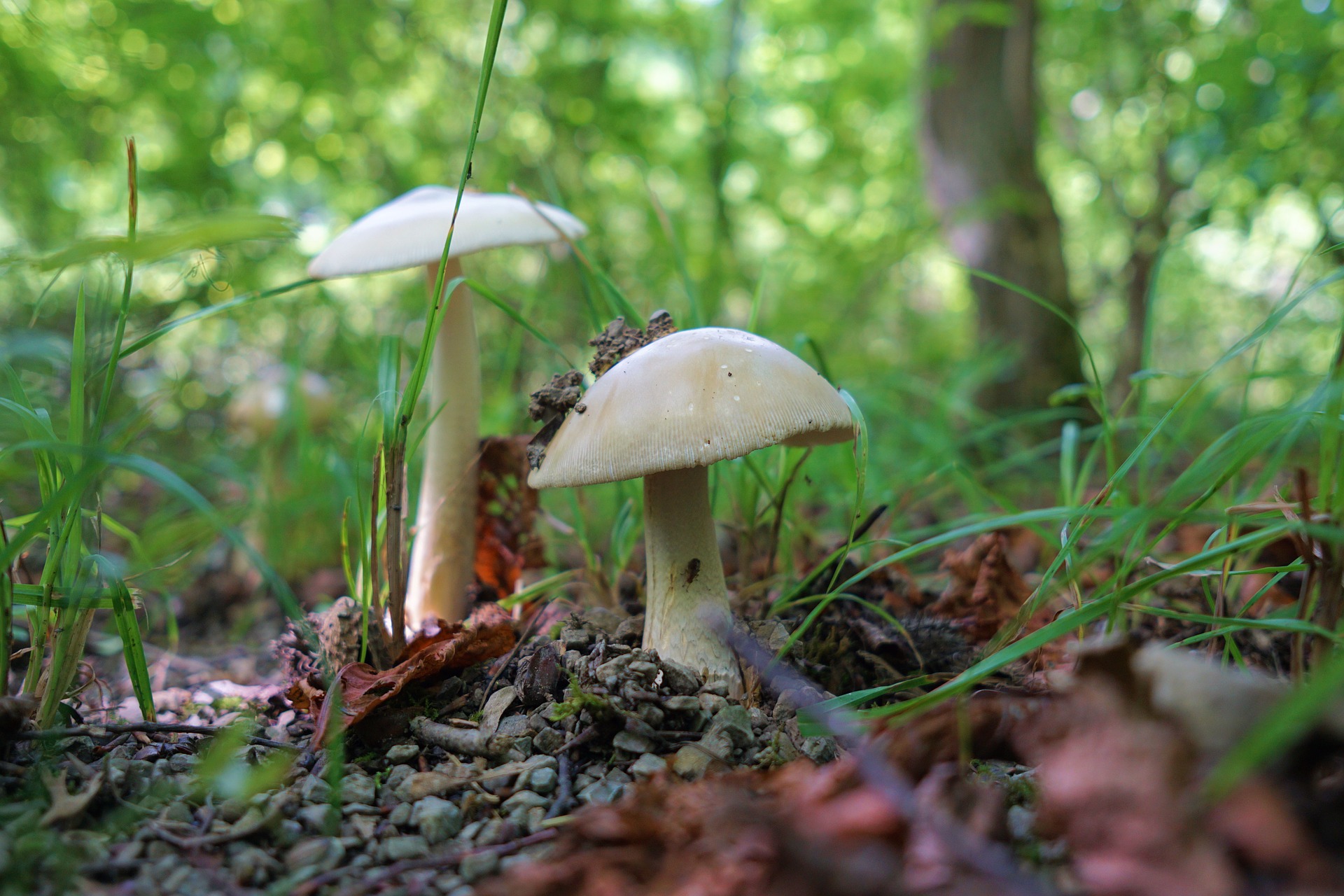 Saprophytic fungi are beneficial organisms that decay dead organic matter. They contribute to a healthy soil and garden. Saprophytic fungi are always present in our lawns and gardens, quietly decaying organic matter. We just don’t usually see them — although you may occasionally see the white threads of saprophytes when you move decaying mulch or compost. But after a generous period of rainfall in summer, many of these fungi make their presence known by sending up mushrooms — lots and lots of mushrooms.

It’s important to understand that the mushroom is not the fungus. It is simply a growth from an organism living in the soil and the layer of organic matter on the surface. Mushrooms are the reproductive structures (called “fruiting bodies”) of certain fungal organisms. Their role is to produce spores and release them. You can kind of think of them like flowers.

A rose flower is produced by the rose bush. You can pick a flower from a rose bush, but the bush is still there and will produce more flowers. Just like this, you can remove the mushrooms you see, but the organisms producing them are still there. Simply removing the mushrooms does not keep them from coming back.

These fungi and the mushrooms they produce are not harmful to your lawn or other plants in your yard, and there is no need for concern in that regard. It is remotely possible some of the mush- rooms may be poisonous. So, in cases where pets or small children may have a chance to consume them, they should be promptly removed when they appear. For everyone else, ignore them or mow them down.

There are no practical treatments to kill off the fungi that produce the mushrooms. The fungicides available for controlling pathogenic fungi that attack our plants will not be effective, so you simply waste money and time if you use them. Where you see mushrooms growing relates to the amount of organic matter available to the fungi and where, by chance, spores land and grow. So, you do see variation from yard to yard and area to area in the same yard. As you encounter mushrooms in your lawn and gardens over time, remember they are generally harmless and can be ignored for the most part as long as you watch young children and pets. They are a nuisance, not a catastrophe.