Electrolytes for the performance horse

Electrolyte supplementation is vital to a performance horse’s overall health and athletic ability. Electrolytes are involved in the control of multiple physiologic processes within the body including muscle contraction, thirst regulation, nerve function, blood pH, and hydration. Sweating is your horse’s primary method of thermoregulation, and during performance events horses may lose a large quantity of sodium (Na+), potassium (K+) and chloride (Cl-) through sweat. Electrolyte imbalance caused by prolonged exercise or sweating can lead to fatigue, muscle weakness, reduced performance, dehydration, and in extreme cases, even death. Therefore, it is crucial that your performance horse begins any athletic activity hydrated with properly balanced electrolytes to ensure peak performance.

The best source of electrolyte replacement is a fortified grain, which will provide enough sodium (Na+) and chloride (Cl-). And, good quality hay will contain adequate potassium (K+) for the idle or light worked horse. Research has shown that athletic horses benefit from additional electrolyte supplementation before and after competition. Horses that are supplemented with electrolytes prior to an exercise bout are able to perform 33% longer than horses that are not given electrolytes. Although it is beneficial to provide electrolytes prior to exercise, complete recovery does not occur until 20 hours following athletic performance. Providing water alone to a horse with electrolyte imbalances will only further dehydrate the horse. Therefore, it is important to continue electrolyte supplementation following exercise to restore your horse to its optimal performance level.

There are many electrolyte products available. However, when choosing one for your horse make sure that sodium chloride (salt or NaCl) and potassium chloride (KCl) are the first two ingredients. Many believe that the addition of sugar (dextrose) into the formula will increase the electrolyte uptake. Research, however, has shown that electrolytes containing sugar do not change the rate of water or ion uptake when compared to a solution without sugar. It also is important to note that if you choose a formula containing sugar for ease of administration, you will not meet the salt recommendations without feeding abnormally high doses.

The easiest way to administer additional electrolytes is to add them to your horse’s water, but always provide an additional source of clean drinking water until they become adapted to the taste. You also can also mix them with feed or dose them with an oral syringe by adding a small amount of water. Some researchers suggest that mineral and salt blocks may create a taste aversion due to the high concentration, and may not be the optimal source of sodium for athletic horses.

Electrolytes are essential nutrients for athletic horses. Feeding quality hay and grain will provide adequate electrolyte balance for a lightly worked horse, while animals expected to perform at a higher level will require additional electrolyte supplementation to attain maximum performance. Performance horses have specific nutritional needs to sustain their career, and electrolyte supplementation is one way to ensure the success and overall health of your horse.

2 electrolytes for the performance horsepdf 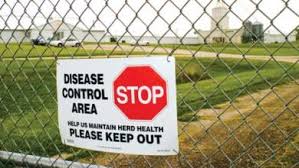 Recently, at the 2016 LSU AgCenter State Livestock Show, we experienced a disease situation with a pig. An exhibitor came to us to ask about their show pig and the symptoms the pig had. When we looked at the pig we determined rather easily that the pig had erysipelas. Erysipelas is a fairly common swine disease that usually does not cause mortality. However, the disease is highly contagious and does cause morbidity.

The classic symptoms of erysipelas are high fever, skin lesions or welts (these lesions are red to purple in color, diamond shaped, and can start anywhere on the body but usually start around the ears, head and underline), going off feed, and sometimes shivering or shaking. Usually antibiotics, or a combination of antibiotics, cure the affected pig. But, keep in mind, any pigs around the diseased pig are subject to contracting the disease.

Another important concern with erysipelas is that it is a zoonotic disease (which means that humans can contract the disease from pigs). Usually the strain that affects humans is slightly different than the swine strain, but not always. I have not heard any feedback since the show with people complaining about their pigs becoming sick. However, to illustrate my point about the disease being zoonotic, two exhibitors that came into contact with the pig were diagnosed as having erysipelas soon after the show concluded. I am happy to report that both exhibitors were treated and are doing fine now.

This example reinforces the need for biosecurity for show pigs and large market hog operations. Biosecurity for a youth swine project actually begins before the exhibitor purchases the pig. Biosecurity is a continuous process and involves preventing outside people, equipment or other animals from spreading disease to your pigs.

Thus, exhibitors should purchase pigs from farms that have a quality herd health program and that adhere to strict biosecurity procedures on their farm.

You can help prevent swine disease from spreading by using clean, farm-specific clothes and boots when working with your animals. Disease also can be prevented by cleaning, disinfecting, and allowing vehicles and show equipment to dry after a show. Finally, and extremely important, disease can be prevented by isolating animals that have been purchased or those that are returning from a show. Isolation does not mean that pigs are placed in a different pen in the barn. True isolation is placing pigs on a property separate from the other pigs. Furthermore, a week of isolation is not long enough. Pigs need to be isolated for a minimum of 30 days, and I even prefer 60 days when possible.

Last but not least, your pigs have a much better chance of remaining healthy if you work closely with a veterinarian. All exhibitors need to develop and relationship with a veterinarian in their area. A veterinarian can help you adapt biosecurity guidelines to the type of production system (show pig, farrowing, market hog) you have and to the diseases that may be prevalent in your area.


The Importance of Matching Producer Goals and Resources with Genetic Selection

What is genetic predisposition?

What is the optimal genetic predisposition?

What happens when genetic predisposition does not match my production system?

Unfortunately, this happens quite often when integrating breeding replacement animals produced from another system into your own. Many producers question why an animal can be so high performing and have such a great appearance in a particular system, but fall apart in their system. The answer is simple as that animal was either selected through multiple generations (genetically predisposed) to be successful in that system, or that particular system had the resources to develop an animal with that type of genetic predisposition. When an animal fails to perform in a particular system, either the resources are not right for that animal’s genetic make-up, the management scheme was not right for that animal, or it may be that the resources did not exist in that particular management system to allow that animal to reach its genetic potential. Unfortunately, when an animal’s genetic potential does not match a production system, the animal is typically culled or the producer has to allocate resources that decrease profitability to keep the animal in the production system.

How do I select for a genetic predisposition that is right for my operation?

The first way a producer can select for the proper genetic predisposition is to know the capabilities of their operation. What type of animal can you raise with your resources (land, labor, finances etc) without having to purchase resources outside of your operation to maintain that animal? Multiple trait selection is essential to answer this question. Producers need to evaluate multiple traits and the level of performance for those traits that they believe will produce optimal cattle with the resources they have available. Through the use of expected progeny differences (EPD’s), test performance data, and production system data, producers have the ability to evaluate multiple traits that could effectively match their production capabilities and yield highly productive and long lived cattle in their operations.

As many beef producers know, a large component of success in the beef production industry is determined by a producer’s ability to maximize their resources, while still remaining sustainable and profitable every year. If a producer constantly has to supplement above their resources in order to keep specific cattle in their production system, they do not have cattle that match their system. A cow should be able to produce a product every year, with little assistance, and with a producer’s resources to cover her costs and the producer’s. Identification of animals with this capability in an individual beef producers system is a major factor in remaining profitable and sustainable. 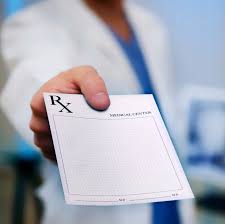 What Livestock Producers Need to Know

What is the Veterinary Feed Directive Rule?

What about drugs added to water?

What are lingering issues?

How does it change what livestock producers do?

How does it change what veterinarians do?

What do livestock producers need to do NOW?

A valid veterinarian-client-patient relationship is one in which:

(1) A veterinarian has assumed the responsibility for making medical judgments regarding the health of (an) animal(s) and the need for medical treatment, and the client (the owner of the animal or animals or other caretaker) has agreed to follow the instructions of the veterinarian;

(2) There is sufficient knowledge of the animal(s) by the veterinarian to initiate at least a general or preliminary diagnosis of the medical condition of the animal(s); and

(3) The practicing veterinarian is readily available for follow-up in case of adverse reactions or failure of the regimen of therapy. Such a relationship can exist only when the veterinarian has recently seen and is personally acquainted with the keeping and care of the animal(s) by virtue of examination of the animal(s) and/or by medically appropriate and timely visits to the premises where the animal(s) is or are kept.

First, all antibiotic residue in meat has been banned since the 1950’s in the United States. Thus, meat already is free of antibiotic residue. Producers accomplish this by complying with antibiotic withdrawal times, which is the time required for antibiotics to work their way out of an animal’s system.

Additionally, some consumers are concerned with the use of antibiotics in poultry production resulting in antibiotic resistant bacteria or “superbugs”. But, this is not the case. There is no evidence that poultry-borne resistant bacteria exist. A “superbug” from antibiotics used in poultry, or from poultry consumption, has never been identified. In actuality, it is a long process from the farm to the table, and it is very hard for bacteria to survive this long process.

Thus, all poultry meat is antibiotic-free. Some poultry companies just choose to put that on their labels.