(02/03/21) BATON ROUGE, La. — An LSU AgCenter plant pathologist will use a $500,000 grant from the U.S. Department of Agriculture to pinpoint the location of a gene in rice that could help farmers control a potentially devastating plant disease.

“Our goal is to characterize the resistance to narrow brown leaf spot at the genetic and functional level,” said Jonathan Richards.

Richards will be working with AgCenter rice breeders Adam Famoso and Brijesh Angira as well as Niranjan Baisakh, AgCenter molecular biologist and geneticist.

Richards said Famoso’s team identified the major resistance gene. With the grant, the exact location of the gene can be identified.

As an analogy, Richards said Famoso’s team identified the subdivision where the gene resides. This grant project aims to determine its exact address.

“Once we’ve identified the gene, we’ll be able to develop a perfect marker and understand how it functions,” he said.

The marker will enable breeders to incorporate the resistance gene in developing new varieties, he said.

His goal is to find the gene within three years.

The funding will pay for research supplies, lab expenses, field trials and the salaries of a postdoctoral researcher and a research associate.

The project will use CRISPR/Cas9 gene editing technology by Baisakh.

“We’re just using this as a tool to validate the function of the gene,” Richards said.

He also will look for additional genes that impart a lower but more durable level of resistance. When combined with the major resistance gene, the other genes will raise a plant’s defenses even higher, making it more difficult for a pathogen to overcome, Richards explained.

“Our ultimate goal is to be able to combine multiple genes for a durable solution for the future,” he said.

Richards said Cercospora historically has been an erratic disease. Some years, farmers have few problems with the disease — but when it becomes a problem, it can decrease yields by 40%.

“In recent years, there has been a higher prevalence in Louisiana and in neighboring states,” he said.

Famoso said the USDA research grant process is highly competitive, and only a small percentage of the applications are funded.

Richards’ work could be useful to fight Cercospora in soybeans and other crops, Famoso said.

“There’s a lot more we can learn for the long term,” Famoso said.

Richards also is determining which rice varieties have resistance, and he is working to identify the different races of Cercospora present in Louisiana.

He said he has collected 300 isolates of the disease, and that effort will include sampling in north Louisiana. Richards said he also plans to study the disease in row rice. 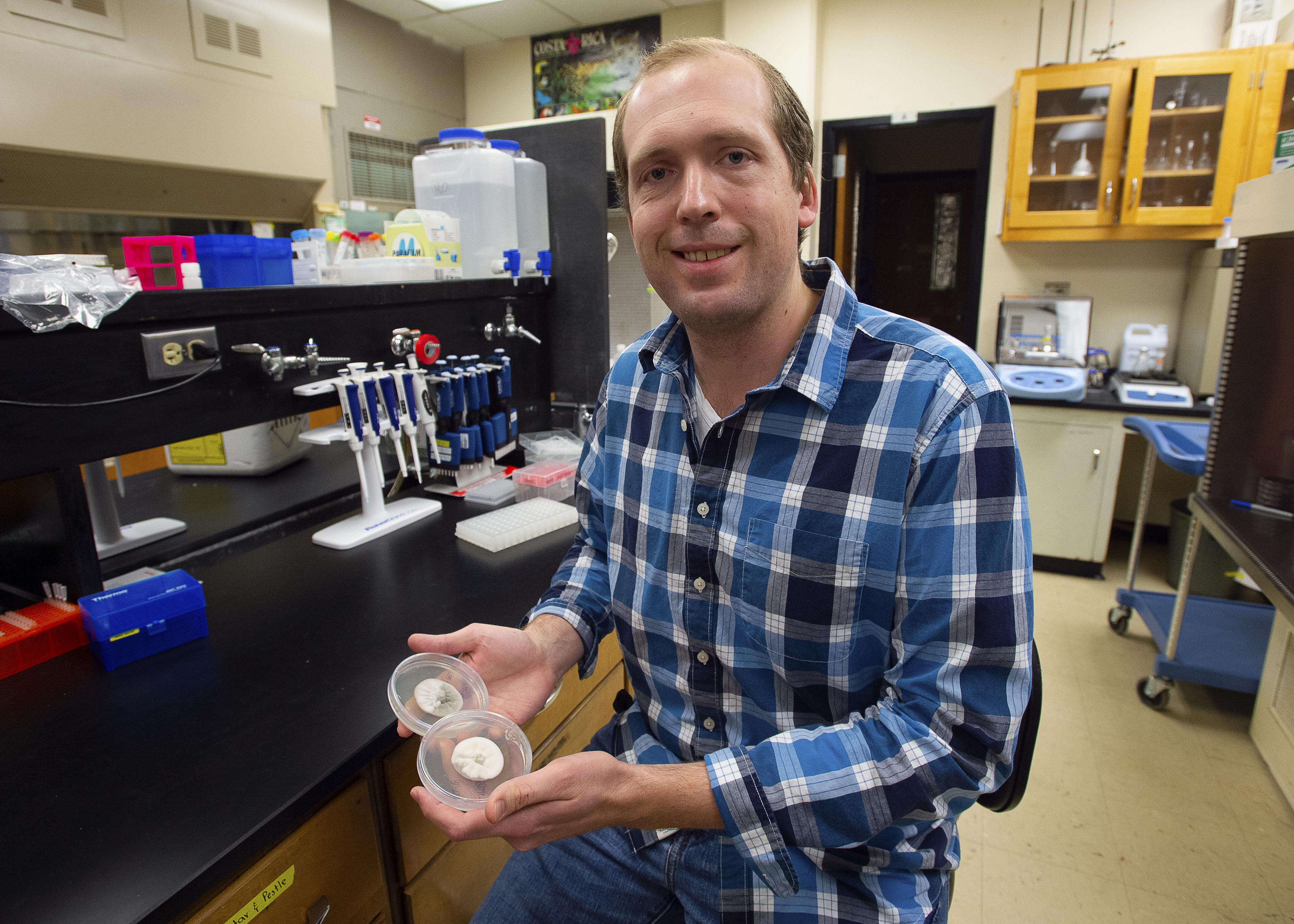 LSU AgCenter plant pathologist Jonathan Richards in his lab, where is working on pinpointing the location of a gene in rice that would help farmers control a potentially devastating plant disease. Photo by Olivia McClure/LSU AgCenter