The conference, organized by the Louisiana Agricultural Consultants Association, allowed companies to showcase their latest products and services. Experts from the LSU AgCenter and other universities also were on hand to discuss their research projects.

Colt Hardee, an undergraduate student in agribusiness, received a scholarship from the Louisiana Land Bank. He has worked crawfish fields, hauled rice and held several ag-related jobs on the LSU campus. He was named Undergraduate Student Leader of the Year.

Patrick Dean Jolly received a scholarship from Grady and Barbara Coburn, of Pest Management Enterprises. Jolly is an undergraduate student in agribusiness, and he has maintained a 3.9 grade point average. He has worked with a crop consultant, and he helps maintain the Baton Rouge Country Club golf course.

John Ontoy received a scholarship from Ray and Dorothy Young. He completed his bachelors’ degree in plant pathology at the University of the Philippines Los Baños before continuing his education at LSU as a master’s student in plant pathology. He has worked on a study of salinity tolerance in rice and disease resistance for rice.

Scott Lee, an entomology doctoral student, received a scholarship from Belchim Crop Protection. He earned a bachelor’s degree at the University of Wisconsin-Madison, and he worked with mosquito control efforts in Minnesota and Iowa.

He currently is working on his doctoral dissertation on the resurgence of the soybean looper insect.

Also at the conference, Bill Richardson, LSU vice president for agriculture and dean of the College of Agriculture, said enrollment in the college increased by 5% last year. He expects a similar increase this year.

He said the largest percentage of those students are animal sciences majors, and 73% of College of Agriculture students are women.

It soon will be possible for students to major in agricultural digital technology, Richardson said. Courses in that field exist at LSU, but a full curriculum has to be developed for the new area of concentration.

“We’re going to do that as quickly as we can,” Richardson said.

The AgCenter has been hiring people with expertise in digital technology to help extension agents learn more about the field so they can teach farmers about making decisions using high-tech data, he said.

“We’re going to treat it as any other agricultural product,” he said.

The medical marijuana program is going well, he said, with 6,000 plants being harvested monthly to be processed into final products available in dispensaries statewide.

He said the product is sold as a tincture, and it eventually will be available in a lotion.

Many AgCenter faculty members presented at the conference.

— Luciano Shiratsuchi made a presentation on precision agriculture using on-farm data, and Michael Deliberto talked about his work studying the economics of precision ag.

— AgCenter presentations in the rice sessions included an update by Adam Famoso on conventional rice variety development. An overview of smut diseases and their control was covered by Clayton Hollier. Wilson also talked about borer insect pests, and he gave an update on apple snails. 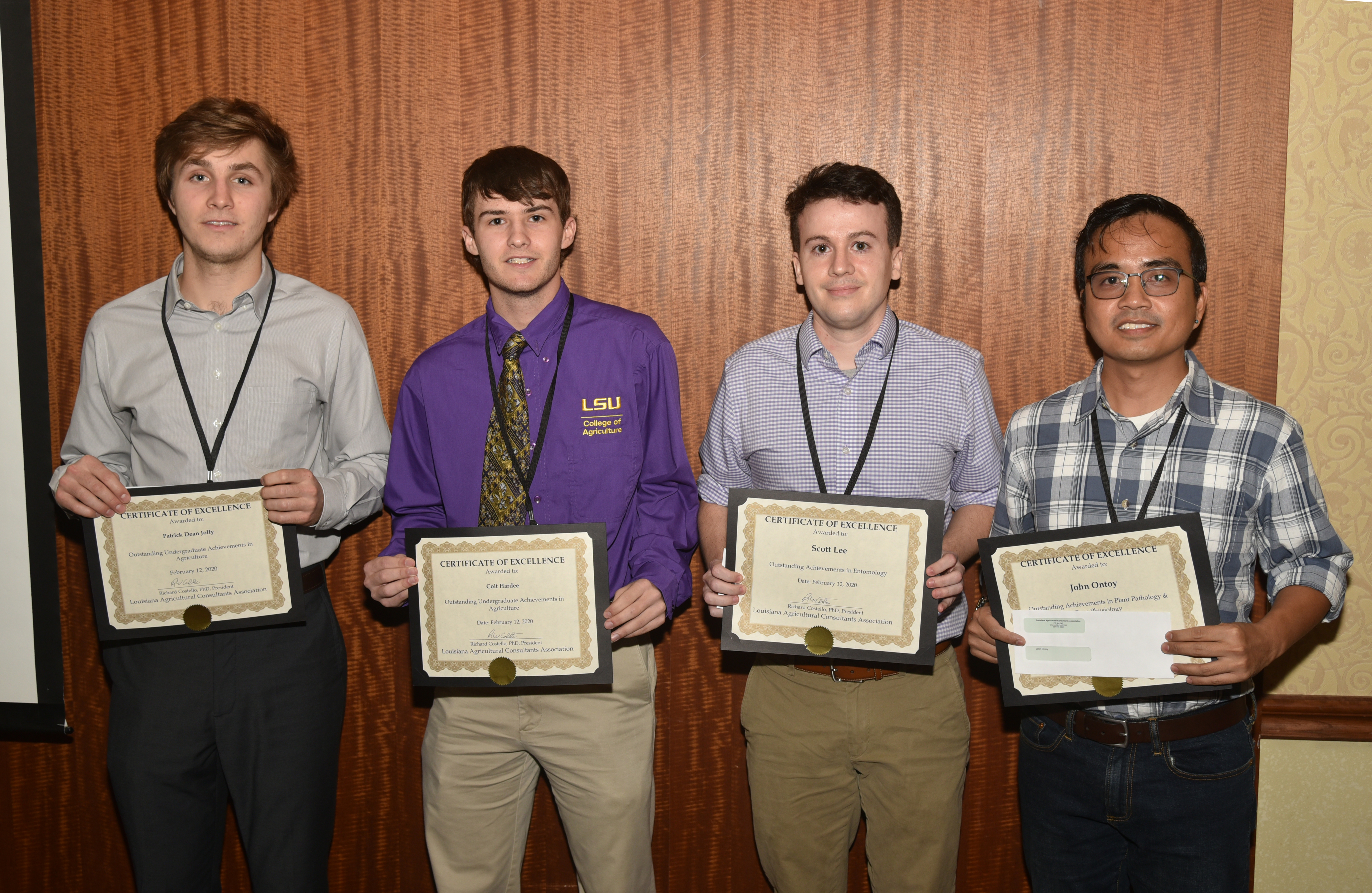