(01/08/20) Baton Rouge, La. — Ask any LSU football fan what makes up a tiger and answers might include passion, determination and hard work. But one LSU student is conducting research on what truly makes up a tiger.

Alessandra Bresnan, a graduate student in the College of Agriculture School of Renewable Natural Resources, is studying conservation genetics of captive and wild tigers with the hopes of bringing awareness to their plight.

Bresnan’s research is funded by LSU through its role with the Tigers United University Consortium, which also includes Auburn University, Clemson University and the University of Missouri, all of which have tiger mascots. The universities have joined forces and are committed to saving wild tigers worldwide.

With LSU facing Clemson in the College Football National Championship, both universities are raising money for tigers — LSU with the Tiger Conservation Fund.

“Since the start of the last century, the world has lost 97 percent of its tigers,” Bresnan said.

Inbreeding of tigers in captivity and cross breeding tigers with other species such as lions have caused a host of genetic and health issues in captive populations, Bresnan said. Many inbred tigers are born with deformities, vision problems and other health concerns.

Bresnan is just starting her research, but she plans to conduct a genetic analysis of U.S. tigers, including generic tigers or tigers of unknown or hybridized subspecies as well as purebred species found in accredited zoos.

In her study, she also will collect and examine samples from museum specimens.

“These have been collected from the wild over the past century, to serve as a proxy for wild tigers, allowing us to identify genetic changes in wild tigers of the past to the captive tigers of today,” Bresnan said.

By incorporating genetic information, Bresnan said she can investigate two important aspects of captive tigers in the U.S. — “Relatedness and assessment of adaptation to captivity in tigers managed in zoos and highlighting the detrimental impacts of commercialized breeding of unmanaged tigers.”

Bresnan has already done preliminary work with the tigers housed at the Baton Rouge Zoo, looking at which samples taken from the tigers, including blood, fur, cheek swab and scat, yielded the most DNA material.

Bresnan said the matchup against the tigers on the football field is great time to show the need for research such as hers at universities in the consortium. 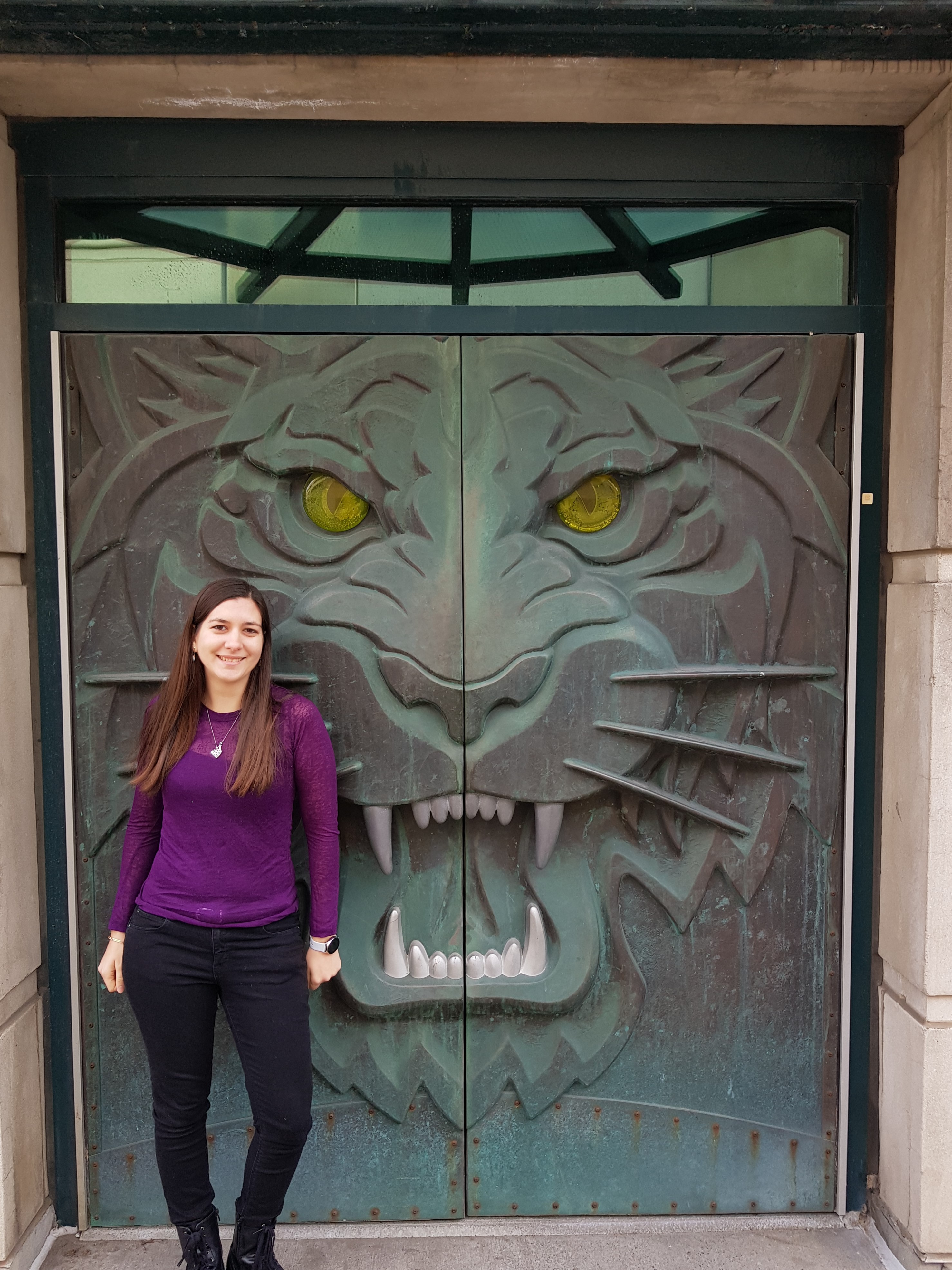 Alessandra Bresnan, LSU graduate student in the College of Agriculture School of Renewable Natural Resources, is studying conservation genetics of tigers. Her research is funded by LSU through its role with the Tigers United University Consortium. Photo provided by Bresnan