(10/11/19) Baton Rouge, La. — The Gulf South Chapter of the Grain Elevator and Processing Society (GEAPS) is endowing a scholarship in the LSU College of Agriculture.

The GEAPS-Gulf South Chapter has supported a scholarship in the college for four years. Roy Baker, chapter president and operations manager at Zen-Noh Grain Corporation, said the chapter recently had a surplus and decided the money would be best served helping students.

“Endowing a scholarship is a way to invest the money and help students that might impact our industry in the future,” Baker said.

Benjamin Holden, a senior studying agricultural business, is a recipient of a GEAPS scholarship this year.

“I used the scholarship money to purchase my textbooks, which was a big help,” Holden said, adding that he is looking into opportunities working for GEAPS in Houston.

Six companies operate export grain elevators south of Baton Rouge. Representatives from those companies are members of GEAPS, which has more than 2,800 members in over 20 countries.

The Gulf South Chapter is the first to have an endowed scholarship at a university, Baker said. The chapter also was named the GEAPS 2018 Outstanding Chapter.

GEAPS meetings include professional development, discussions of industry issues such as high water or trade wars and networking. LSU College of Agriculture students are often invited to attend meetings to learn more about the grain elevator industry and job opportunities.

“We like to get students involved so they understand what the industry is about and learn how it works,” Baker said. 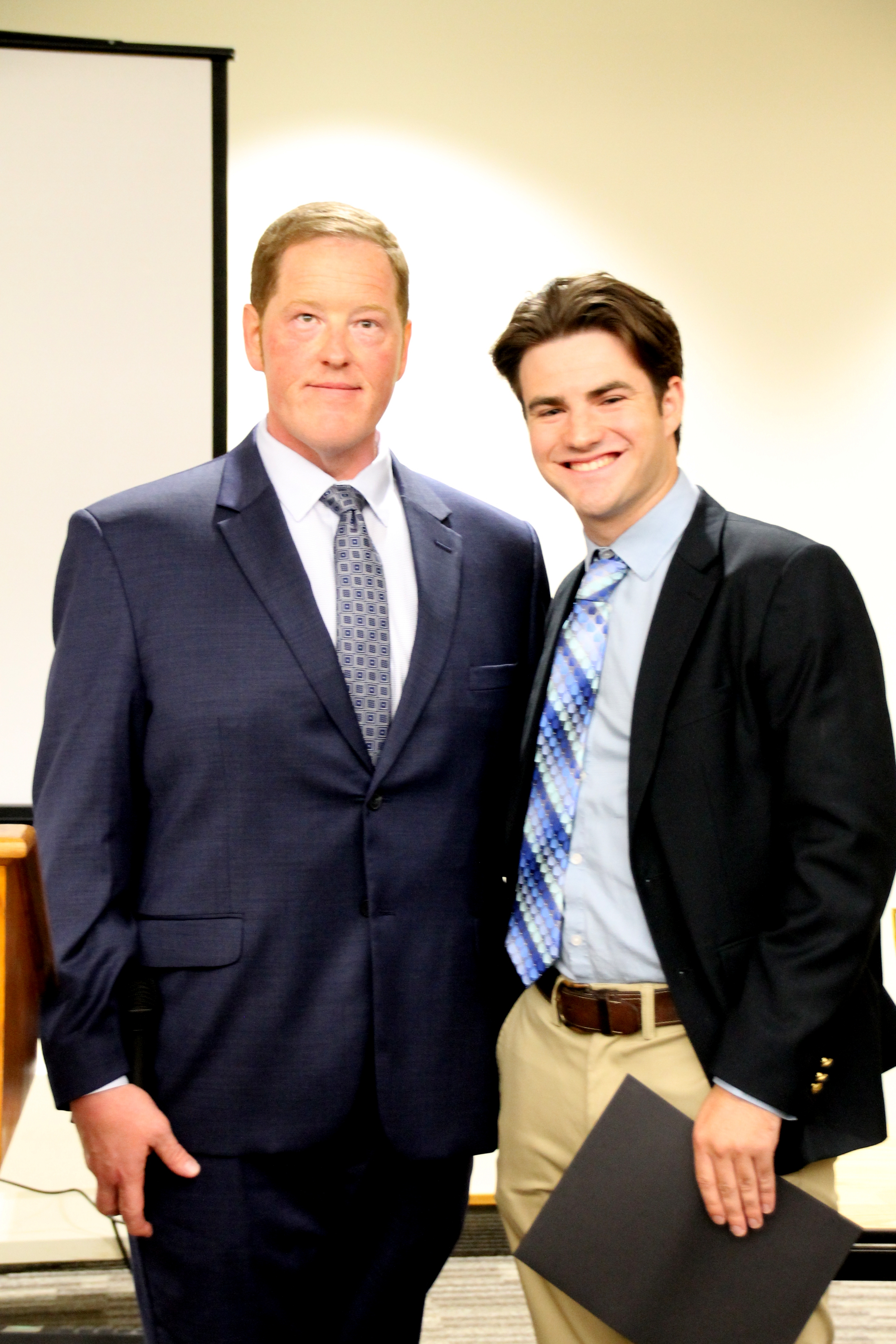