(03/26/19) BATON ROUGE, La. — One of the most tranquil pieces of property in Baton Rouge was abuzz with activity as the LSU AgCenter Botanic Gardens at Burden was the site for the 62nd annual Southern Forestry Conclave March 21-24.

More than 250 students from 14 universities participated in the conclave, and LSU was the host school.

Part brain, part brawn, the conclave includes more than 20 technical and physical forestry competitions that challenge students with identifying wildlife, estimating timber, climbing poles, chopping logs, throwing axes and log birling — running on a log in water while trying not to fall in.

Ben Armstrong, a forestry student from Louisiana Tech, was attending his first conclave and was participating in wildlife identification and chain throwing.

“It’s been a great opportunity to learn more about forestry and meet other students interested in forestry,” he said.

Skylar Bueche, the president of the LSU student chapter of the Society of American Foresters, helped plan the conclave.

“This is a chance for students to have a natural community, to practice skills they may use in their professions,” she said.

The event also included a Stihl Timbersports competition at Parker Coliseum. One student from each school participated in woodchopping and sawing events.

“I’ve been practicing once or twice a week for the events,” he said.

While the competitions are the reason for the conclave, networking is a bonus, said Niels de Hoop, associate professor of forestry with the LSU College of Agriculture.

“These are students from 14 schools who might otherwise never meet each other, but the conclave brings them together,” de Hoop said. “The students can make contacts for graduate school and for their careers.”

Stephen F. Austin State University placed first overall in the conclave, with the University of Arkansas at Monticello second and Clemson University third. 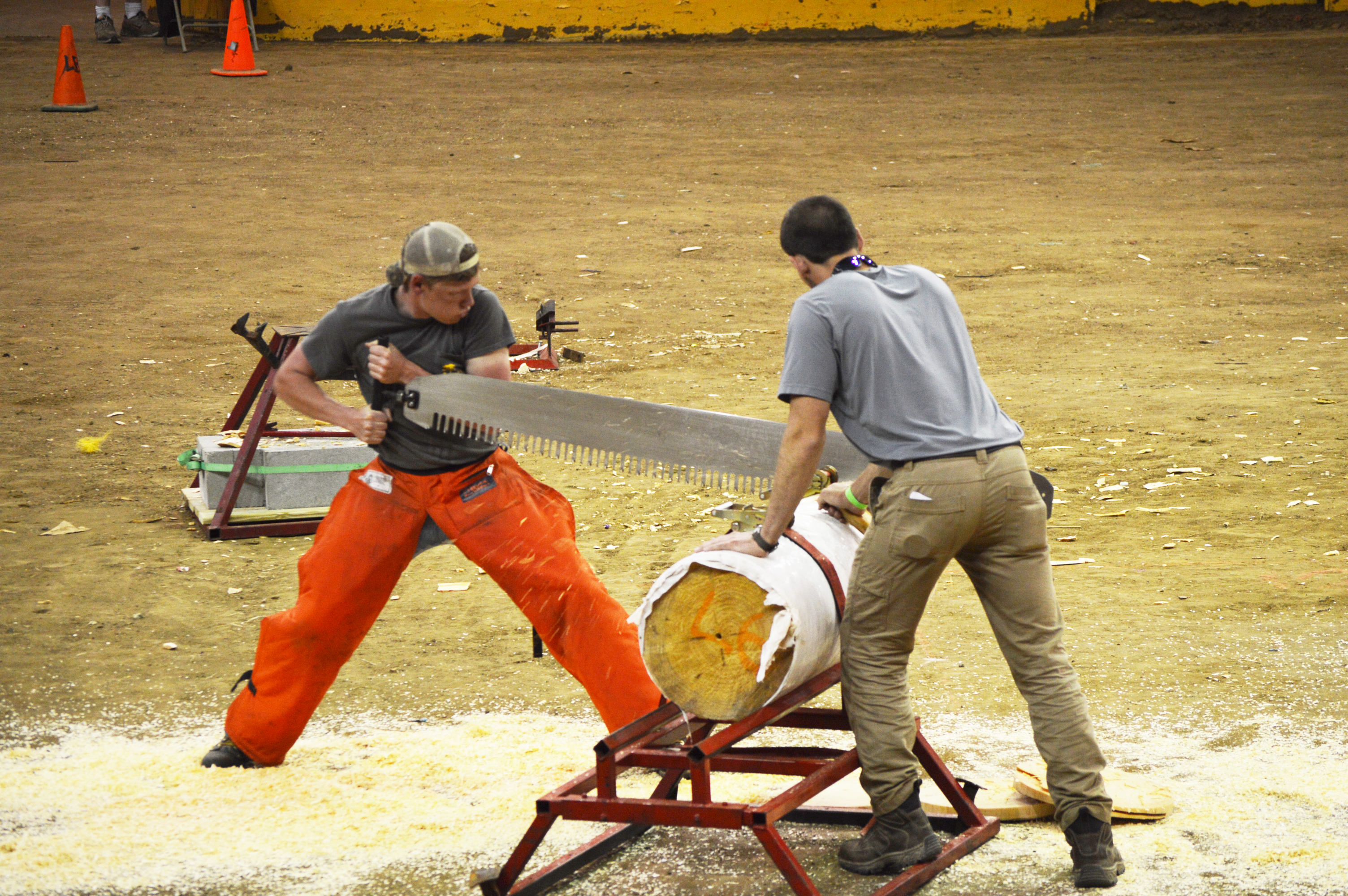 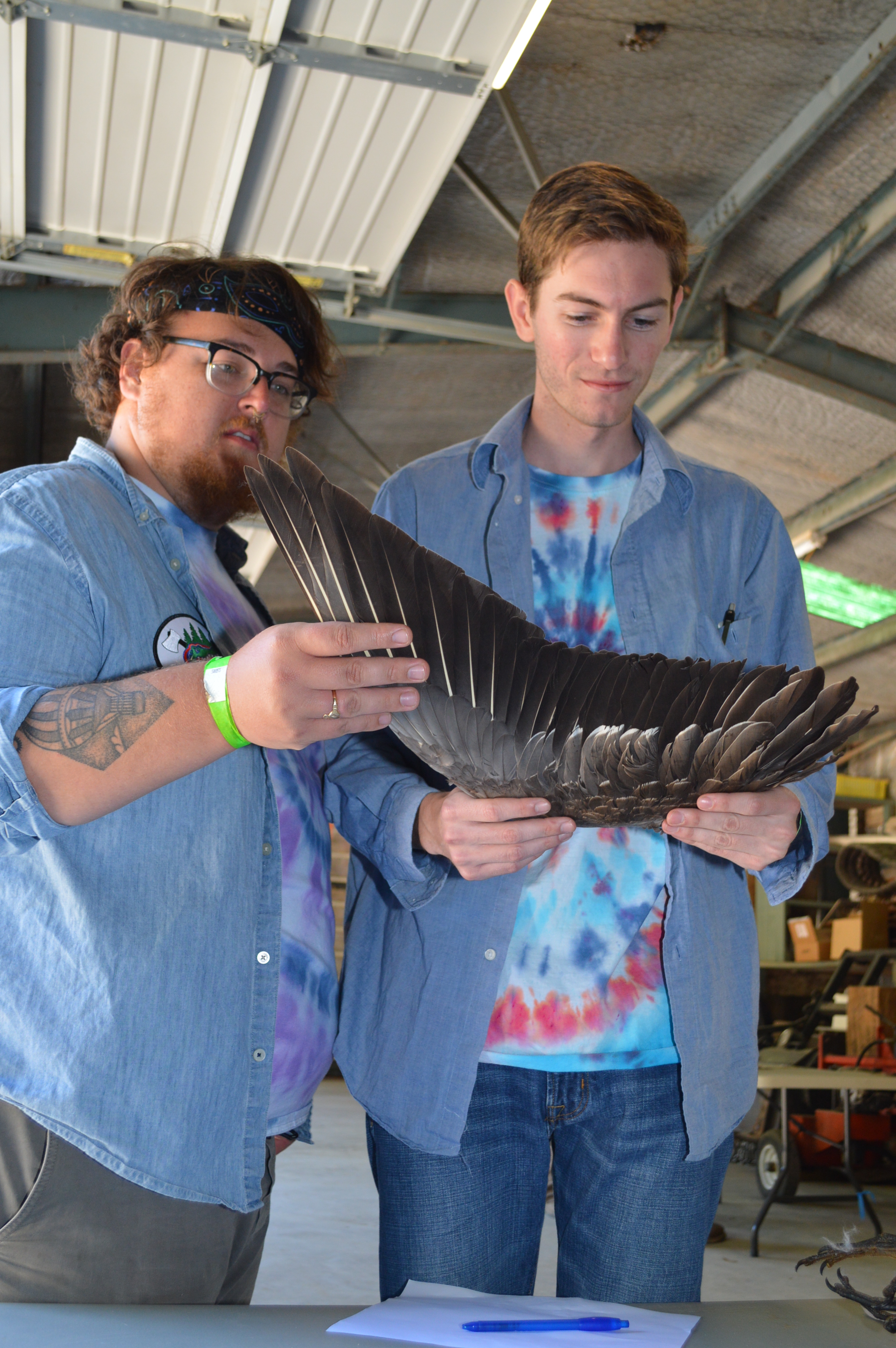 Drew Stephens, left, and Kyle Deschenes, both of the University of Florida, hold a wing of a greater whited-fronted goose during the wildlife identification competition of the Southern Forestry Conclave on March 22 at LSU AgCenter Botanic Gardens at Burden in Baton Rouge. Photo by Tobie Blanchard/LSU AgCenter 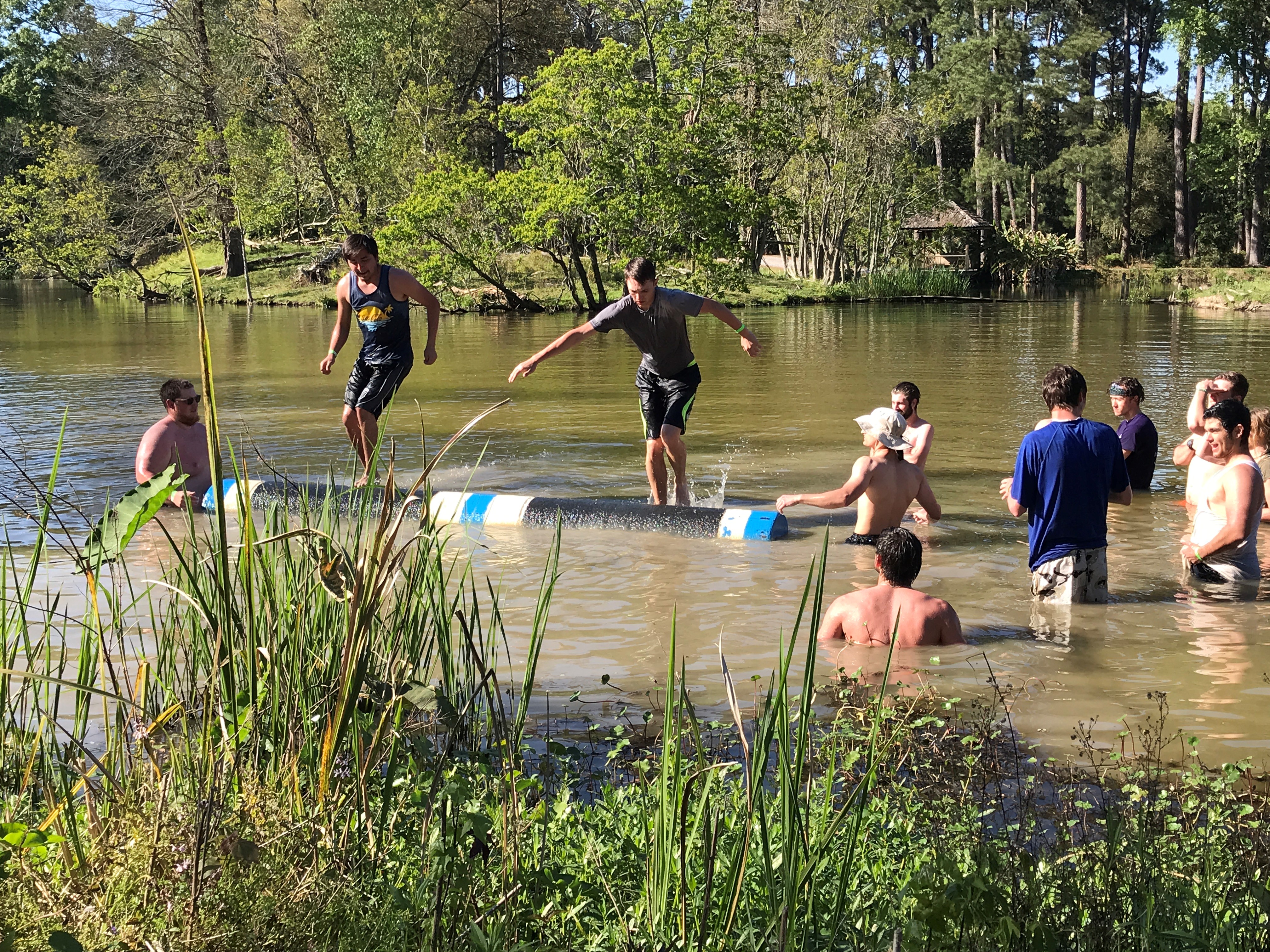 Students participate in a log birling competition in a pond at the LSU AgCenter Botanic Gardens at Burden in Baton Rouge during the Southern Forestry Conclave on March 22. The goal of the competition is to outlast your opponent on the log. Photo by Tobie Blanchard/LSU AgCenter