(02/08/19) BATON ROUGE, La. — Noah Harper, a sophomore in the LSU College of Agriculture majoring in plant and soil systems, is the recipient of a national agricultural scholarship.

The scholarship commemorates Richard Jensen, one of the early members of the National Alliance of Independent Crop Consultants.

Harper, of Franklin Parish, spent his summers working with plant pathologists at the LSU AgCenter Macon Ridge Research Station while he was in high school. He would scout fields for pest problems.

“Ever since I was little, I knew I wanted to work in agriculture,” Harper said.

Harper plans to work as a crop consultant after graduating and currently works as a student worker in an entomology lab mainly with sugarcane, a crop he never encountered at Macon Ridge.

“It’s different insects and diseases and new things to worry about that you didn’t have in row crops in north Louisiana,” he said.

Harper also helps with recruiting, campus tours and service projects as member of Les Voyageur, a College of Agriculture student ambassador organization. He said joining the Les Voyageurs has helped him become more connected to the college.

“I thought I wouldn’t be comfortable at LSU coming from a small town, but I’ve found so many friends,” he said. “My professors and advisors know me, and it really is a family and personalized atmosphere in the college.”

Harper said it was a real honor to receive the scholarship, and it will be big financial help. 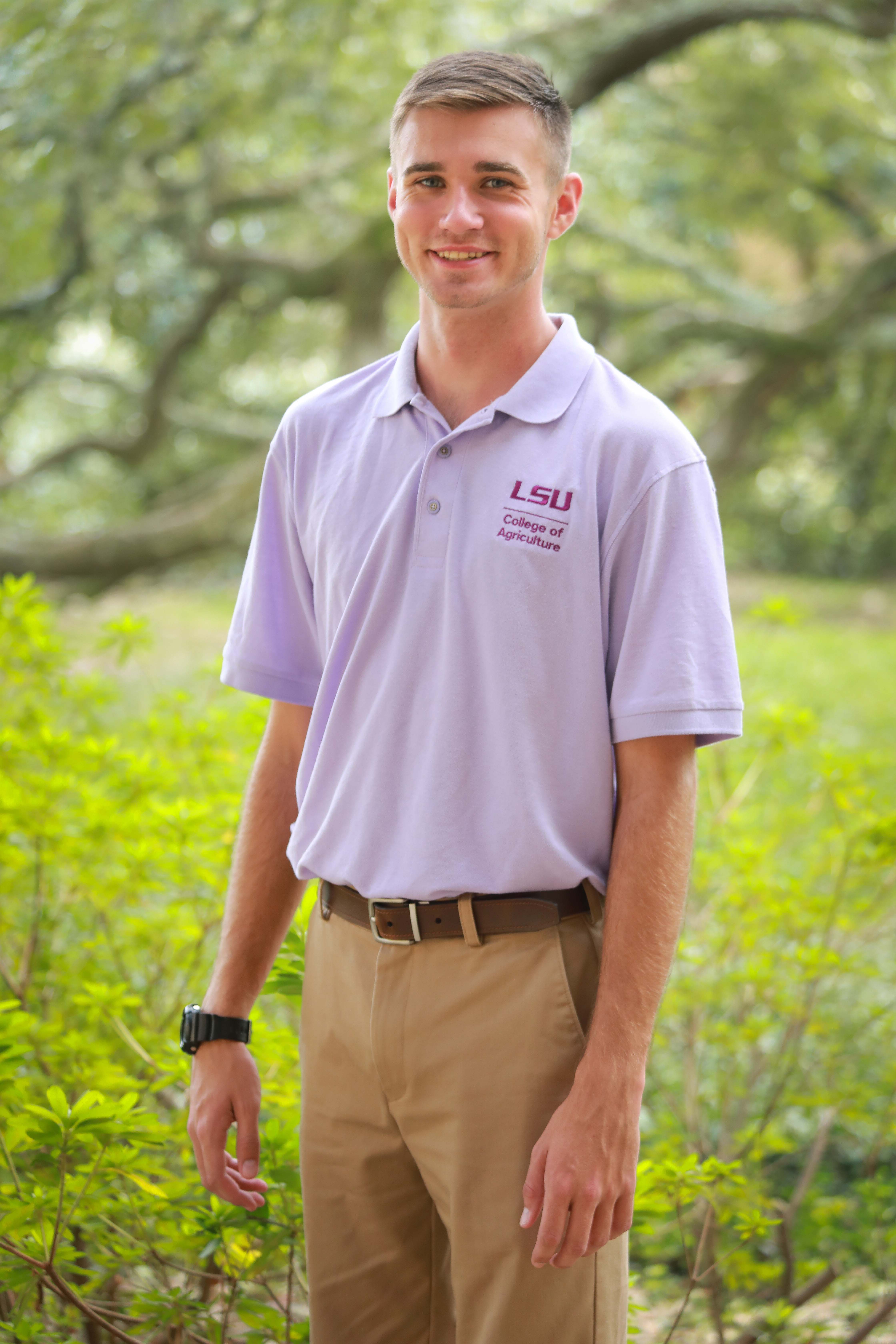