(10/16/18) BATON ROUGE La. — Every summer, scientists at agriculture research stations spend hours with clipboards in hand walking down row after row of plants, going about a tedious chore known as rating plots.

Often, the process involves assigning a numeric value to each small-scale plot where the scientist is growing crops for research. Those ratings are subjective, but they offer insight into how well a variety performs, whether an insecticide treatment is effective or if an extra application of fertilizer resulted in a better yield.

Thanos Gentimis hopes to accomplish the same task in a matter of minutes.

The LSU AgCenter mathematician recently “taught” a computer program to analyze an aerial photograph of a rice field and automatically distinguish the different plots. Now he is using data to formulate an algorithm directing the computer to rate the plots for vigor, a measure of plant growth.

In the age of “big data,” such timesavers are becoming more common in agriculture.

Data-logging and GPS equipment is embedded on most modern farm machinery. Information on crop yields, soil types and seeding rates — and even visual data such as drone imagery — can be gathered more easily and quickly than ever before.

Farmers, consultants, ag companies and research institutions alike are trying to figure out how to put it all to use.

“That’s the real challenge,” said Don La Bonte, director of the AgCenter School of Plant, Environmental and Soil Sciences. Because agriculture is subject to numerous variables — from weather and location to an individual farmer’s management decisions — it can generate huge datasets that are difficult to interpret and take up lots of computer storage space.

“We have tremendous capacity to collect data,” La Bonte said. “And the data has tremendous value. But you need a way to look at it so that you can extract that information out so you can use it in a practical way.”

A few online widgets are available to farmers who want to plug in their own data from, say, a combine’s yield monitor and get a report comparing their results to others in the area. Many farmers now fly drones and can quickly spot signs of diseases, insect damage or other problems with the pictures they capture.

But true “big data” — a term that refers to text and image files too vast to fit on one computer and be handled by one person — is driving change in today’s agriculture, Gentimis said. Equipment companies, for example, are hiring more people to study information recorded by their products and use it to improve their offerings to customers.

That is just one aspect of the growing sector of agriculture jobs that require data-deciphering skills.

“There’s everything from the companies that design and develop the instruments to agrichemical companies that are going to need these resources,” La Bonte said. “We see there’s going to be additional need for extension outreach for servicing grower needs in this area.”

This semester, the LSU College of Agriculture introduced two graduate-level courses on data.

Gentimis, an assistant professor in the Department of Experimental Statistics, teaches a class on digital agriculture, focusing on using computer tools to store and understand data.

The second course is on precision agriculture — using data to tailor farming practices to location-specific needs. It is taught by Luciano Shiratsuchi, an associate professor in the School of Plant, Environmental and Soil Sciences.

For precision agriculture scientists like Shiratsuchi, the ability to collect more data means better recommendations can be made to farmers, saving them time and money. And it presents new opportunities for farmers to collaborate with researchers at the AgCenter.

Shiratsuchi offered a hypothetical scenario to illustrate his point.

With a computer program that pulls more than 2,000 points of data per acre from sensors and other equipment, a consultant could write a “prescription” of sorts for a farmer wanting to spend less on fertilizer, seeds and chemicals. The program could produce a map indicating where the farmer could hold off on inputs without losing yield instead of applying the same rate as the rest of the field.

“The idea is to teach students, how can we help the farmers in Louisiana?” Shiratsuchi said. “Give them back something — like if they harvest and I have their yield map, give them an official recommendation or direction on a problem.”

Gentimis said that with enough years of data, computer applications — like the one he used with the rice plot photo — can eventually “learn” to make suggestions and predictions of their own. While that will never replace the expertise of a seasoned agriculture professional, he said, it can give farmers and researchers a new layer of understanding of what’s going on in their fields.

“We are moving now to a new reality where data is going to be equally important as the types of seed that you put in your field,” Gentimis said. 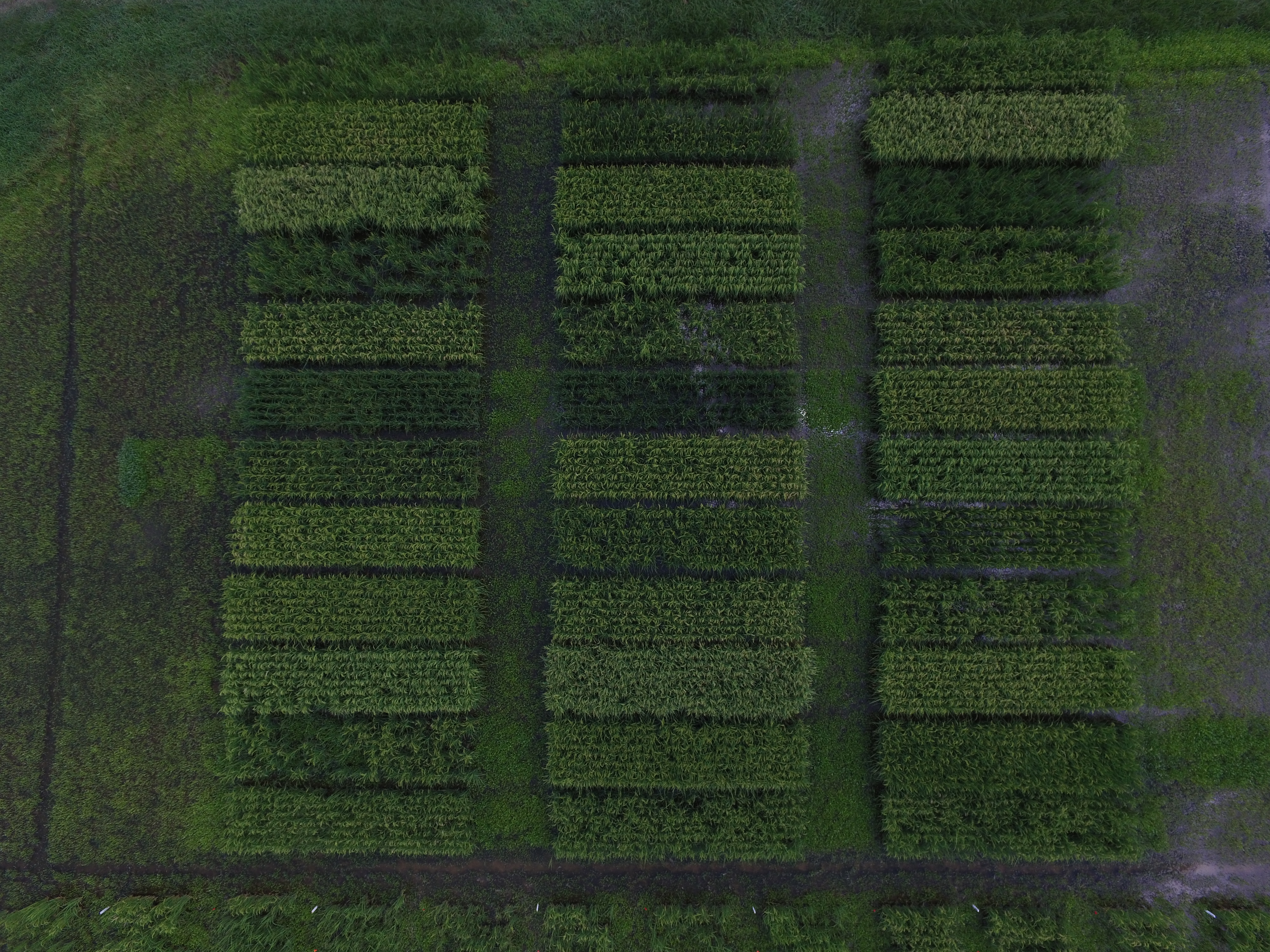 Thanos Gentimis, an assistant professor in the LSU AgCenter Department of Experimental Statistics, recently “taught” a computer program to analyze this aerial photograph of a rice field and automatically distinguish the different plots. Now he is using data to formulate an algorithm directing the computer to rate the plots for vigor, a measure of plant growth. Photo provided by Thanos Gentimis 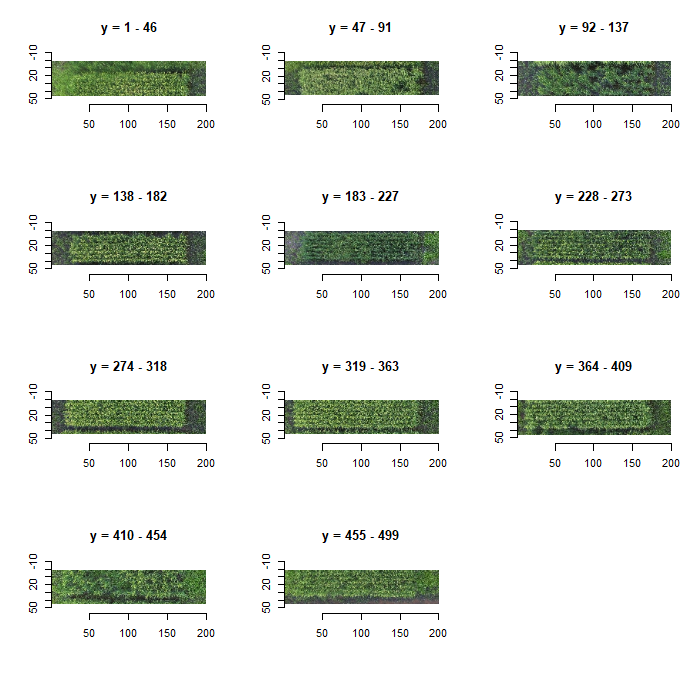 Thanos Gentimis, an assistant professor in the LSU AgCenter Department of Experimental Statistics, recently “taught” a computer program to analyze an aerial photograph of a rice field and automatically distinguish the different plots. Now he is using data to formulate an algorithm directing the computer to rate the plots for vigor, a measure of plant growth. Photo provided by Thanos Gentimis