(07/25/18) ST. MARTINVILLE, La. — With planting just around the corner, sugarcane farmers gathered on July 20 at the LSU AgCenter St. Martin Parish sugarcane field day to hear about research and new technology to help with their crop.

AgCenter sugarcane specialist Kenneth Gravois said sugarcane across the state appears to be doing well. “I think we’re going to have a big crop,” he said.

Current varieties have excellent cold tolerance, which reduced the effects of last winter’s unusually cold weather. Cane after the freeze of 1989 suffered because varieties then were unable to withstand a deep freeze, he said.

More sulfur is being applied to sugarcane ground, and that may require changing recommendations for sulfur amounts, he said.

AgCenter plant pathologist Jeff Hoy said progress is being made on improving the methods of planting billets. “Billets are our future,” he said.

Several designs of billet planters are in use. “No two are alike,” Hoy said.

Seed treatments are showing promise, Hoy said, and it appears the best effectiveness is obtained from a mix of a fungicide and an insecticide.

Rust disease has not been a problem this year, but mosaic disease is showing up. Aphids spread mosaic, and healthy seed cane is the key to reducing mosaic outbreaks, Hoy said.

AgCenter entomologist Blake Wilson said sugarcane borer populations are low this year as a result of the cold winter and dry spring.

AgCenter sugarcane breeder Mike Pontif said the variety L 01-299 is doing well, and it is the best stubbling cane.

A notice of release has been issued for the variety L 11-183. It was derived from a cross made at the AgCenter Sugar Research Station in St. Gabriel in 2006 between HoCP 92-624 as the female parent and LCP 85-384 as the male parent.

It usually takes about 12 years to develop a new variety because breeders want to make sure new releases will have better or equal performance as existing varieties.

Atticus Finger, American Sugar Cane League agronomist, said the variety L 11-183 has good stalk size and is on par with most of the current varieties.

The new herbicide Lumax EZ is not effective against itchgrass but will give excellent pre-emergence control of ryegrass, Orgeron said.

Jimmy Flanagan, AgCenter agent in St. Mary Parish, and Randy Price, AgCenter engineer, demonstrated how a drone could be used to apply herbicides. Price said the downdraft of the drone’s propellers do not interfere with the spray patterns. Several state and federal licenses are required to use drones for production agriculture.

Flanagan said the devices can be used to find areas of a field that drain poorly or to find problem areas in a crop.

AgCenter economist Mike Deliberto showed farmers a program to help them calculate their returns on a sugarcane crop by analyzing costs and expenses.

Jim Simon, general manager of the American Sugar Cane League, said an anti-sugar amendment to the farm bill was soundly defeated in the U.S. House of Representatives, and a similar measure in the U.S. Senate is unlikely in that version of the farm bill. “The sugar provisions are intact,” he said.

An agreement with Mexico is the key to the current favorable sugar market. “For seven years out, we should be OK with the Mexican suspension agreement,” he said.

Chester Cedars, St. Martin Parish president, said the sugarcane industry is a major part of the parish economy, with a total economic impact of $85 million. “You are a very valuable component of the economy of this parish,” he said. 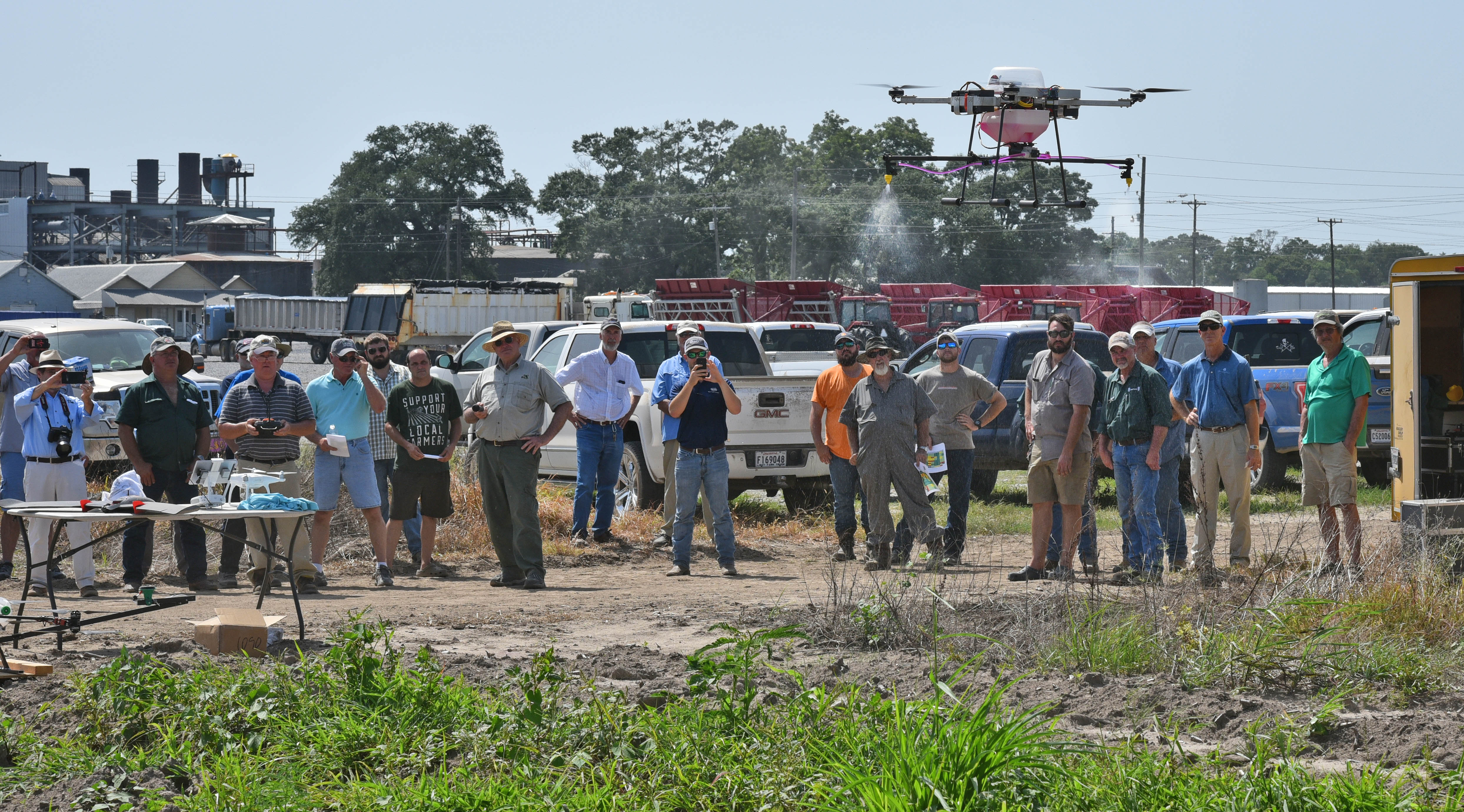