The meeting was held in conjunction with the 66th Annual Mid-South Farm and Gin Show sponsored by the Southern Cotton Ginners Association and Delta Farm Press. The AgCenter and the LSU College of Agriculture were featured at the 2018 show.

Tensas parish farmer Jay Hardwick and sons, Marshall and Mead, were honored along with the AgCenter for the development and adoption of agriculture research promoting innovation, efficiency, quality, safety and conservation practices.

The award recognizes farm families working with land-grant universities for their contribution to research and support of the commercial viability of innovative farming operations, Price said.

Speaking of efforts to incorporate environmentally sustainable farming practices, Price said Hardwick’s efforts were “ahead of their time” embracing many current agricultural concerns.

Marshall and Mead Hardwick accepted the award on behalf of their father, along with LSU AgCenter associate vice president Rogers Leonard.

The Hardwick Planting Co. is located at Somerset Plantation in northern Tensas Parish and consists of 12,000 acres of certified farm land.

“The AgCenter has been fortunate to have the opportunity to perform on-farm research to demonstrate at the commercial level the work done in small plots at research stations across the state,” Leonard said.

Jay Hardwick, who has partnered with the AgCenter for more than 30 years on many projects, operates a model farm and is an avid supporter of the Louisiana Master Farmer program, Leonard said.

“It is no small feat to have a farm certified at that level,” Leonard said.

A graduate of the LSU College of Agriculture, Marshall Hardwick said he learned firsthand as a student the value of working with farmers to further university research, and he looks forward to continuing that work now that he is a producer.

“It has been important to have the AgCenter to lean on through the years for support,” Mead Hardwick said.

Both Marshall and Mead Hardwick have completed phase two of the Louisiana Master Farmer program and are working to complete the final stage.

The Louisiana Master Farmer Program is a national model for voluntary education and compliance with natural resource and environmental conservation. 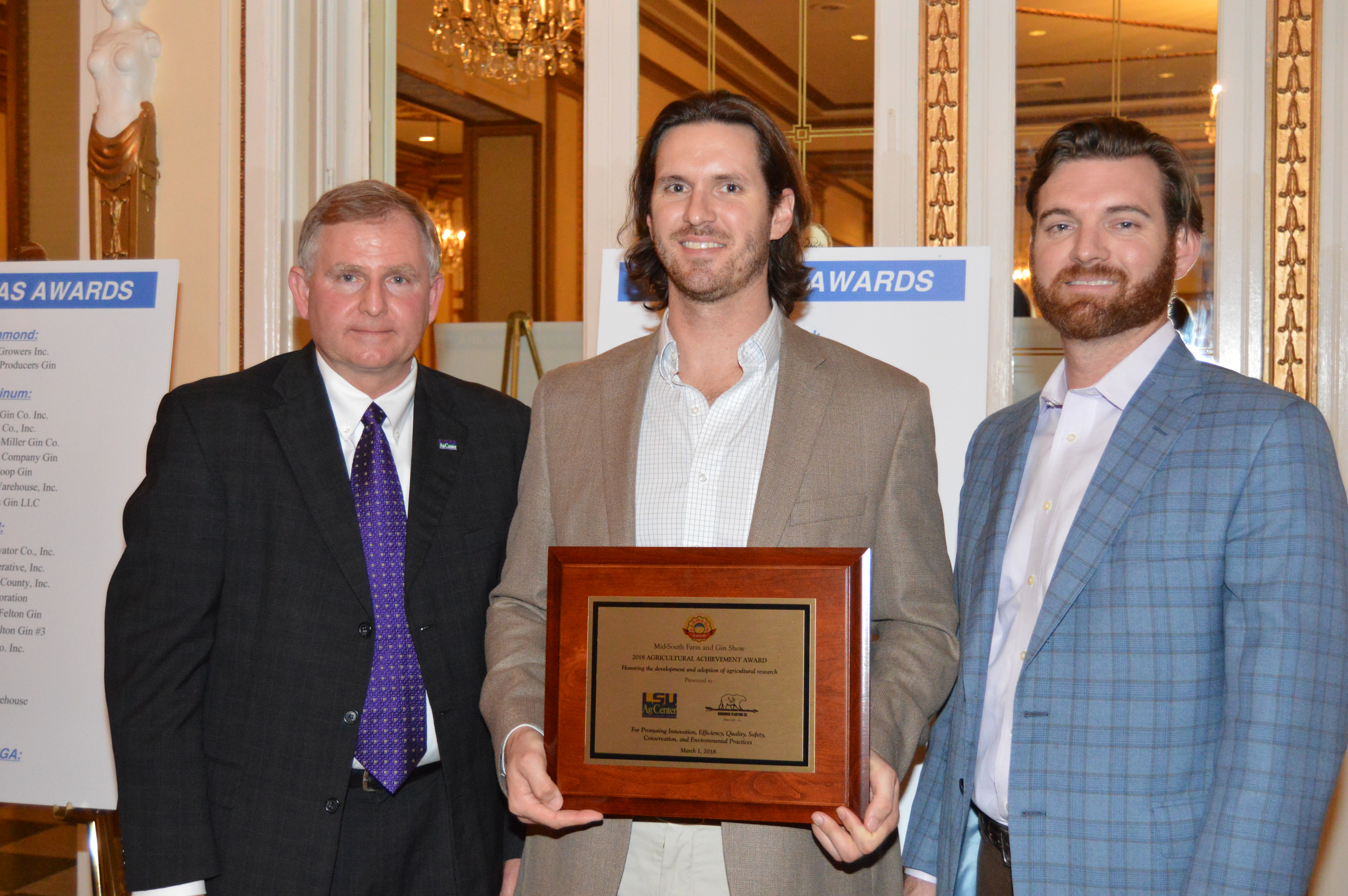