(03/24/17) BATON ROUGE, La. – Eight students from Slovak University of Agriculture visited the LSU AgCenter and LSU College of Agriculture March 8-16. This is the third year LSU hosted students from the university in Nitra, Slovakia, and the group participated in a range of educational and cultural events.

The visit started with a tour of campus and an orientation with the College of Agriculture Global Ag Ambassadors.

Bill Richardson, LSU vice president for agriculture and dean of the College of Agriculture, welcomed the students and encouraged continued engagement between the two schools.

“We’re very serious about what we’re doing with international relations. We want to broaden the horizons of our students and have them interact with students from other countries,” Richardson said.

The visiting students learned about alligator farming and the use of alligator skins in the Department of Textiles, Apparel Design and Merchandising.

Lukáš Sýkora, a second-year electrical and mechanical engineering student at SUA, said he was surprised by the Louisiana agricultural connection to alligators.

“To us, the alligator is an exotic predator. I never knew it could grow on a farm,” Sýkora said.

Sýkora was one of four students to participate in a panel discussion during the AgCenter Global Ag Hour. Filip Valentini, a first-year business economics master’s student at SUA; Alexis Agard, a senior at LSU in agricultural business; and Vanessa Thibodeaux, a doctoral student in human resources education at LSU, discussed agritourism in Slovakia and Louisiana.

Sýkora told about agricultural festivals in Slovakia such as a cabbage festival and a two-week wine festival. He grew up in rural Slovakia with an agricultural background and said he is concerned about the industry’s future in his country.

“Agriculture is not appealing to a lot of young people, but agritourism can change that when they see how they can have additional income,” he said.

More people are interested in agritourism in Slovakia because they are spending more of their vacation time within the country instead of traveling to neighboring countries in Europe, he said.

Sýkora also mentioned nature deficit disorder. “People are not getting out in nature, and they are suffering because of it,” he said.

Agard talked about the economic benefits of agritourism in the U.S. “Agritourism can employ the whole farm family,” she said.

Valentini said his favorite part was learning about how the land-grant university system works.


“I like the organization at LSU. If farmers want to know what to do, they have a resource at the university,” Valentini said. “We do not have that in Slovakia.”

Vladislav Valach, director of international relations at SUA, has accompanied groups of students to LSU for the past three years. He said interest in the program continues to grow, and he is encouraged by what the students learn at LSU and what they bring back to Slovakia.

“They see differences between the U.S. and Slovakia, and they learn it is important for them to see what is possible here and what can be possible in Slovakia,” Valach said.

The students wrote a letter to express their gratitude for the opportunity to visit LSU. The letter concluded with, “We are very fortunate to be a part of this program. We encourage others to take this chance for a lifetime experience they will never forget.” 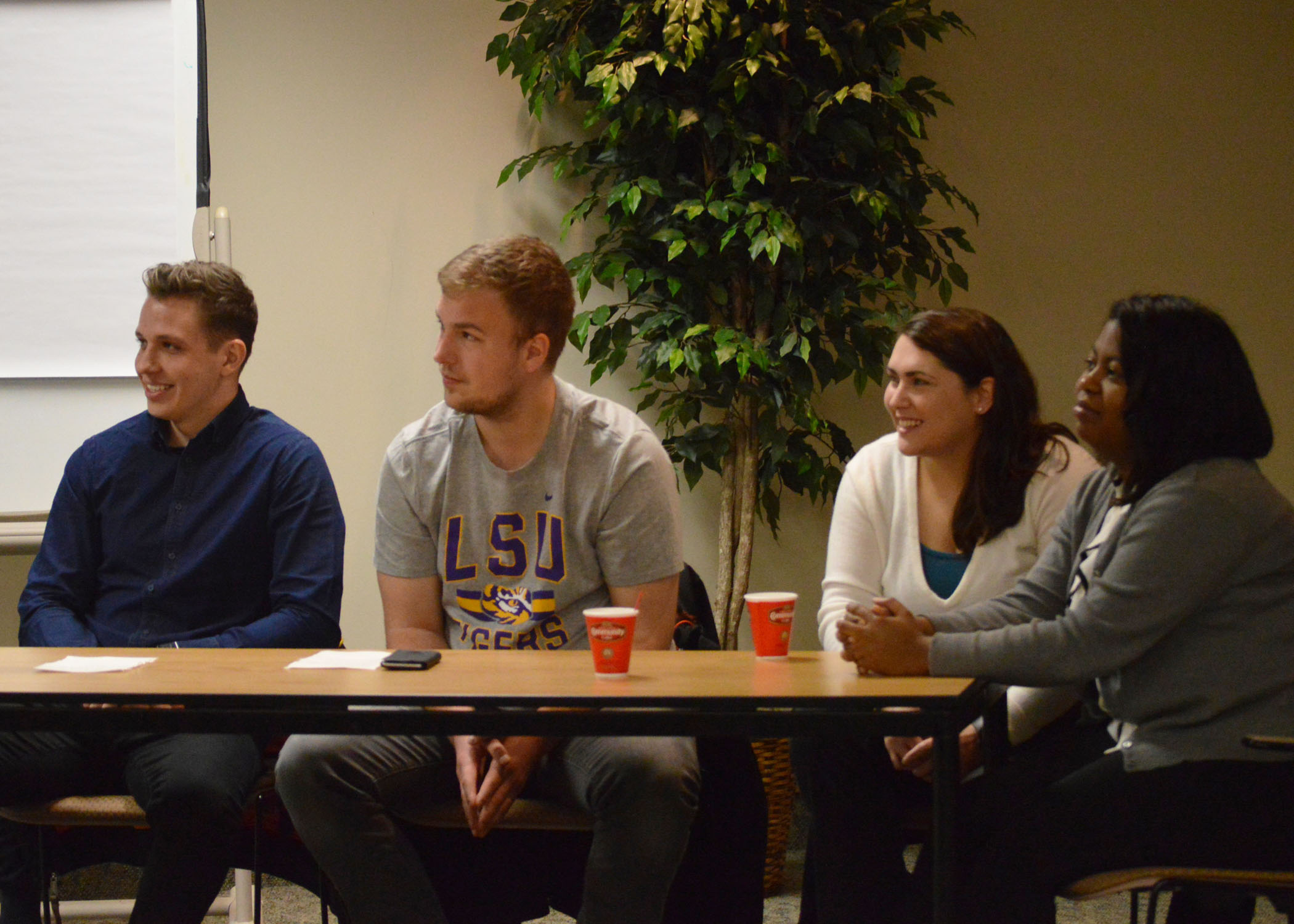 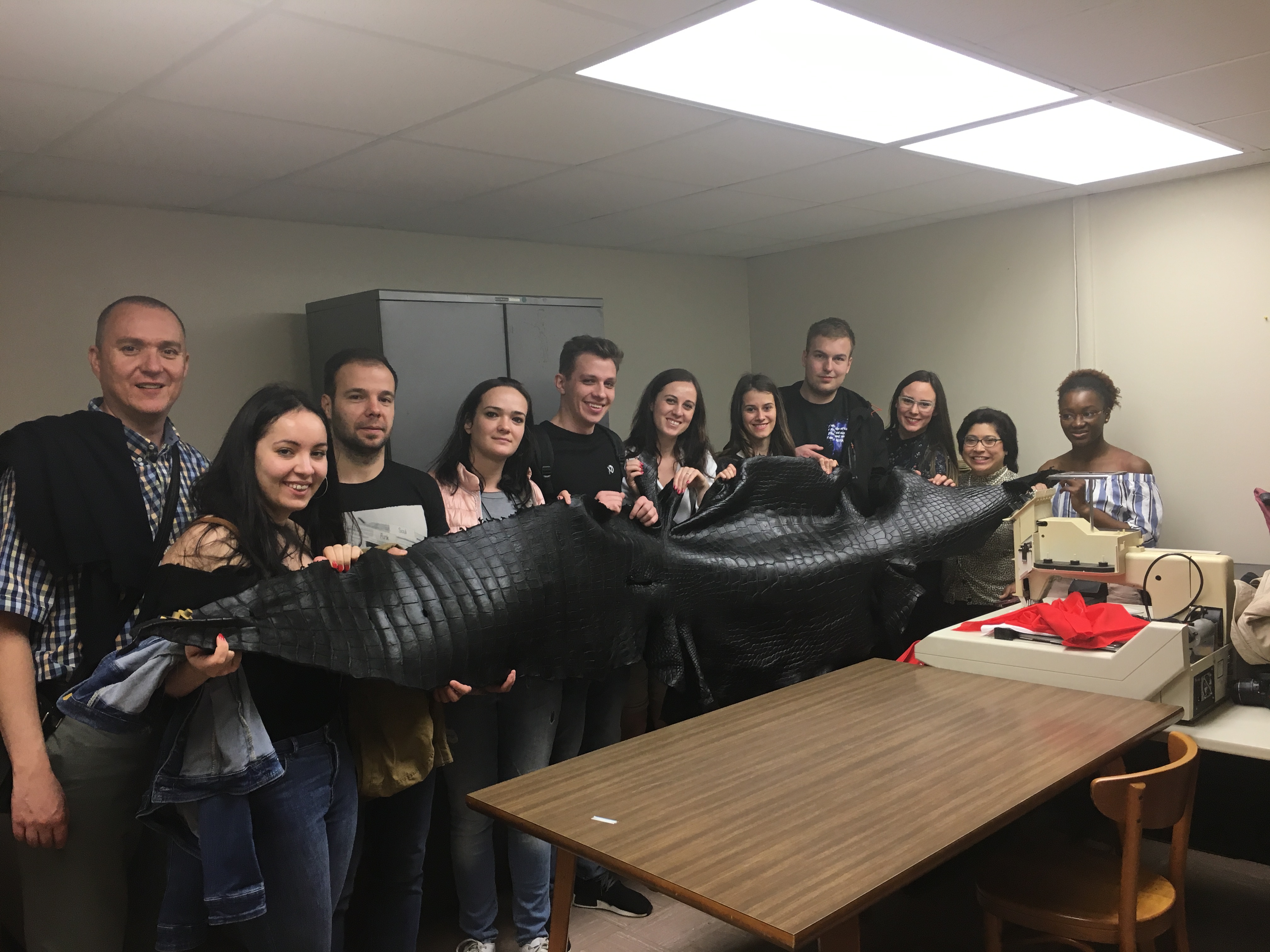 Students from Slovak University of Agriculture hold an alligator skin that will be used to make garments by students in the LSU College of Agriculture Department of Textiles, Apparel Design and Merchandising. Photo by Ivana Tregenza/LSU AgCenter