(01/23/17) BATON ROUGE, La. – High-amylose maize starch, which contains a high amount of starch that resists digestion and was tested for health benefits with the help of LSU AgCenter researchers, could be effective in the fight against Type 2 diabetes, according to the U.S. Food and Drug Administration.

The FDA approved a qualified health claim for products containing high-amylose maize starch, saying the consumption of this starch may reduce the risk of Type 2 diabetes.

Michael Keenan, a professor in the LSU AgCenter School of Nutrition and Food Sciences, said the qualified claim allows food marketers to promote the claim on their products.

“The qualified claim means this is emerging science, and there is more research needed,” Keenan said.

Keenan and other researchers have been working with resistant starch for nearly 15 years. High-amylose maize starch contains a high percentage of amylose, one of two components of starch, he said. Amylose is a slow-digesting starch that acts like fiber. The other component, amylopectin, is quick to break down and digests rapidly.

In his research, Keenan found that resistant starch can improve blood glucose control.

While it doesn’t digest in the small intestine, resistant starch is fermented in the large intestine and can improve bacteria in the gut, Keenan said. That slow digestion and fermentation seem key to regulating glucose levels.

The researchers compared the microbiota – collection of bacteria and microorganisms – in the individuals following consumption at each level. “There were no differences for any of the levels, but we found different microbiota in people who fermented the starch better,” Keenan said.

Research also shows that resistant starch has good prebiotic properties, promoting the growth of beneficial bacteria in the large intestine, he said.

Resistant starch is found naturally in beans, peas and lentils as well as the high-amylose maize starch, which is a natural variety of corn and was not created with genetic manipulation. Keenan said the starch can be added to baked products, sprinkled on foods or mixed into drinks.

“You can replace 20 percent of flour with resistant starch and not affect taste or texture,” he said.

The qualified claim is a third-tier claim from the FDA, which means there is not overwhelming scientific evidence of the claim. But Keenan said it is a good start to get the food industry and consumers interested in resistant starch and its health benefits.

The claim will likely lead to more investment in research on resistant starch, he said. 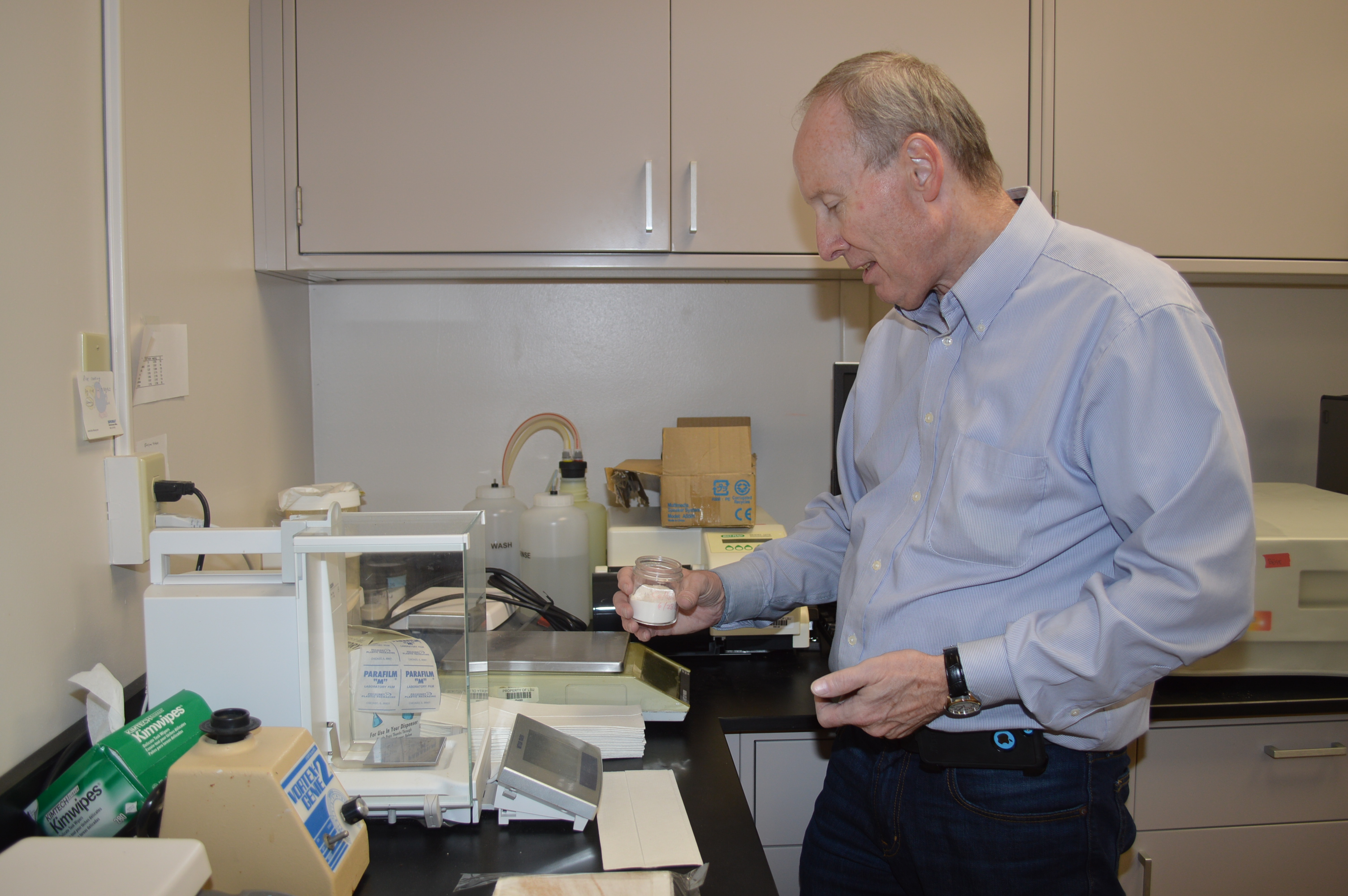 Michael Keenan, a professor in the LSU AgCenter School of Nutrition and Food Sciences, conducts research on resistant starch. A new health claim approved by the Food and Drug Administration says the resistant starch, high-amylose maize starch, could be effective in the fight against Type 2 diabetes. Photo by Tobie Blanchard/LSU AgCenter