Study shows mosquito pesticides do not cause honeybee mortality

(07/28/16) BATON ROUGE, La. – LSU AgCenter researchers in the Department of Entomology found mosquito control done properly has minimal effects on the health of honeybees. The three-part study, funded by a 2013 grant from the U.S. Environmental Protection Agency, evaluated the effects of pesticides on honeybees.

“You have a lot of attention focused on caring for bees and keeping them healthy,” said AgCenter entomologist Kristen Healy. “They produce honey, but they’re also important because they pollinate crops worldwide.”

The project was a collaboration among scientists at the LSU AgCenter, the U. S. Department of Agriculture Honey Bee Breeding, Genetics and Physiology Research Laboratory in Baton Rouge, East Baton Rouge Parish Mosquito Abatement and Rodent Control and USDA agricultural engineers from Texas. Local beekeepers were also involved in the study.

Research in the past focused on toxicity in a lab without real-world testing in the field. “We know the concentration that would kill a bee, but is it realistically going to get exposed to that concentration in the field?” Healy said.

After determining lethal concentrations, scientists conducted semi-field tests, where a truck sprayed six of the most common mosquito control insecticides toward pairs of cages containing bees and mosquitos. The cages were placed on poles from 50 feet apart to 300 feet apart, the typical distance insecticides can drift from spray trucks.

“This is the highest possible label rate that mosquito control would ever use out of a truck, and we didn’t see any bee mortality, even at 50 feet,” Healy said.

Mosquito control products use extremely small doses that target mosquitos, and the chemicals break down within hours. “Mosquitos are 100 times more susceptible to these pesticides than bees are,” she said.

The third stage included field tests. Local beekeepers volunteered, half of them with hives in areas of frequent mosquito treatment, with the other half in areas without control.

Scientists found no differences in the mortality rates of bees in both groups. “These pesticide concentrations used out in the field are not high enough to kill bees,” Healy said.

Researchers also measured stress by analyzing indicator enzymes from the field-test bees. They found no difference in stress between the two groups.

Mosquito control agencies do not indiscriminately spray chemicals, Healy said. They use science-based research like surveillance, trapping and population counts while testing for pathogens like West Nile virus and Zika virus to plan targeted mosquito control.

Bees stay inside their hives during the night when mosquito controls are usually sprayed and forage during the day when chemicals have disappeared. Still, it’s important for beekeepers and mosquito control agencies to communicate frequently.

“I’m happy that we’re not killing bees with mosquito control,” Healy said. “The exciting part was having people with both interests that were there every step of the way.”

Healy regularly gives presentations to the community, including beekeepers, who are understanding of the situation.

“They say I don’t like mosquitos, so if it’s not having an effect on my bees, I think I’d rather opt for protecting my family and pets against West Nile and Zika,” she said. 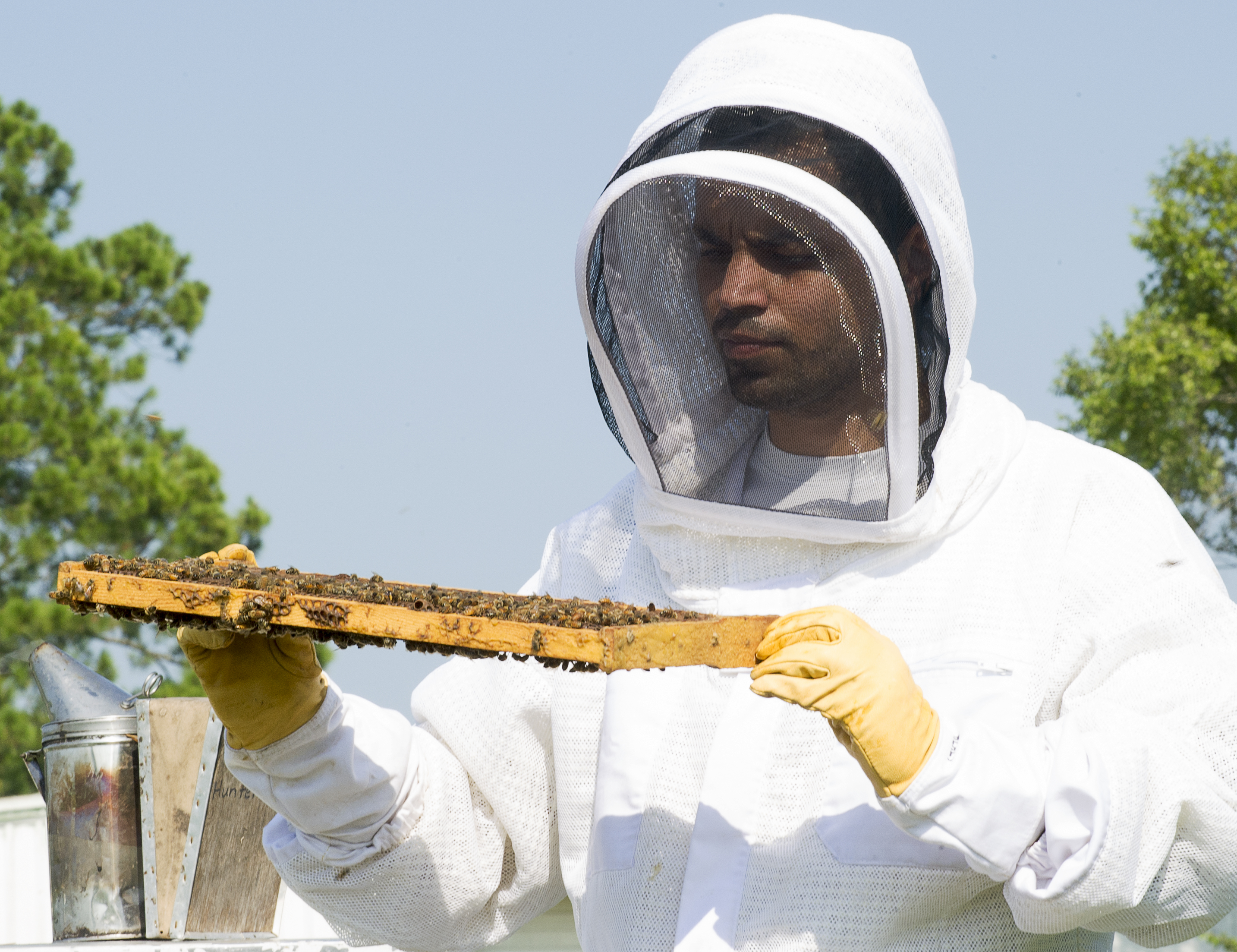 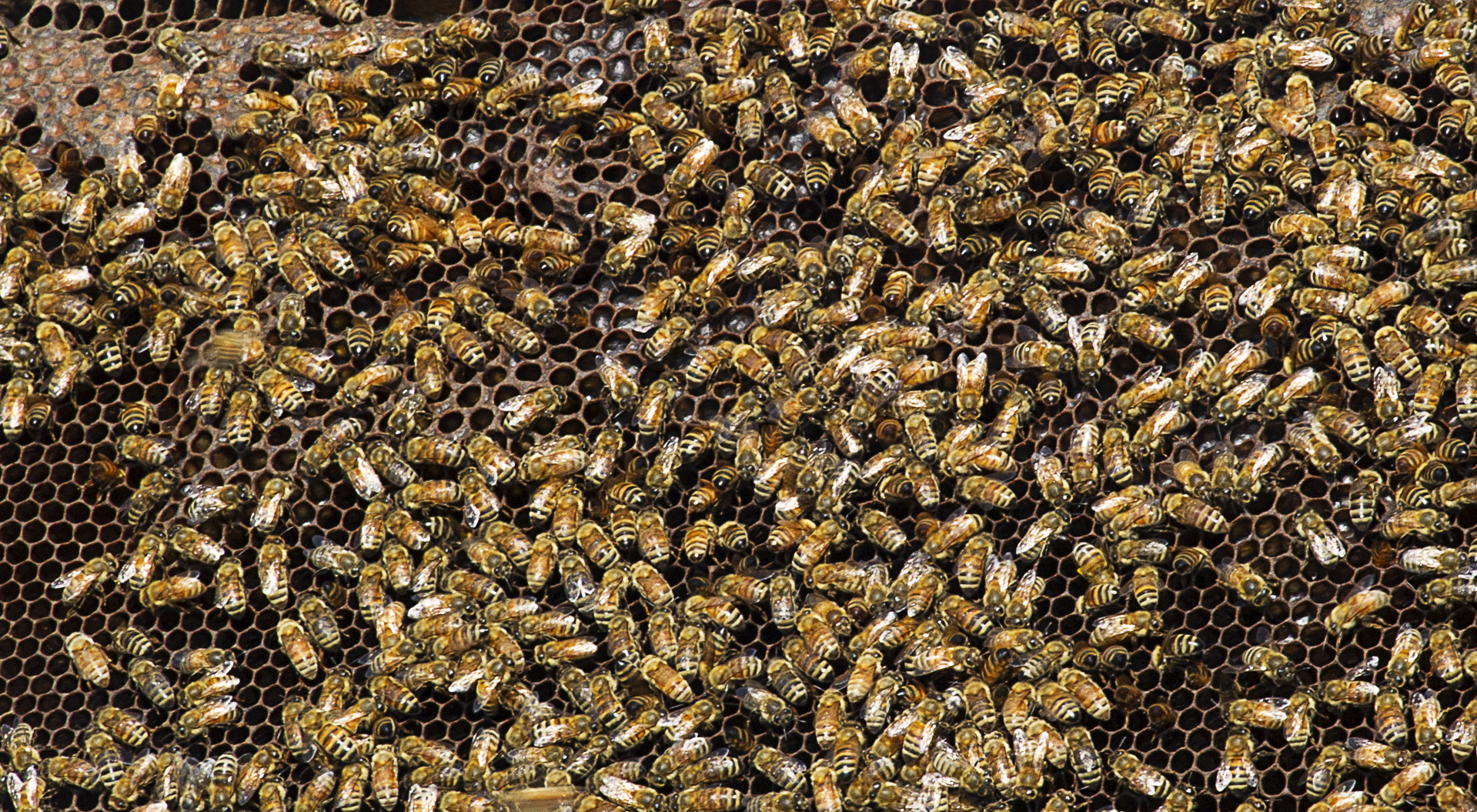 Honeybees crowd on a honeycomb at the USDA Honey Bee Breeding, Genetics and Physiology Research Laboratory in Baton Rouge on July 22, 2016. Photo by Olivia McClure 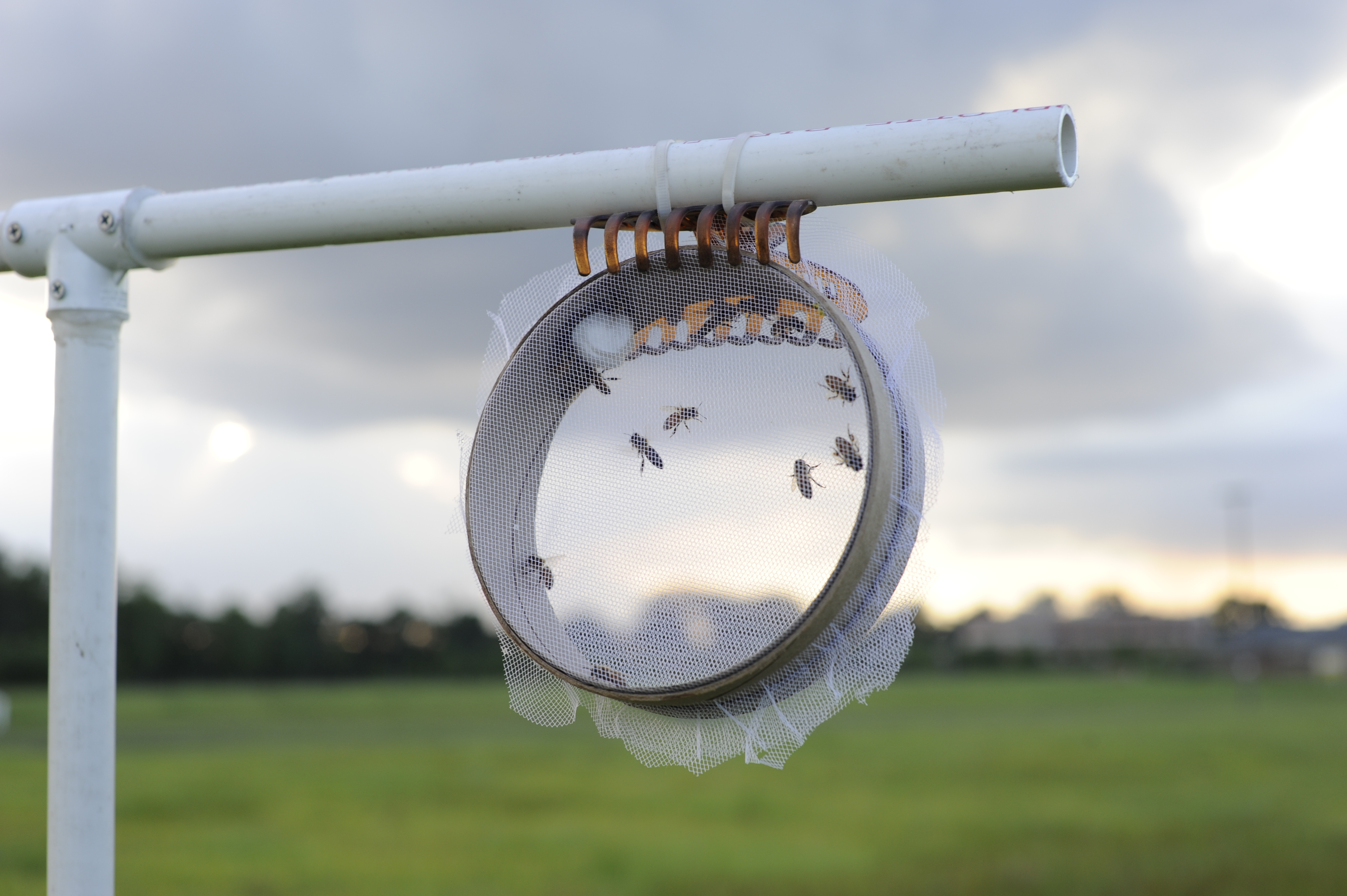 Bees are contained in a cage in Baton Rouge where researchers conducted semi-field tests with a truck spraying mosquito pesticides at cages of bees and mosquitos. Photo by Olivia McClure 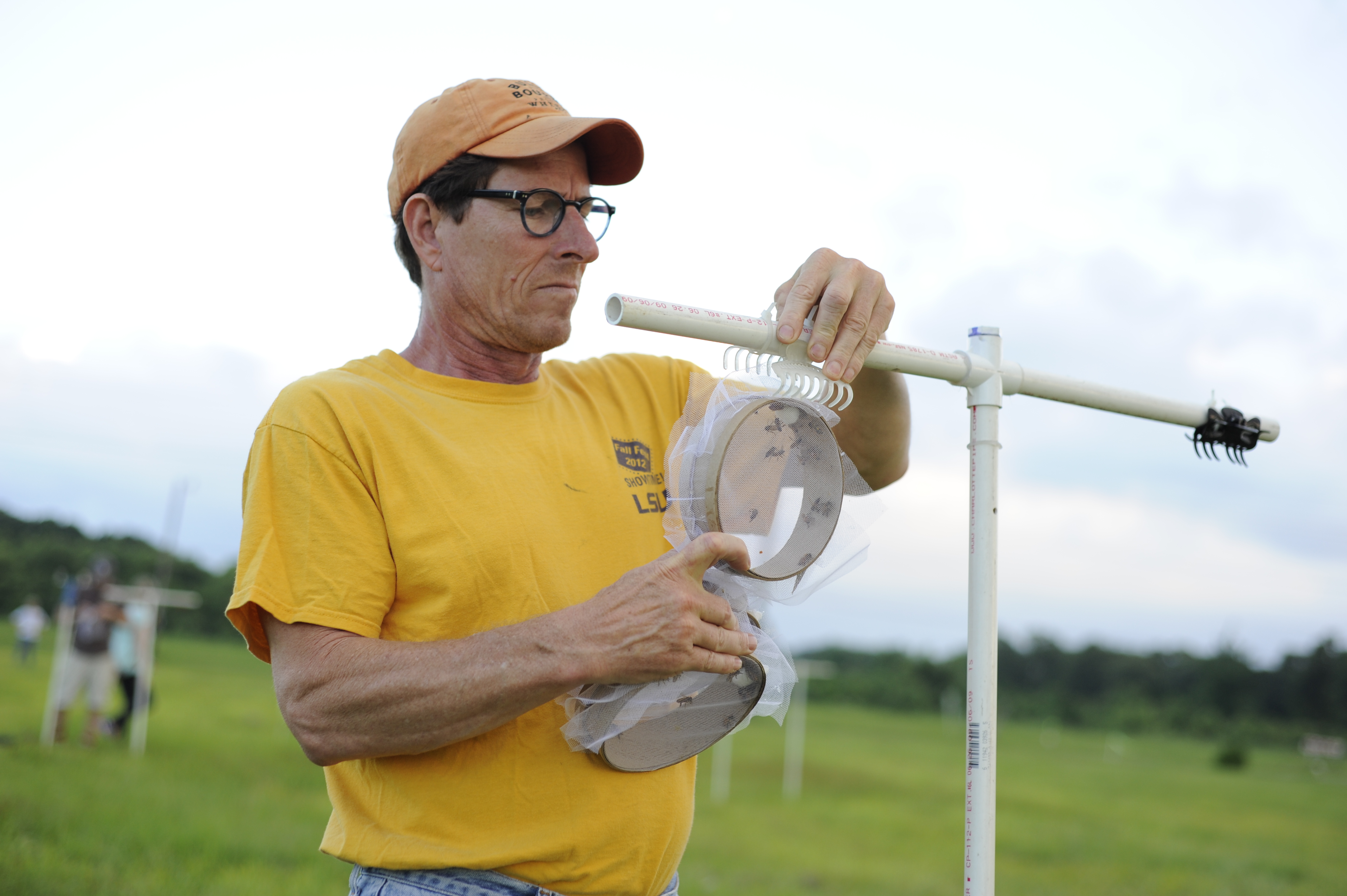 LSU AgCenter entomologist James Ottea sets up a cage of honeybees for a spray-truck test to evaluate the effects of pesticides on honeybees in June 2014. Photo by Olivia McClure