(07/08/16) BATON ROUGE, La. – Kevin Ringelman developed his interest in waterfowl on the plains of Bismarck, North Dakota. Ringelman, an assistant professor and waterfowl ecologist with the LSU College of Agriculture, grew up hunting and learning about ducks in that region.

Waterfowl is also part of his legacy.

“My dad spent his entire career working with waterfowl, so it was a natural fit for me,” Ringelman said.

Ringelman received his bachelor’s degree from Cornell University and his doctorate from the University of California at Davis. He joined the LSU College of Agriculture faculty in August 2014.

Ringelman’s research has him returning to his roots while also learning more about waterfowl wintering in Louisiana.

“My research is split between issues in Louisiana and breeding grounds in North Dakota,” he said.

One of Ringelman’s graduate students is in North Dakota, working on a project to study how fracking in that region is affecting breeding, nesting and duckling survival. Another student is studying lesser scaup diving ducks on Lake Pontchartrain.

Ringelman said the fracking activity in North Dakota may have affected waterfowl in several ways.

“They may find quieter places to nest, so we may see fewer pairs. But the fracking may be affecting predators, so nesting success could be higher,” Ringelman said.

The effects of fracking could lead to lower duckling survival because brine contamination in wetlands could kill the insects that ducklings eat, affecting their food supply, Ringelman said.

Ringelman also plans to have a doctoral student lead a mottled duck study at Rockefeller Wildlife Refuge in Cameron Parish. They will use radio telemetry to study adult survival during the breeding season.

Being in Louisiana affords Ringelman many research opportunities.

“There is no better place than Louisiana to study waterfowl,” he said.

Louisiana is an important wintering area for waterfowl, and Ringelman can find other scientists here to collaborate with. He also said Louisiana’s duck-hunting community has been supportive of his research and teaching efforts.

He takes some of his classes out in the field for hands-on wildlife activities. Next spring, he plans to have a class help capture ducks using rocket nets and band them. They also will observe veterinarians implant radio transmitters in waterfowl.

“I’m very impressed with the undergraduates here. They want to stay out in the field longer. They are just so enthusiastic about being outside,” Ringelman said “This is very different from the undergraduates I worked with at other universities.”

Ringelman said waterfowl are an important part of Louisiana’s culture and economy. In 2014, 77,000 hunters in Louisiana harvested 1.8 million waterfowl. The total economic benefit to the state was $119 million. 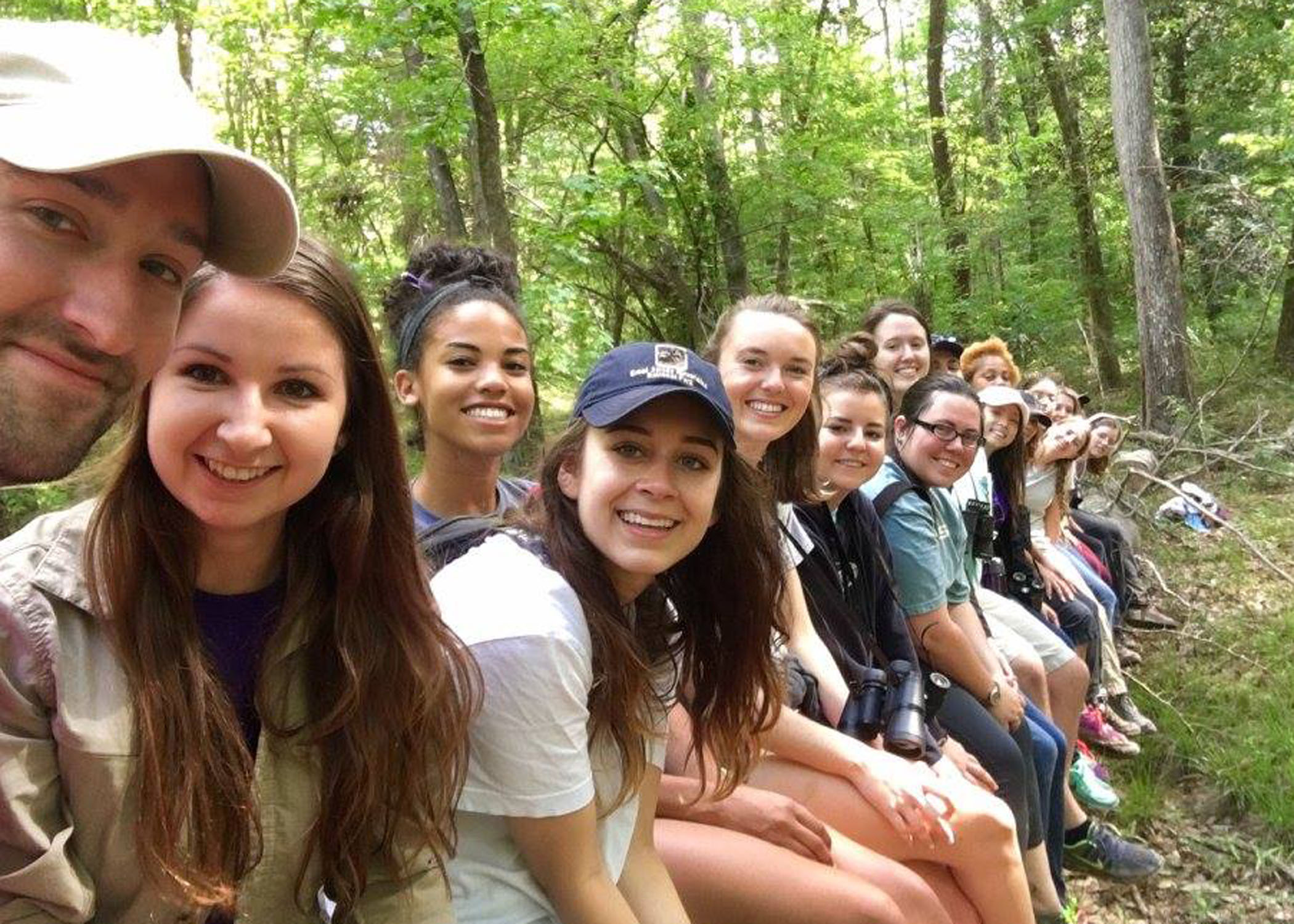 Assistant professor and waterfowl ecologist Kevin Ringelman, left, with his Ecology and Management of Southeastern Wildlife class in Alexander State Forest in Woodworth, Louisiana. Ringelman enjoys taking his students out in the field. (Photo provided by Kevin Ringelman) 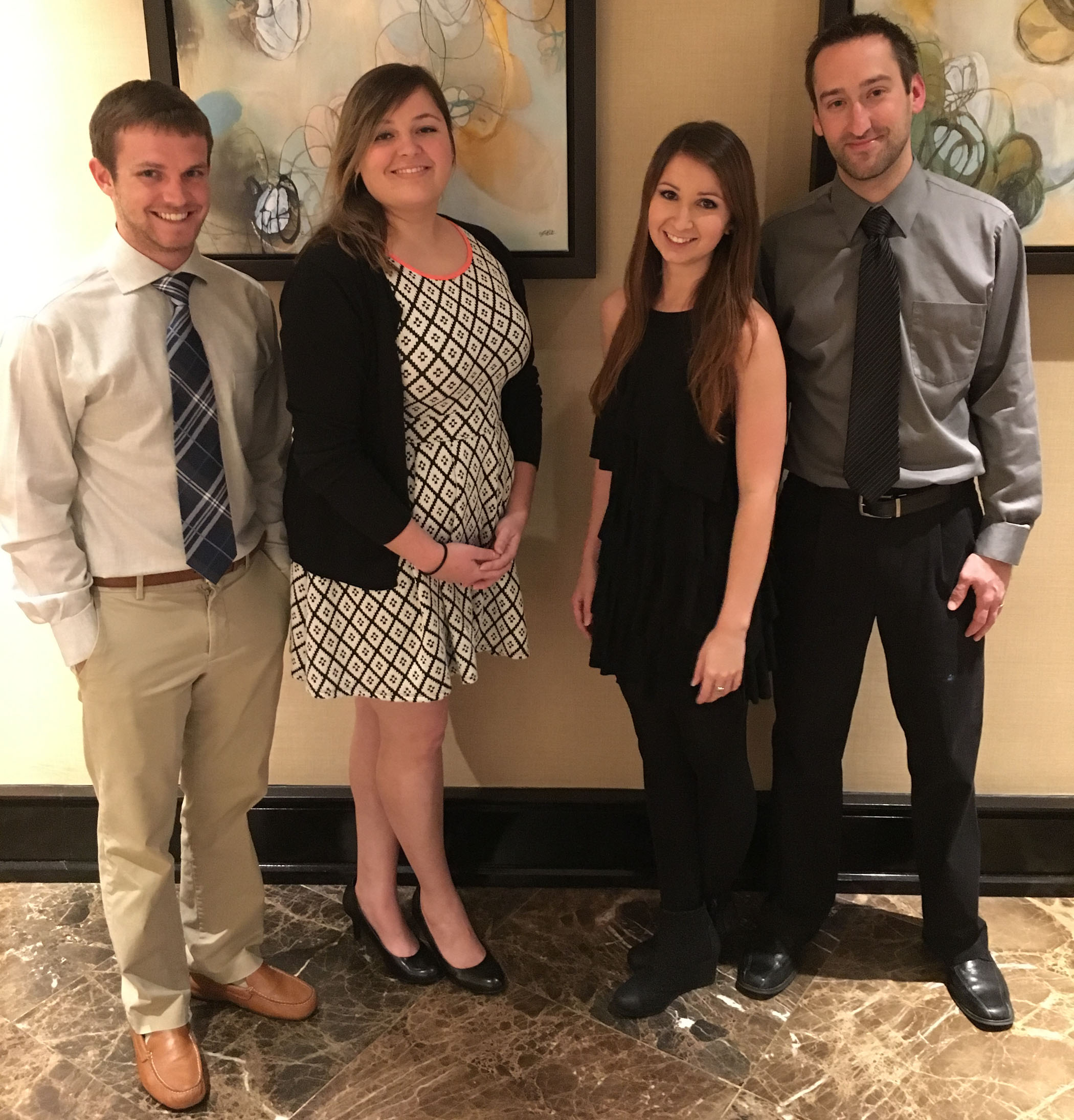