The time for planting many of our other warm-season vegetables is almost here. While vegetables ranging from sweet corn to tomatoes to okra are considered “warm season” vegetables, they differ regarding the times of year and temperatures at which they’re best planted.

On one end of the spectrum, we can get away with planting sweet corn seed as early as late February in some years in southern Louisiana. Because the growing tip of corn stays below the soil surface for some time after seed germination, it’s likely to tolerate a late cold snap if planted a week or two before the last frost.

Likewise, snap bean seeds can be planted relatively early. It takes 7 to 14 days for seeds to emerge, so planting in early to mid-March will often allow them to escape our last frost. As when planting sweet corn, the soil temperature should be at least 60 degrees F.

Tomatoes, cucumbers, squash, watermelons, cantaloupes, pumpkins, and lima beans are what I think of as the warm-season vegetables that are planted at a “normal” time. We want to plant these late enough to avoid frost.

The traditional saying about planting on Good Friday often a good guide, though that date varies quite a bit from year to year. For example, in 2008, Good Friday was on March 21, while in 2011, it was on April 22.

Historical information about last freezes and frosts is also useful. During the 30-year period between 1991 and 2020, there was a 50% chance of temperatures reaching 32 degrees F or colder in Hammond March 8 but only a 10% chance on March 31.

Frosts can occur at temperatures above 32 degrees F, though. During the same 30-year period, there was a 50% chance of temperatures reaching 36 degrees F or colder in Hammond on March 25 and a 10% chance on April 16.

Of course, watching the weather forecast is often helpful, too.

Individuals’ ability to protect plants – with devices ranging from cut-off milk cartons to commercial row covers – and willingness to risk plant loss can be taken into account, as well.

While peppers and eggplants are in the same plant family as tomatoes, they’re more cold-sensitive (eggplant especially so), so don’t get in too much of a hurry to plant these.

Okra and southern peas (black-eyed, crowder, purple hull, and cream peas) need soil temperatures of at least 70 degrees F to germinate well, so it’s probably best to wait and plant these in April or later. Unlike some other vegetables, these produce well during the heat of the summer, so you don’t need to be concerned about waiting even as late as June or July to plant these. 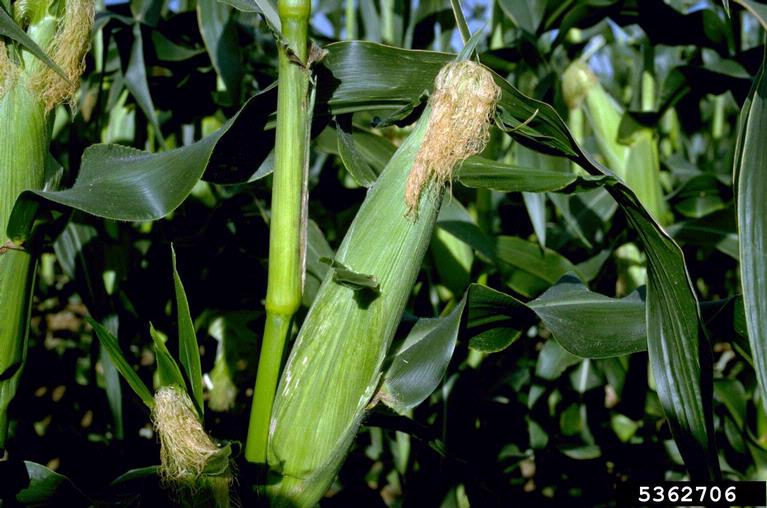 Sweet corn can be planted earlier than most other spring vegetables. (Photo by Howard F. Schwartz, Colorado State University, Bugwood.org)

While peppers and eggplants are in the same plant family as tomatoes, they’re more cold-sensitive. (Photo by M.H. Ferguson)