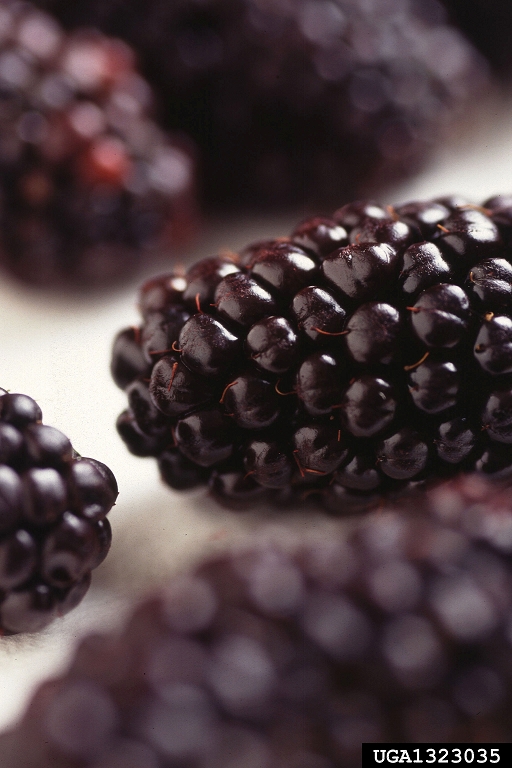 Last week’s article was about summer pruning of blueberry plants. If you have blackberries, there is some after-harvest pruning to do, as well.

Once blackberry canes have finished fruiting, it’s a good time to remove those canes.

Blackberries have what we call biennial canes. The canes arise in one season, during which they’re called “primocanes.” During the first year of growth, the canes of traditional blackberry varieties do not produce fruit. Canes produce fruit during their second year of growth, when they are known as “floricanes.”

Once second-year canes, or floricanes, have fruited, they can be cut down. They will die anyway, but removing them by cutting near the base soon after harvest reduces the chance for certain diseases to spread from floricanes to primocanes.

Many of the blackberry varieties that we plant nowadays are the thornless, erect (upright-growing) type. Examples are ‘Arapaho’ and ‘Osage’. Once the primocanes reach about three to four feet in height – or if you have a trellis, once they are about eight to twelve inches taller than the top wire – “tip” the primocanes to encourage them to grow side branches. It’s best to do this while the canes are still tender enough that you can pinch or snap them off with your fingers rather than waiting until they’re thick enough that they need to be cut with pruning shears.

During the late winter, if the side branches (“laterals”) have grown long, prune them back to twelve to eighteen inches in length while plants are dormant.

There are some new blackberry varieties that are “primocane-fruiting,” meaning that they can produce fruit on first-year canes. An example of this type of variety is 'Prime-Ark® Freedom'. Because it’s so hot here during the time of year that flowers are produced on primocanes, it’s not expected that these will produce much of a primocane crop. So, it’s recommended that these be treated like traditional floricane-fruiting varieties.

In other words, even if plants do manage to fruit on primocanes, leave the primocanes until the second year so that they will also produce a floricane crop. Then, as with traditional blackberry varieties, cut down the canes after the floricane crop has been produced.