Working in the Landscape: Pocket Gophers & Cemeteries, a Messy Mix 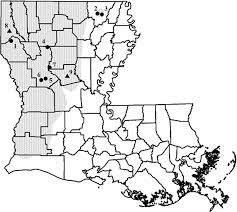 LA Department of Wildlife & Fisheries can assist with nuisance wildlife. 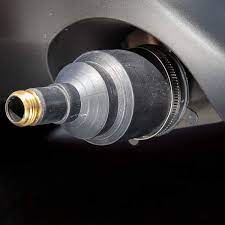 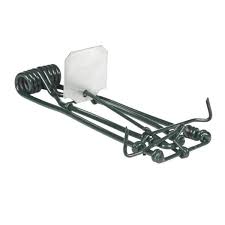 Sharon sent an email regarding some nuisance wildlife in a rural cemetery, “The gophers are in the Newlin Cemetery on the road by that name in Singer, LA 70660. It is a community cemetery of about five acres, four of which look like a prairie dog town! We need help! I contacted a nuisance animal control business, but their estimate for the project was $9000! If I present that [estimate] to the Board, we’ll have to bury [the Board members] in what’s left of the cemetery [due to sticker shock].”

Dr. Don Reed, a retired AgCenter biologist, describes their native range in Louisiana, “In Louisiana, pocket gophers are found in the western portion of the state from the Arkansas state line as far south as northern Cameron parish… They are only able to dig their subterranean tunnels in sandy loam soils….”

AHA consulted Ms. CC Richmond, a wildlife biologist with the LA Department of Wildlife and Fisheries (LDWF). Ms. Richmond then researched some solutions and shared some more cost-effective methods of gopher control.

One of those methods include flooding. Richmond cited an extension publication from the University of Nebraska, Lincoln (UNL), “Irrigating fields by flooding can greatly reduce habitat suitability for pocket gophers. Water can fill a gopher’s tunnel, thus causing the occupant to drown or flee to the surface, making it vulnerable to predation. The soil may be so damp that it becomes sticky. This will foul the pocket gopher’s fur and claws. As the soil becomes saturated with water, the diffusion of gases into and out of the gopher’s burrow is inhibited, creating an inhospitable environment. The effectiveness of this method can be enhanced by removing high spots in fields that may serve as refuges during irrigation.”

Another method that Richmond cited included “fumigating with carbon monoxide[CO]”, and the UNL publication describes how to use CO, “Carbon monoxide from automobile exhaust is more effective than other fumigants because of its greater volume and pressure. Connect a piece of hose or pipe to the engine exhaust and place it in a tunnel near a fresh soil mound. Pack soil around the hose or pipe and allow the engine to run for about 3 minutes. The method is usually 90% effective. The engines of newer vehicles with antipollution devices require a longer running time since they do not produce as much carbon monoxide. This procedure requires no registration.”

Richmond contacted an LDWF co-worker who has trapped pocket gophers and is familiar with the Victor™ gopher trap found in Home Depot™ stores. The LDWF trapper also suggested, “Watching a YouTube video on how to set them would probably be the most helpful. They’re solitary except during their breeding period (February-August), so there will only be 1 pocket gopher in each burrow system. If there’s 4 or more dirt mounds grouped within a few feet of each other in a line, all those belong to one gopher.”

An online search for “gopher traps” yielded several brands and designs for this type of trapping device. Several online retailers can sell these various traps.

Richmond also consulted her supervisor who provided this information, “The only other recommendations I’m seeing are the toxic baits. Apparently, they don’t pose a huge risk to non-targets because they’re placed in the burrow and not easily accessed by other animals. [Another online search for “gopher baits” also yielded plenty of brands and formulation also available by online retailers.]

I would also suggest checking with multiple NWCOs (nuisance wildlife control operators) and/or pest control companies. The $9,000 quote she got may not be the standard. The estimates can vary widely and often depend on the distance to the site for the operator.” In other words, a second opinion would be a good idea.

If you want to contact Working in the Landscape, please send your questions and pictures to Keith Hawkins, Area Horticulture Agent (AHA), 337-284-5188 or khawkins@agcenter.lsu.edu. Also, you can be on the “green thumbs” email list by emailing your request to the address above.