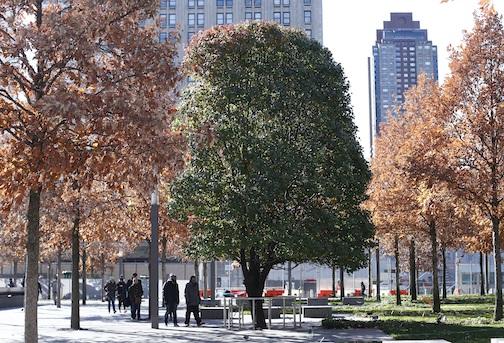 Mara of Alexandria sent an email about a flowering ornamental tree, “I just read that Sulphur [LA] is getting a Callery pear seedling from 9/11 site. I looked it up, wonder why they did not call it a Bradford pear? I was also surprised that the Callery pear had, and is still, existing in NYC.”

After being removed from the rubble, it was placed in the care of the NYC Department of Parks and Recreation. Following its recovery and rehabilitation, the tree was returned to the Memorial in 2010, where it remains as a living reminder of resilience, survival and rebirth.” 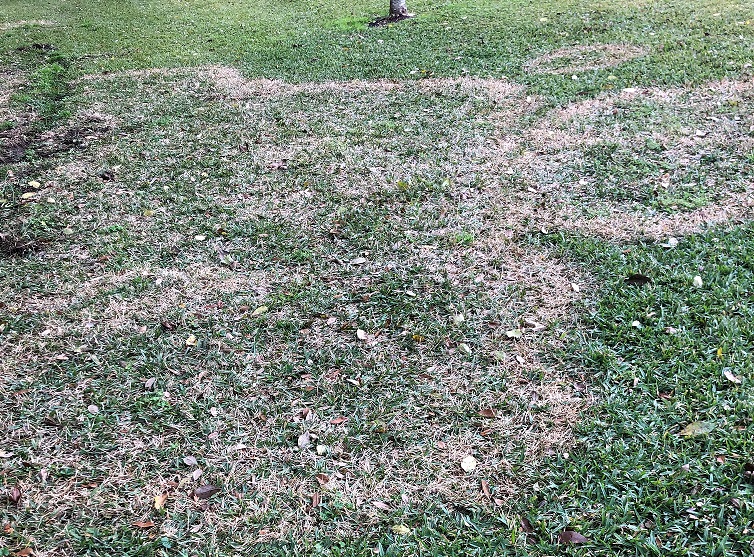 Wayne sent a clear image and a question, “Can you tell me what these brown rings are in the yard and what I should be treating them with?”

The AgCenter has a publication, “Louisiana Home Lawn Series: Large patch”, and it discusses the causes and treatments for large patch. This document is free and downloadable.

According to this publication, “Large patch, formerly known as brown patch, is a serious disease of turfgrass in Louisiana. The disease is caused by the soilborne fungus Rhizoctonia solani, and symptoms typically appear as large circular or irregular patches of yellow to brown turfgrass.”

“One way to reduce disease incidence and accelerate turfgrass recovery is to maintain a healthy lawn through balanced fertilization and irrigation and regular mowing.” Some guidelines provide help with the correct use of lawn practices. Finally, this document also discusses the use of fungicides as part of an overall treatment program. 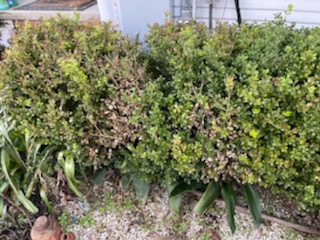 Leslie sent some pictures of her small boxwood shrubs use as a foundation planting around her home and wanted to know what is happening with her shrubs.

Sometimes, diagnosis from photos is easy and then sometimes, it is not. Based on this image and other pictures that Leslie sent, the diagnosis could be one of three boxwood diseases:

All these diseases result from different fungal infections. A tissue sample from the plant sent to the Plant Diagnostic Center will identify the pathogen and provide treatment recommendations. A tissue sample will need to arrive at the diagnostic lab before the weekend to avoid a specimen from going stale in the mailroom. The cost for a diagnostic test is $25, and the local AgCenter office can help with preparing a sample for delivery to Baton Rouge.