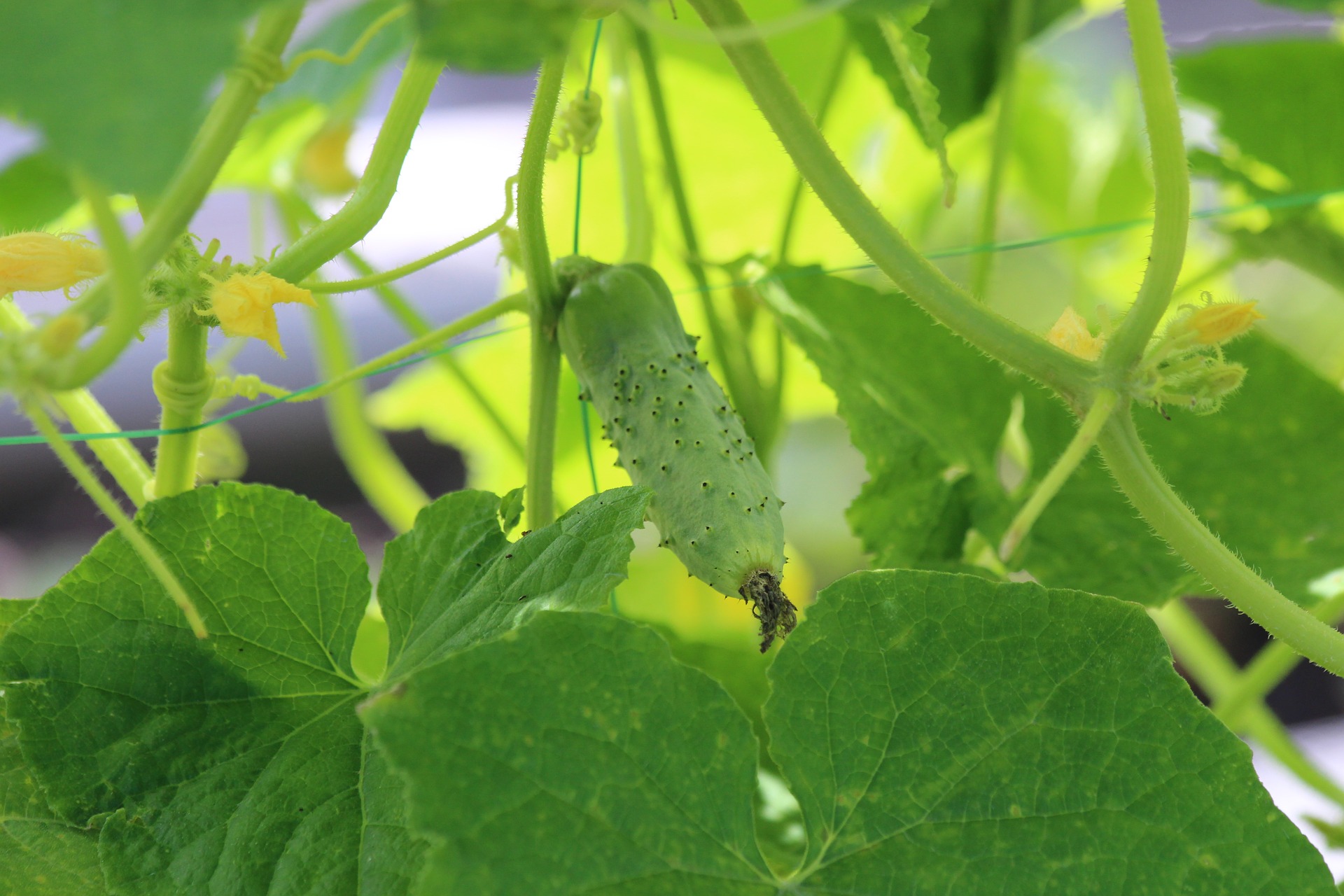 The days are getting longer, and the weather is beginning to warm up. If you haven’t started your warm-season vegetables yet, there is still time to do so. If your transplants are ready to be put in the ground, then consider getting your beds prepared and the vegetables in the garden soon.

Warm-season vegetables include tomatoes, peppers and eggplants, but one of my favorite warm-season vegetables to grow is cucumbers. Whether you prefer them fresh, pickled, in salads or on a sandwich, cucumbers are a great addition to any backyard vegetable garden. You could use your cucumber in all four dishes and still have plenty left over as one plant will typically produce 30 to 40 fruits. Be sure to take this into consideration when deciding how many to plant.

Cucumbers, as well as other members of the cucurbit family, produce separate male and female flowers on the same plant. It is very easy to tell which flower is male and which is female — the female will have an immature fruit attached to the base of the flower.

When choosing which variety to plant, consider that there are two general kinds of cucumbers: pickling and slicing. The pickling varieties produce short, blocky fruit with a tender skin that usually has more white coloration than the slicing types. The slicing types, typically used in salads, are long, dark green with a thick, tougher skin.

Many varieties are available on the market, but not all will grow well in the South. A few slicing-type varieties that do well here in the South include Dasher II, Diva, Olympia and Slice. If you are growing for pickles, consider Calypso, Fanipak or Jackson.

Cucumbers can take up a rather large area if left to grow on the ground. However, a common practice of backyard cucumber growers is to trellis the plant or allow it to grow on a chain-link fence. This will not only reduce the amount of area used in the garden but will also help reduce disease that have detrimental effects on your cucumbers.

Cucumbers are relatively heavy feeders, so dig in a generous amount of compost prior to planting. Two to three plants should be more than enough for one household. If you plant more, be prepared, and have neighbor or friend do share with.