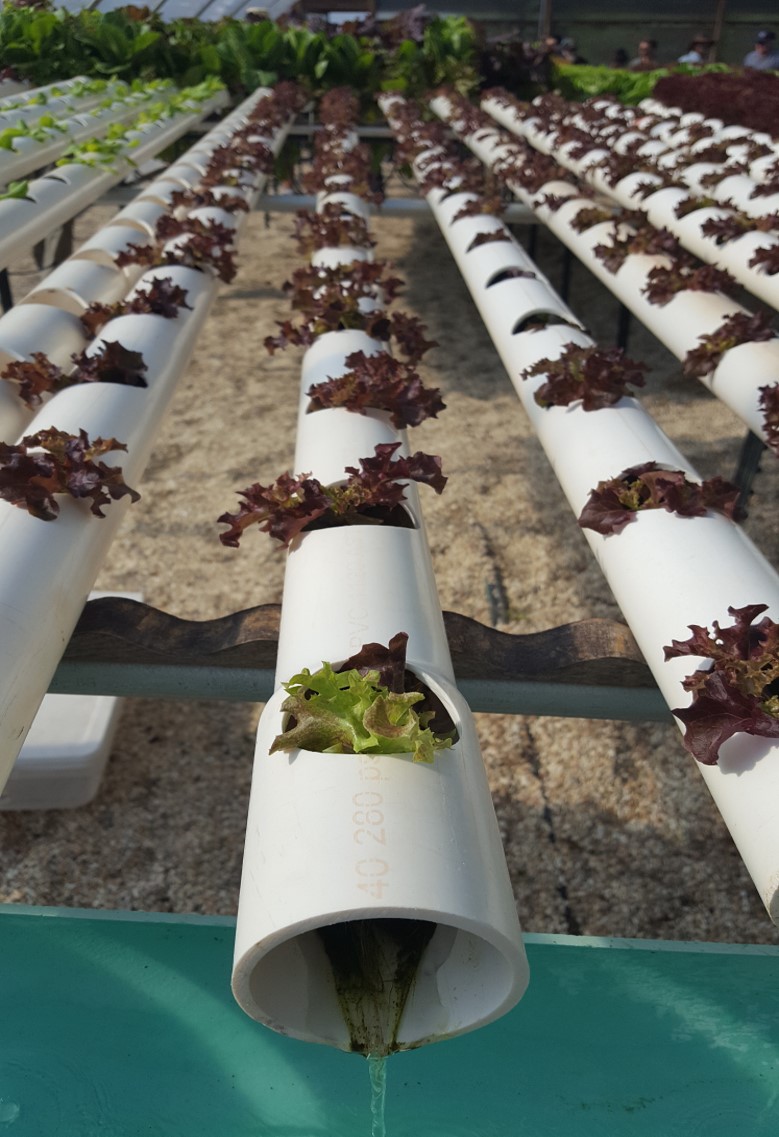 Hydroponics is a very unique and interesting way to grow fruits, vegetables, herbs and flowers. The term can be used to describe any one of several ways plants can grow without soil. Hydroponics is also known as soilless gardening, which includes containers filled with water or other non-soil materials, such as gravel, sand, vermiculite, crushed rock, Styrofoam, cinders, expanded shale or haydite.

Hydroponics may seem like it's a very futuristic type of gardening, but the concepts have been around since the 1500s, though not understood. It was thought that the Hanging Gardens of Babylon were grown hydroponically through a series of aqueducts and channeling of water through the tower.

While there is documentation, the Aztecs were believed to have used hydroponics to grow many of their fruits and vegetables. The Aztecs were forced into a marshy land that had little to no soil to grow crops. They tied together reeds and twigs and other materials to create floating rafts and then covered these rafts with dredged soil from the marsh. This soil was very nutrient-rich. The Aztecs would then plant their vegetable seeds into this soil. The seeds would germinate, and the roots would grow through the rafts into the water, continuing to derive nutrients and water from the marsh.

Many systems are available to be purchased on the market today, or you can make a trip to your local hardware store and build one relatively simply. A few types to choose from are the wick system, which has a unit of water below the plant and uses a rope or other materials to wick the water up to the plant roots; and the ebb and flow system, which floods the plant for a short amount of time then drains away. The nutrient film technology is a system that most people are familiar with, sometimes called a recirculating system. A unit of water is pumped to the top of the system. Then through gravity, the water flows back down across the plants’ roots and back into the unit. Water culture is another hydroponic system where the plant sits above a bucket of water and the roots dangle in a nutrient solution. This system typically has an air stone or some sort of device creating air bubbles at the bottom of the system. And lastly, the drip system is very similar to the nutrient film technology, but it just simply drips on the plant roots.

At first, a hydroponics system can seem to be very complicated. But once it's up and running, it's very simple grow and maintain. Many benefits can be gained from growing this way. First, you reduce the soil-borne pests and diseases drastically by not introducing soil into the system at all. Also, weeds tend to be much less of an issue in a hydroponic system as there's no soil to maintain a seed bank as in in-ground gardening. Many times you're also able to grow more plants in a smaller space than you would in a traditional soil garden. This is because plants grown in soil need to extend their roots out to find nutrients and gather water. But in a hydroponic system, there's no need for that as you're providing everything that the plant needs directly to its roots. Another benefit that can be gained by growing hydroponically is you are able to produce crops more rapidly, again because of the constant supply of water and nutrients. Water and fertilizers can also be conserved in a hydroponic system as there's no runoff or leeching.