Olive trees have been reported as a new host of the emerald ash borer by Wright State University. This was an in-lab study that showed it was capable for EAB larvae to develop into adulthood in olive trees. Read more here.

White fringe trees have also been discovered as a non-ash host for EAB. Damage on white fringe trees was not as significant as what the beetle would do to white or green ashes. Read more here.

It is expected that this insect will continue to expand its range in Louisiana. In preparation for the arrival of the emerald ash borer, the location of ash trees may be determined and the trees protected aggressively by using systemic insecticides. Biocontrol efforts are ongoing, and parasites may be released in attempts to reduce the numbers of emerald ash borers. Additionally, ash trees in poor health may be removed. The quarantine procedures should be followed. In particular, potentially infested firewood should not be transported outside of quarantine areas. Recent Louisiana Nursery and Landscape Association newsletters have included information on the emerald ash borer.

Management of Phytophthora aka 'Plant Destroyer' 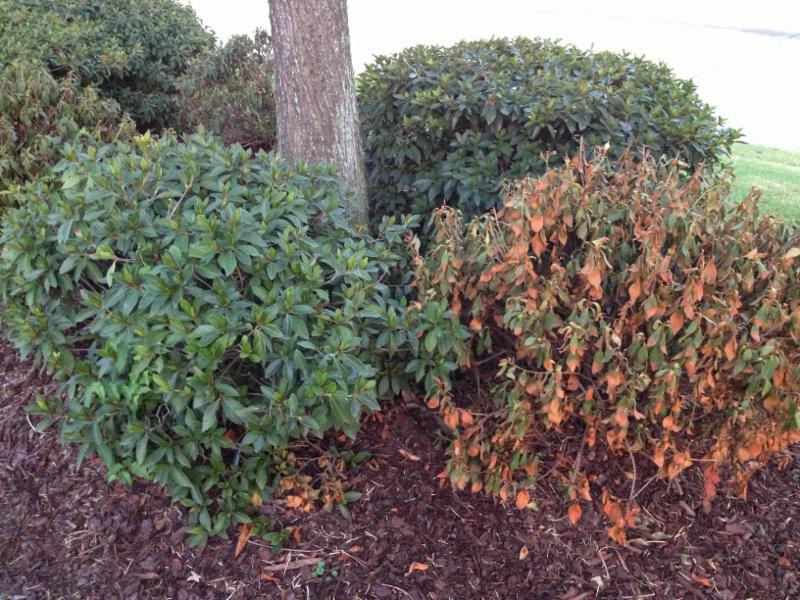 Symptoms caused by Phytophthora may vary with the plant species, but primary symptoms include root and crown rot, wilting and yellowing of foliage followed by death of the affected plants. After infection occurs, roots start to rot and lose their ability to absorb water and nutrients. Reddish brown lesions appear on the infected roots (Figure 1). Rotted roots turn light to dark brown and easily slough off (Figure 2). Aboveground symptoms become obvious after considerable root rot has occurred. In the beginning, random sections in the canopy wilt and turn yellow. As the disease progresses, the entire plant turns brown and dies (Figure 3).

Disease management in landscape starts with avoiding diseased plants because once Phytophthora is introduced, it can persist in soil for a long time. Well-drained soils with good organic matter content are recommended for new plantings. Good cultural practices including proper planting depth, spacing, fertilization and irrigation may help reduce infection. Roots injured during planting become highly susceptible to Phytophthora infection. In landscapes where disease is prevalent, prophylactic treatment with fungicides containing an active ingredient such as aluminum tris, fosetyl-Al, mefenoxam or phosphite may help avoid infection. These fungicides do not completely eliminate the disease, and repeated applications may be required to suppress the disease. Follow fungicide labels for rates and frequency of applications. 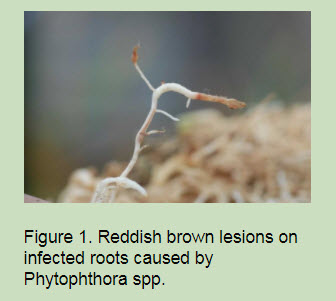 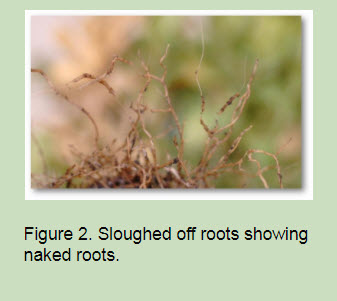 Originally found in central Florida, the Ocala Anise (Illicium parviflorum) 'Florence' is a rapidly growing large evergreen shrub that was introduced by the Woodlanders Nursery. Its leaves smell of licorice when bruised or crushed, and in spring it produces lightly fragrant yellow flowers, according to the University of Florida Institute of Food and Agricultural Sciences. The Ocala Anise is often used for dense hedges or screens, and it grows well in the sun or shade, but it becomes thinner in the shade, according to the UF IFAS. 'Florence' is growing in the Sun Garden at the LSU AgCenter Hammond Research Station.

To determine the impact of preemergence herbicides, centipedegrass growing on a fine-textured soil was treated with several commonly available preemergence herbicides at manufacturers’ labeled rates during early spring, including dithiopyr, pendimethalin, prodiamine, simazine, and indaziflam. Then over time roots were measured to determine how or if rooting was affected.