Status and Latest Research on Managing Soybean Rust in Louisiana

Soybean rust, caused by the fungus Phakopsora pachyrhizi, continues to be a threat to soybean production in Louisiana since its discovery in this country in 2004. The prevalence of soybean rust in Louisiana depends on previous winter weather patterns. The disease can flare up after consecutive mild winters, which allows the pathogen’s spores from previous years to survive, multiply and cause widespread infections. For example, in 2020, severe soybean rust disease was observed in soybean fields at multiple locations in Louisiana in early August, and severe defoliation was observed starting in early September, causing an estimated yield loss of about 37% in experimental fields at the Ben Hur Research Station. The disease was so severe that soybean rust spores were collected using a hand-held vacuum. Soybean rust was not an issue in 2021 because of several hard freeze events in the early spring.

Soybean rust symptoms initiate in the lower canopy as gray-green, tan to brown to reddish angular lesions restricted by leaf veins (Figure 1). Spores resembling sand grains on the undersides of leaves are visible with a hand lens. In severe situations, lesions may appear on petioles, pods and stems, and significant premature defoliation may occur. There are limited management options for soybean rust because of a lack of genetic resistance in commercial varieties and because fungal populations have the capacity to develop tolerance to fungicides from frequent applications. Therefore, a more integrated approach to manage soybean rust has been adopted by LSU AgCenter scientists including: evaluating genetic resistance, fungicide efficacy, cultural practices and developing novel ways to manage this disease.

LSU AgCenter scientists have been evaluating genetic resistance, cultural practices and fungicides in tests conducted on LSU AgCenter research stations and on farms. Varieties entered in the LSU AgCenter Official Variety Testing program have been evaluated for genetic resistance when rust was present, and fungicides were not applied. On the Ben Hur Farm in Baton Rouge and Dean Lee Research Station in Alexandria, two tests were planted at each location in the past three years. One was treated with a fungicide and the other was not. These trials provided information on the benefits of genetic resistance and fungicide efficacy for managing rust. Varieties varied in response to rust during 2020, and rust was not present in 2019 and 2021. This information can be found in the Soybean Variety Yields and Production Practices LSU AgCenter publication.

In other tests, experimental and commercially available fungicides were evaluated in the presence of naturally occurring diseases. Several commercial fungicide options were found to be effective for managing this disease (Figure 2), and recommendations can be found in the LSU AgCenter Plant Disease Management Guide. Planting date tests were initiated at Dean Lee in 2019 to evaluate the impact of this practice on soybean diseases. Unfortunately, rust was not observed in these tests. Research directed at managing soybean rust will continue at multiple research stations and on farms in Louisiana.

In addition, LSU AgCenter scientists try to develop new ways to manage this disease. For example, they are developing a double stranded RNA (dsRNA) based approach using genes from the pathogen, similar to the mRNAs used in Moderna and Pfizer COVID-19 vaccines, to reduce the rust disease incidence and severity. Significant reduction in rust infection and disease severity under growth chamber and greenhouse conditions have been achieved through spray application of these dsRNAs (Figure 3). This new type of bio-pesticide has the potential to manage multiple fungal, insect and nematode pests with high specificity and toxicity toward targeted pathogens/pests and no toxicity or adverse effects to human or any other non-targeted organisms as well as the natural environment. This area of research could provide farmers with safer and more sustainable ways to prevent losses while reducing inputs and lessening environmental effects. In addition, this approach may effectively reduce the pathogen/pest populations that are resistant to existing fungicides/pesticides, which can further enhance the effectiveness of current pesticides and reduce production costs. Consequently, this will increase the sustainability of soybean production in the Midsouth and improve farmers’ profitability.

(This article appears in the winter 2022 issue of Louisiana Agriculture.) 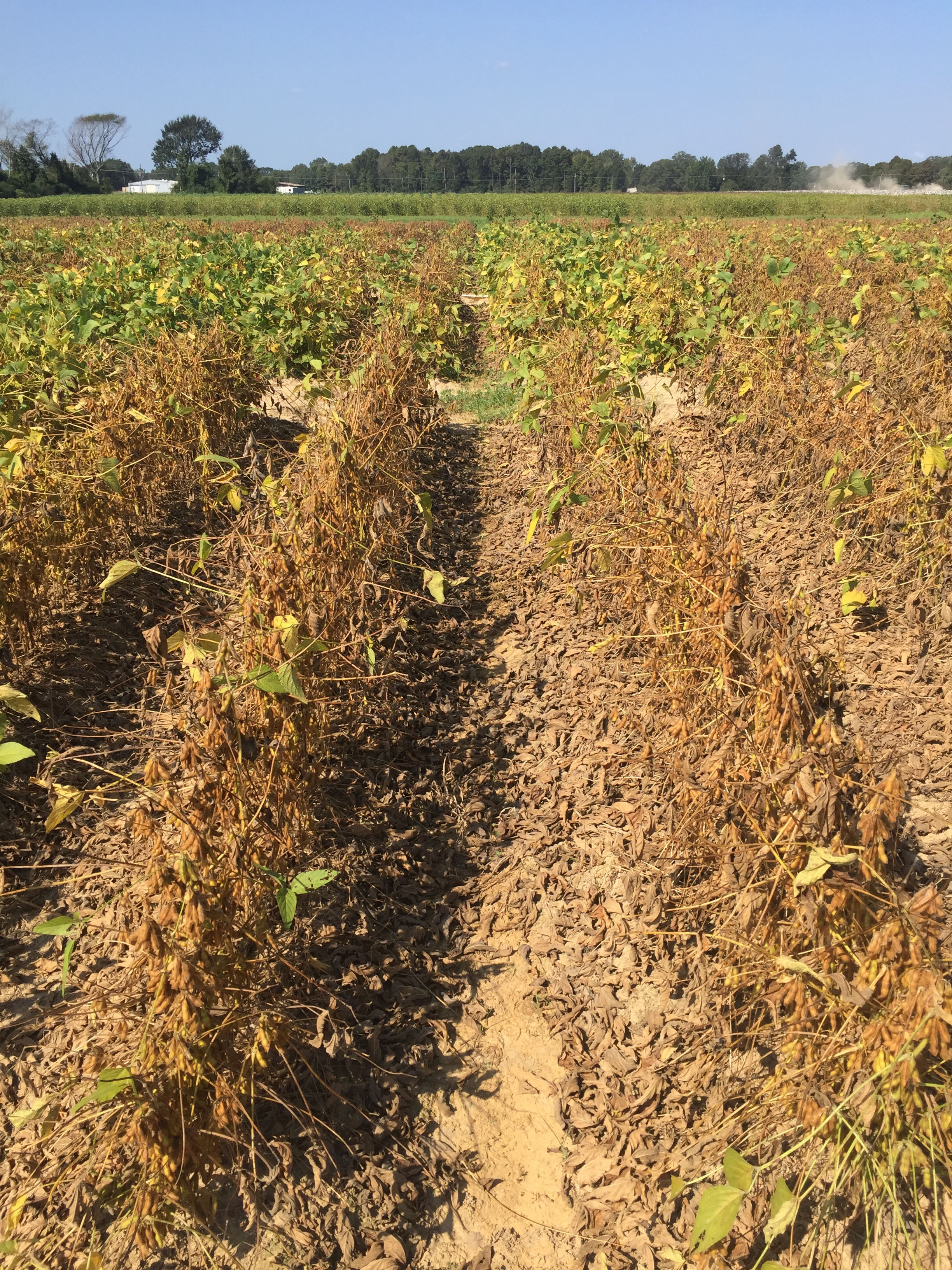 Figure 2A. A soybean field that has not been treated for rust. Photo by Trey Price 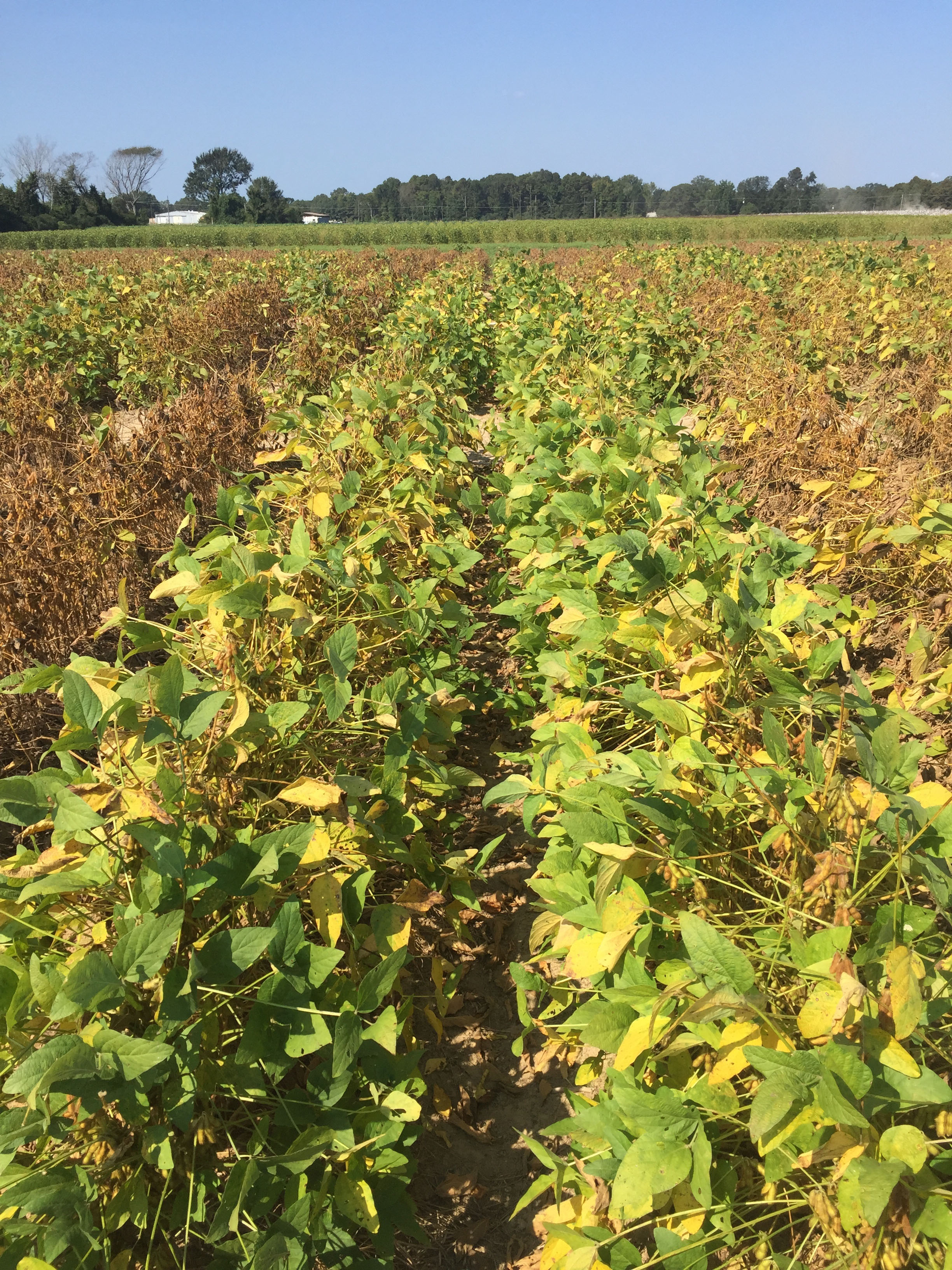 Figure 2B. A soybean field that has been treated for rust. Photo by Trey Price 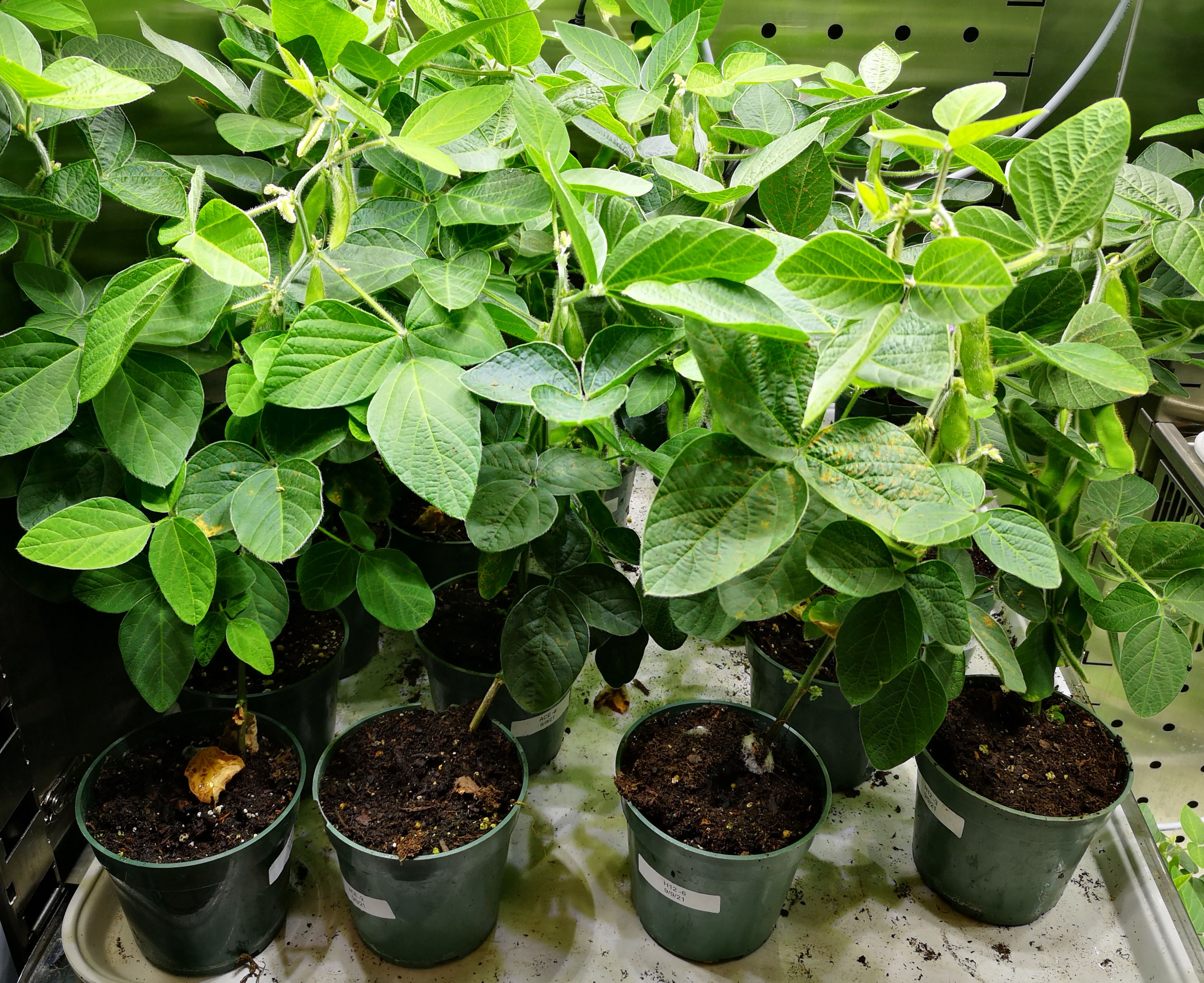 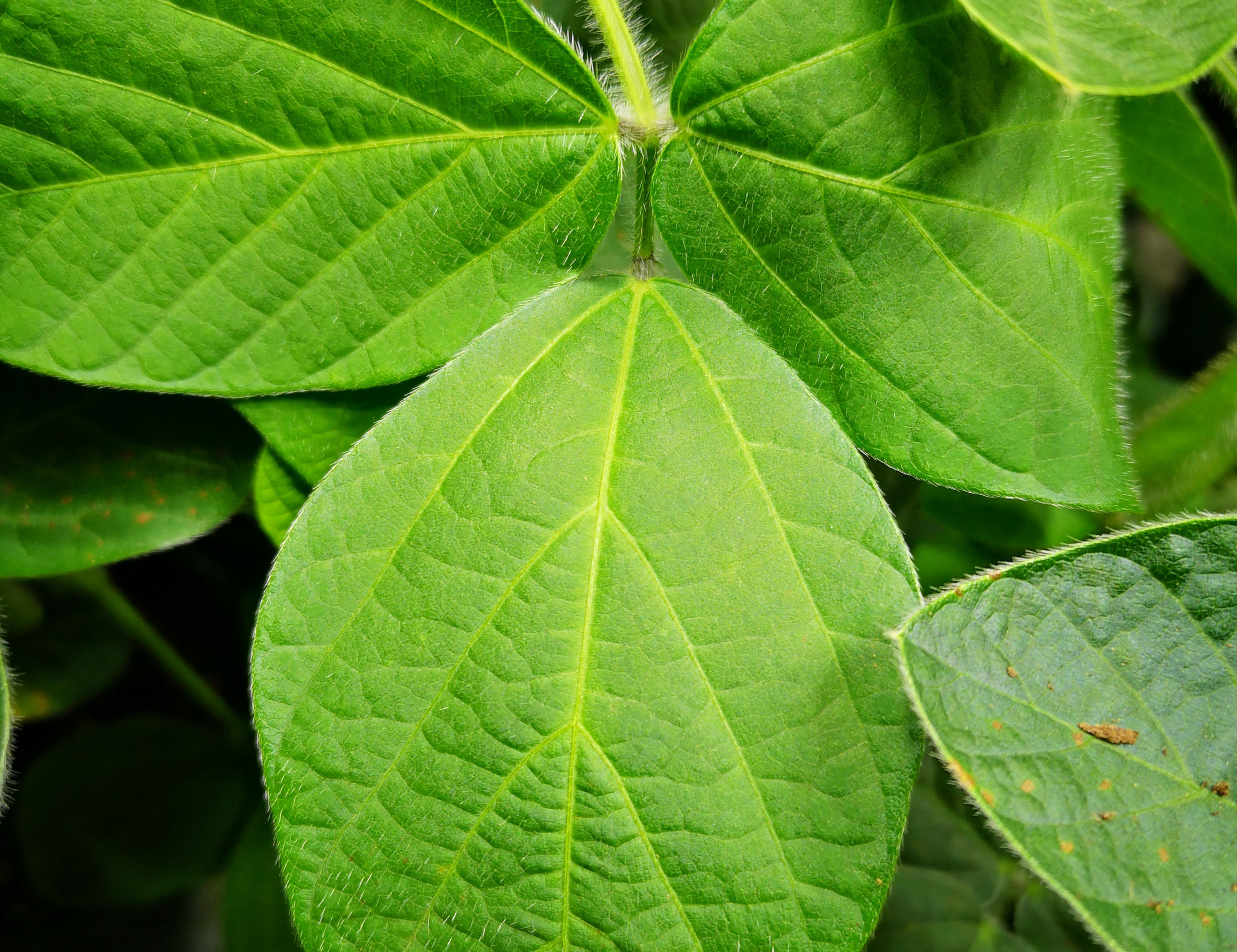 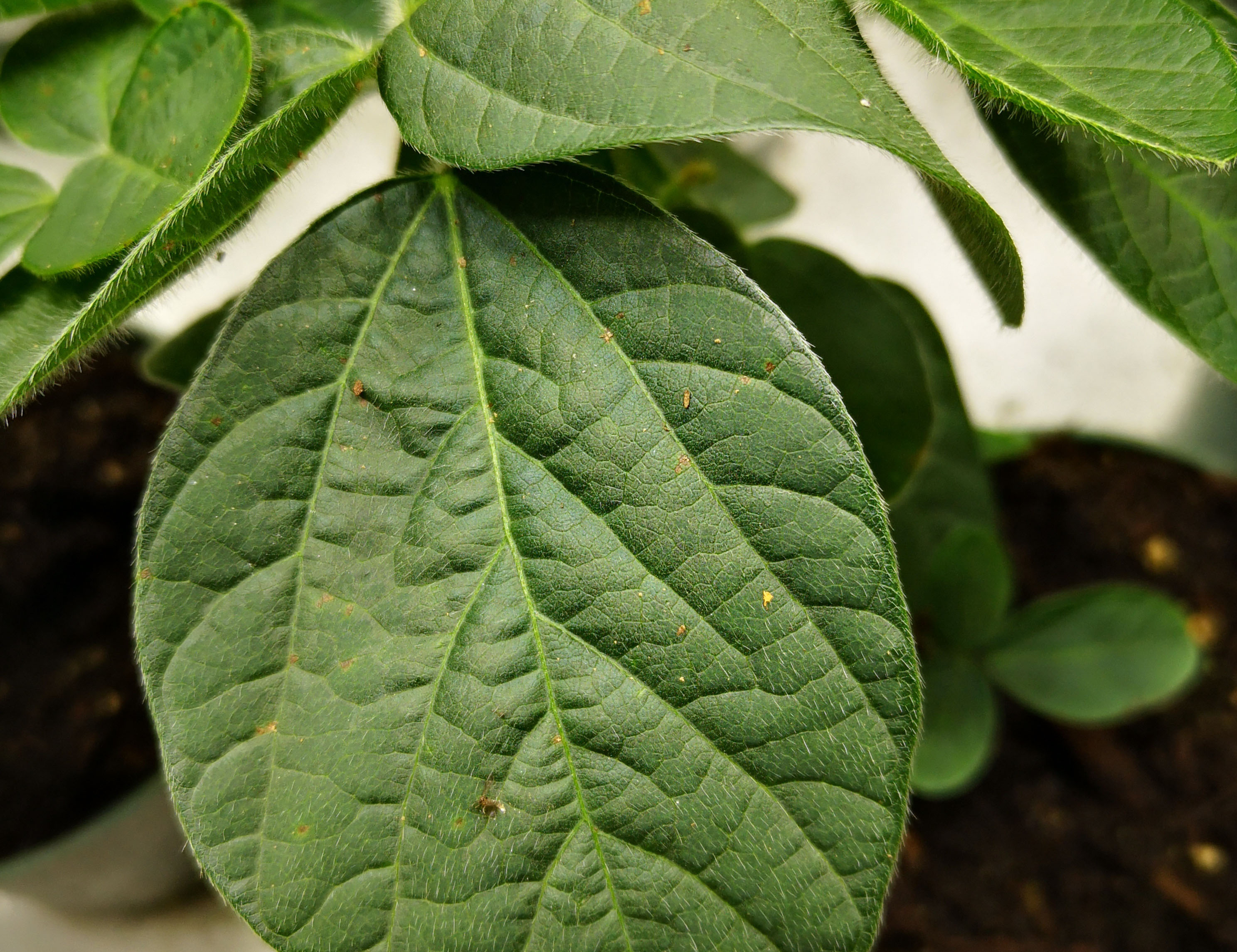 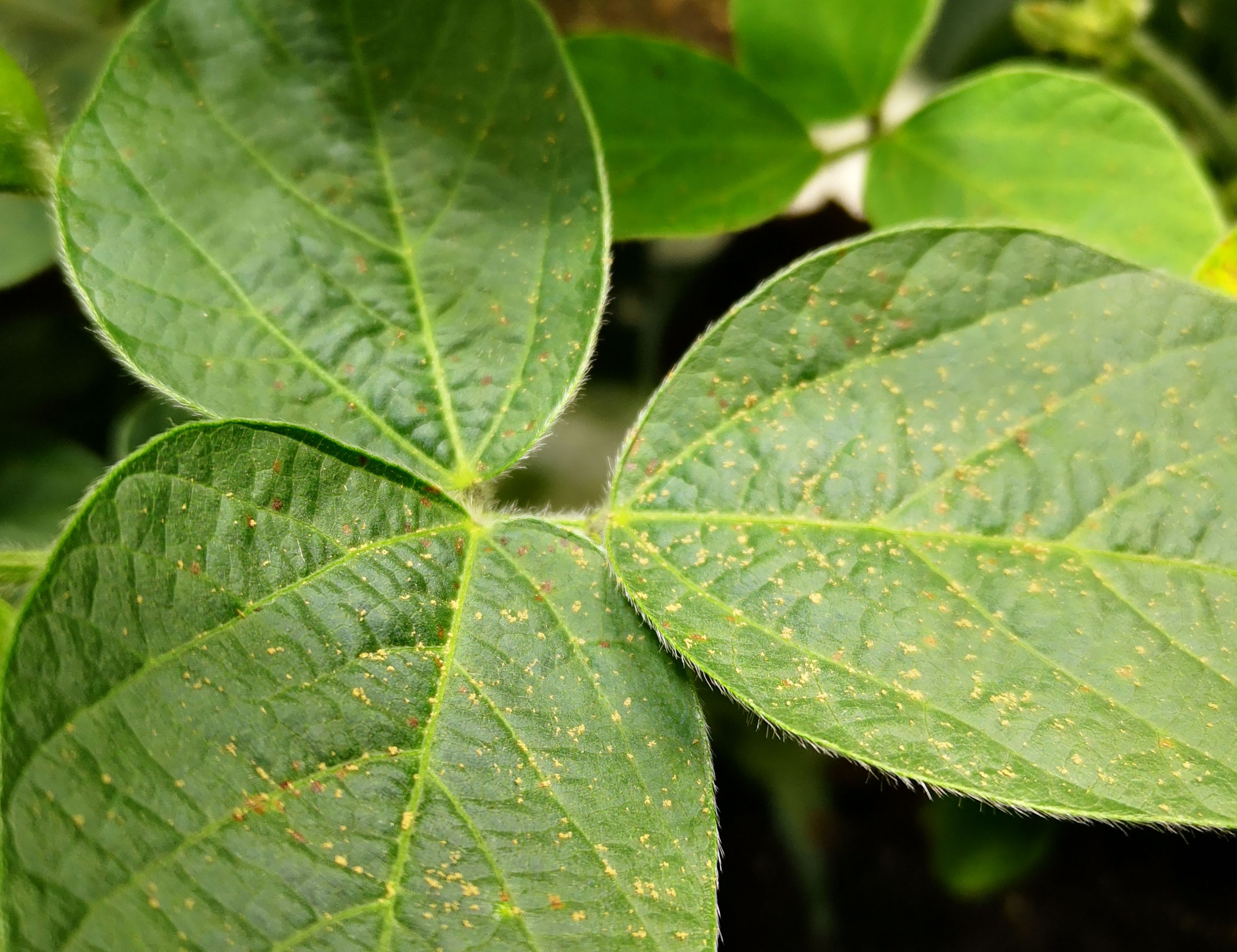 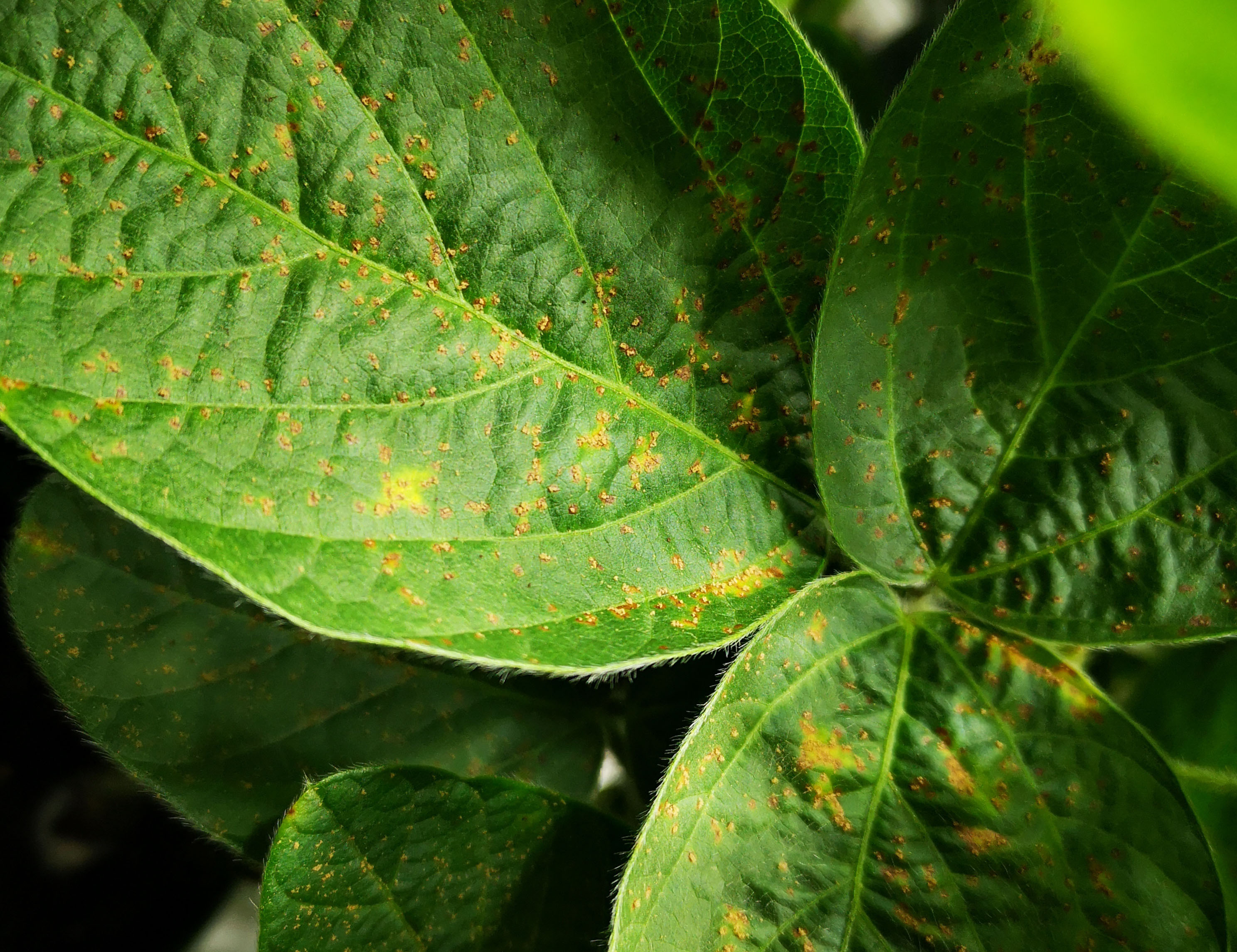 Figure 3D. The control plant (nontreated) was not sprayed with dsRNA molecules and fungal inoculation. Photo by Zhi-Yuan Chen