Wetlands are a prominent part of Louisiana and managing them well is critical for the future. The School of Renewable Natural Resources has a leading role in supporting management of forested wetlands of the state through research, teaching and extension. Two recent events — establishment of the Forested Wetlands Observatory and the Louisiana Coastal Forest Workshop — promise to be landmarks in progress toward improving science and management in forested wetlands.

The Forested Wetlands Observatory is a public-private partnership dedicated to research, teaching and extension on topics of importance for forested wetlands. It is being created on an 1,100-acre site at the LSU AgCenter Central Research Station in Baton Rouge, which was formerly used for pasture. The project was initiated with a call for proposals from candidate private partners in November 2018 and the signing of a contract with the successful bidder, Spanish Lake Restoration LLC, in February 2020.

Through the private partner, most of the site will be restored to forested wetlands by reestablishing the forest and restoring the hydrological conditions that existed prior to artificial drainage for row crops and pasture. Accompanying the restoration work will be the research, teaching and extension observatory. Researchers will evaluate efficacy of restoration treatments and use those treatments to test hypotheses about how forested wetlands function. The site will continue to be used as a field laboratory site for classes in the School of Renewable Natural Resources and other units in the LSU College of Agriculture, as it has been for many years. The observatory will also be an extension resource, where landowners and natural resource professionals can observe forested wetland management, ecology and hydrology.

The Forested Wetlands Observatory is being funded by a public-private partnership — the first of its kind in Louisiana — as a wetland mitigation bank, in which restoration treatments will generate wetland restoration “credits” to be sold to local land developers, who require them to offset permitted wetland degradation elsewhere. This system of mitigation banking has been established by the U.S. Army Corps of Engineers, who uses it to provide flexibility for land development, while simultaneously achieving the goal of no net loss of wetland functions as required under the Water Quality Act. Wetland mitigation allows landowners to retain ownership and some uses of their land, and also is extremely important in urbanizing south Louisiana, where most development includes at least some wetlands. The public-private partnership structure of the observatory allows professional wetland mitigation bankers to perform the necessary regulatory and financial services, while the AgCenter and LSU focus on science, teaching and extension.

The legal structure of the mitigation bank is a lease by the private partner on the observatory land. The lease provides an annual payment to the AgCenter and, thus, a baseline funding source. Additionally, the wetland mitigation process requires inventory and monitoring of basic ecosystem structure and processes by the private partners, who are sharing those data with the observatory. This foundation of infrastructure, data and revenue is providing a platform for multiple external, competitive grant proposals.

The Louisiana Coastal Forest Workshop, co-organized with the Pontchartrain Conservancy, brought together scientists, managers, planners and advocates for science-based management of coastal forested wetlands in October 2020. This workshop built upon the 2005 “Science Working Group” landmark science-policy project led by the School of Renewable Natural Resources, which reviewed the scientific understanding of coastal forested wetlands to support urgent policy and planning needs by state agencies and private landowners.

The 2020 workshop represents a re-invigoration of this community of scientists, managers and policymakers in coastal forested wetlands. The Forested Wetland Observatory is expected to play an important role in the continuing leadership by the AgCenter. The entirety of the workshop was live-streamed on Facebook and can be viewed at the School of Renewable Natural Resources Facebook page.

Richard Keim is a professor in the School of Renewable Natural Resources.

(This article appears in the summer 2021 issue of Louisiana Agriculture.)

A native swamp lily (Crinum americanum) emerges in a mowed, former pasture that will be restored to forested wetlands. Photo by Richard Keim

Students collect samples during a field class in a forested wetland. Photo by Richard Keim 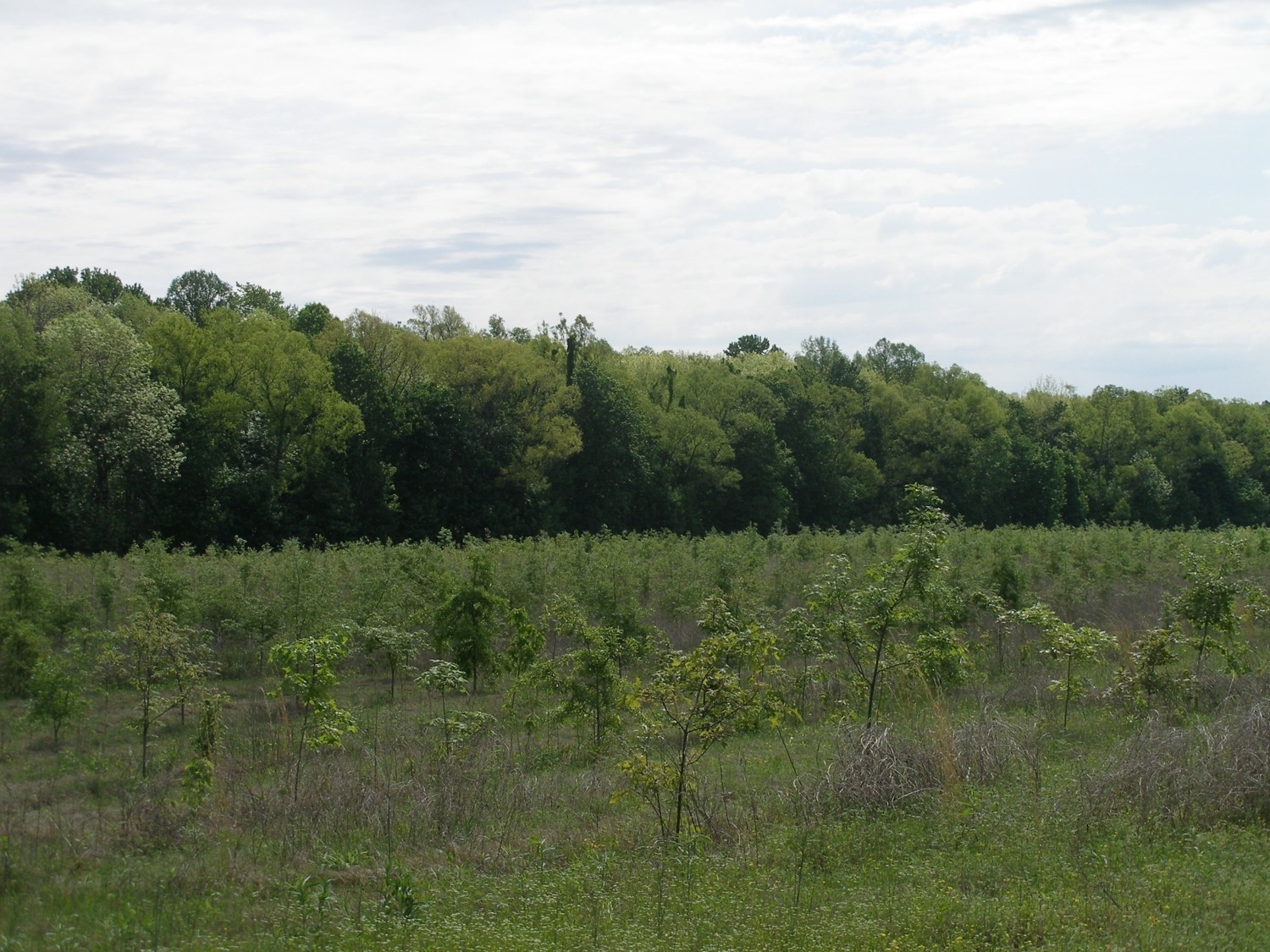 Restoration of forested wetlands will include planting seedlings in formerly cultivated fields. Photo by Richard Keim

This field at the Forested Wetlands Observatory will be planted to trees, and it will look like the restoration planting location in the background in less than 10 years. Photo by Richard Keim 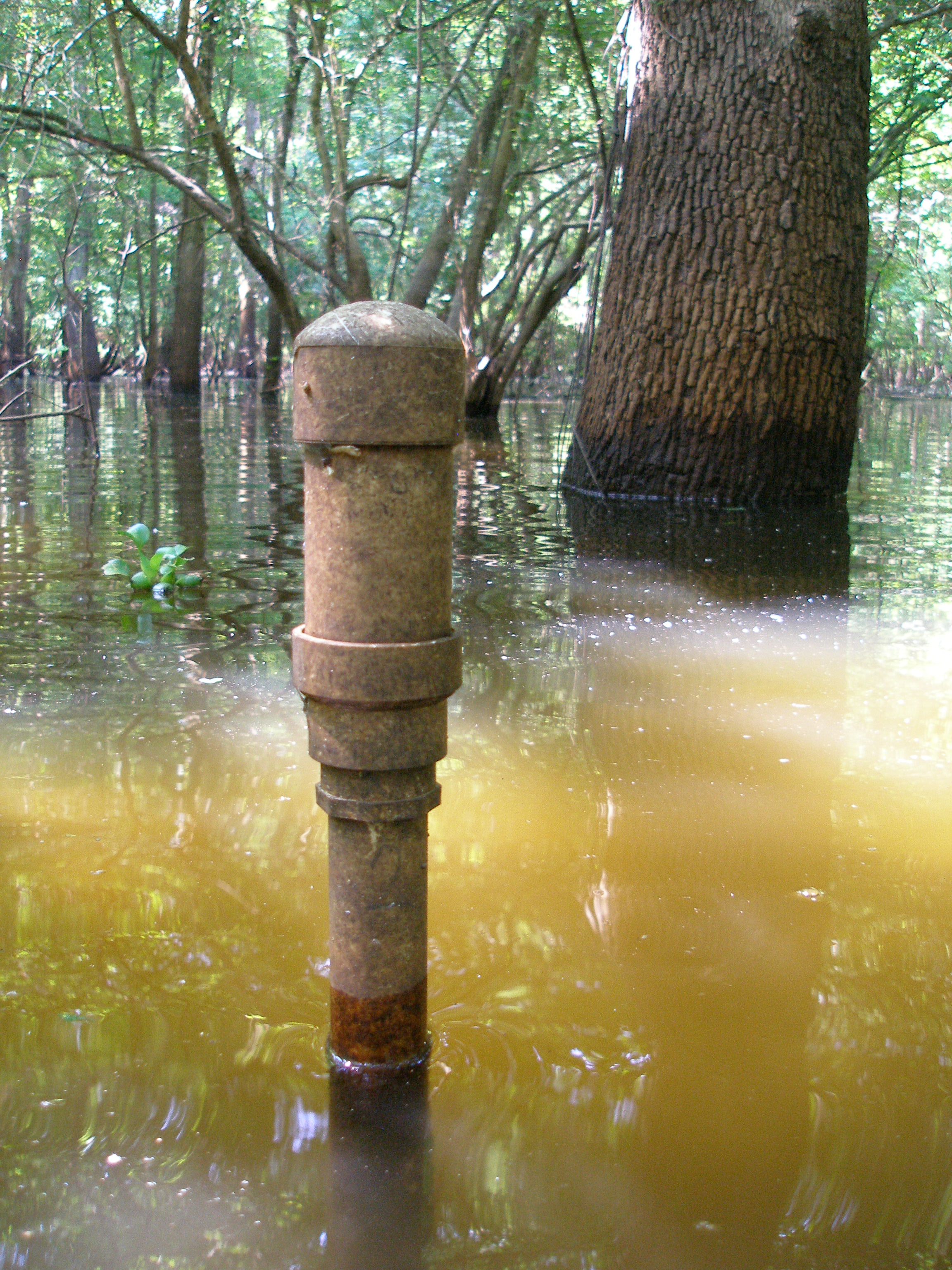 A water monitoring station emerges from receding floodwaters. Extensive instrumentation will make the Forested Wetlands Observatory an attractive site for a range of scientific objectives. Photo by Richard Keim