Warm-season perennial grass crops, predominately bermudagrass and bahiagrass, represent long-term land use on about 8% of the land area of the lower southeastern United States, approximately 20 million acres. Cattle grazing on this land, when managed as monocultures with a long dormant season, can negatively affect soil physical properties, soil fertility and soil microbial communities.

LSU AgCenter scientists evaluated the impact of overseeding cool-season cover crops on warm-season pastures to determine if these cover crops can improve soil health. Three sites were evaluated after three years (2017-2020). Two sites were in Louisiana, the Ben Hur Research Station near Baton Rouge and the Hill Farm Research Station near Homer. The third was the Brown Loam Branch Experiment Station in Hinds County, Mississippi. The cover crops used included legumes, brassica and grasses. The impact of a single cover crop species, mixtures of 10 species and a control were evaluated. The soil properties analyzed included organic matter, total nitrogen and carbon, nutrient concentration, soil enzyme activity, microbial communities and inorganic nitrogen. The soil health properties were analyzed with harvest frequencies of every four weeks, every eight weeks and a single harvest at the end of the season with all cool-season plant growth retained on this treatment as a mulch. The cool-season cover crop growth harvested every four or eight weeks was removed from the plots in contrast to the mulched treatment.

In general, microbial populations increased after one year of cover crops. Populations of Gram-negative bacteria, typically associated with nutrient-rich conditions, made up a greater proportion of the microbial population following one year of cover crops, while Gram-positive bacteria, typically associated with nutrient poor conditions, were significantly lower after one year. For arbuscular mycorrhiza (a group of fungi that can improve nutrient and water uptake in plants), the relative abundance was significantly greater in 2018. The proportion of fungi (arbuscular and saprophytic) in the microbial community were higher deeper in the soil profile (4-8 inches).

The AgCenter researchers also looked at soil enzyme activity, which can aid in the breakdown of organic material and the release of soil nutrients. The cover crop treatments that increased enzymatic activity were the legumes with an eight-week harvest frequency.

P. Carolina Muela Negrete is a graduate assistant, and Lisa M. Fultz is an associate professor in the School of Plant, Environmental, and Soil Sciences. 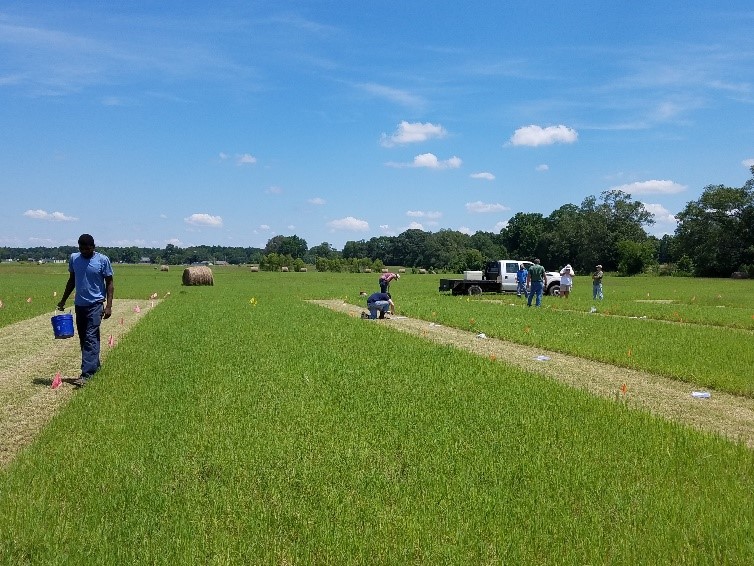