Role of Ripeners in the Louisiana Sugarcane Industry

Sugarcane is a staple crop in Louisiana, and the 2020 harvest season will mark 225 years of sugar production for the state. Louisiana has the shortest sugarcane growing season in the world because of its location farthest from the equator. Freezes are a major threat to the Louisiana sugar industry and occasionally occur during the harvest season. A freeze causes plant death and sucrose degradation within the stalk, and in extreme cases ultimately leads to deteriorated sugarcane that cannot be processed into raw sugar.

Glyphosate is most notably known as a broad-spectrum herbicide, but when applied at a sublethal dose to sugarcane three to seven weeks prior to harvest, vegetative growth is slowed, and the excess energy not being used for stalk growth is used by the plant to make and store additional sucrose.

Since 1980, glyphosate has been the primary ripener used in the Louisiana sugarcane industry. According to a 2005 producer survey, glyphosate was applied to approximately 62% of the total harvested acres in Louisiana, and this trend still holds true today. Polado-L was the first glyphosate product labeled and marketed for sugarcane. Development of new salt formulations and surfactant systems for glyphosate has resulted in the EPA registration of additional glyphosate products for ripening sugarcane.

In a 2019 experiment conducted at the AgCenter Sugar Research Station in St. Gabriel, L 01-299 was treated with 6 ounces per acre of Roundup PowerMaxII on August 9. Stalks from plots were hand-harvested and analyzed to determine sucrose concentration of sugarcane at 25, 32 and 40 days following glyphosate treatment. Sucrose concentration was increased by at least 79 pounds per ton of cane for all sampling dates, and sugar yield (pounds of sugar per acre) was 1,860 pounds greater than the untreated check on the September 18 harvest date (Table 1).

Table 1. Early-season response of the sugarcane variety L 01-299 to glyphosate treatments at the LSU AgCenter Sugar Research Station in St. Gabriel, Louisiana, in 2019.

3 Means within a column followed by the same letter are not significantly different.

Glyphosate application rate and the treatment-to-harvest interval also affects effectiveness. Roundup PowerMaxII and Roundup WeatherMaxII, the two glyphosate products currently labeled and available to producers, can be applied to stubble sugarcane in Louisiana at 4 to 12 ounces per acre. As the rates increase, so does the increase of sucrose concentration in the stalk. However, sugarcane biomass is reduced by the application of glyphosate. This interaction must be carefully managed to ensure sucrose yield per acre is maximized. To this end, Louisiana producers apply these products from 5 to 7 ounces per acre. The number of days from the application to harvest, the treatment-to-harvest interval, also has an effect on the effectiveness of glyphosate ripener. While the minimum and maximum treatment-to-harvest interval allowed by the ripener label ranges from 21 to 49 days, many Louisiana growers use a 35-to-42-day interval to maximize sugar yield.

Glyphosate ripener is a useful and effective tool for the Louisiana sugar industry. When used prior to harvest, sucrose concentration per ton of sugarcane is increased, and sucrose yield per acre is maximized. Chemical ripeners allow the industry to remain competitive while managing the world’s shortest sugarcane growing season.

Albert J. Orgeron is a pest management specialist and associate professor in the Southeast Region.

For more information go to Sugarcane Ripener Recommendations for 2020. 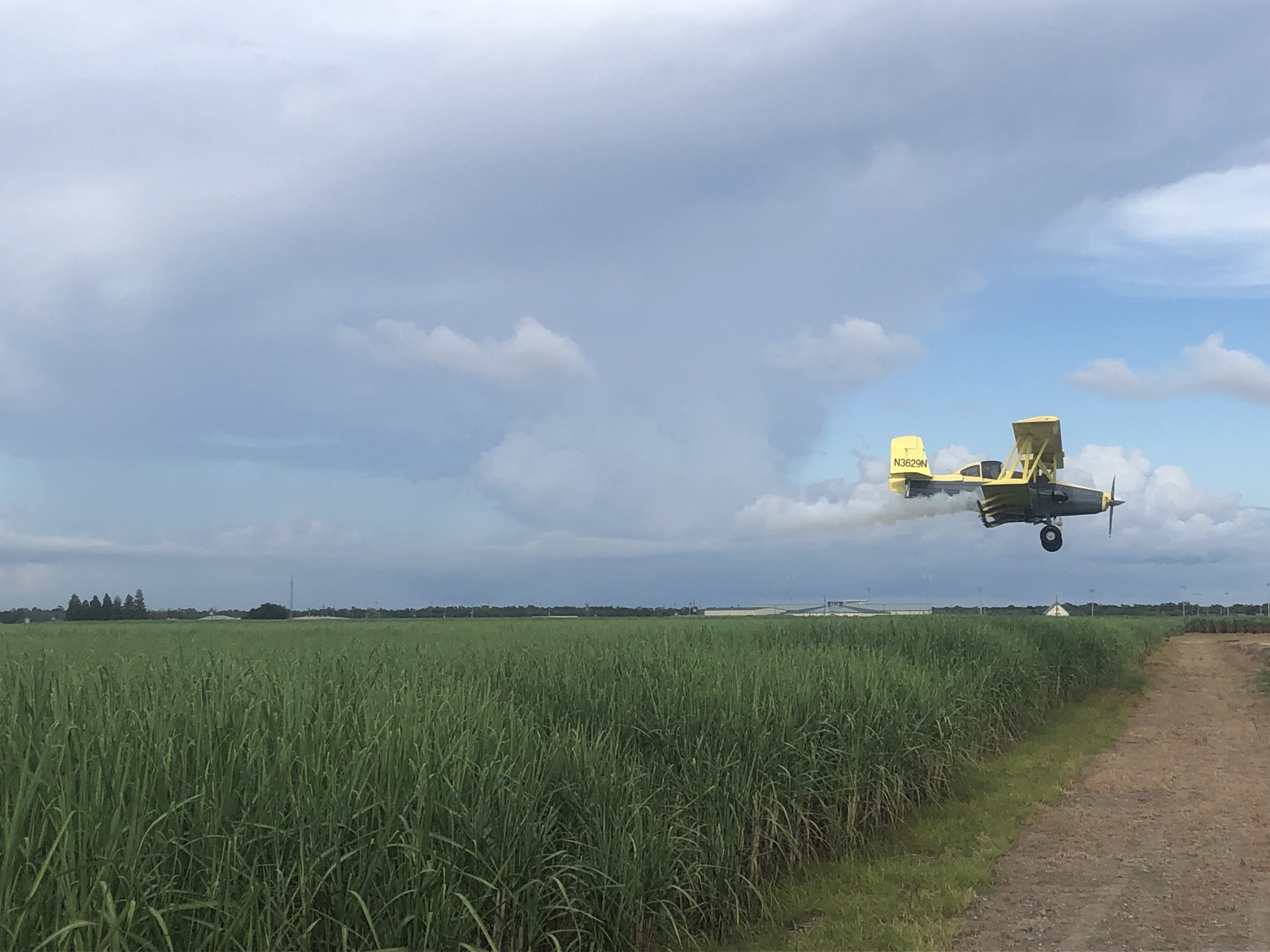 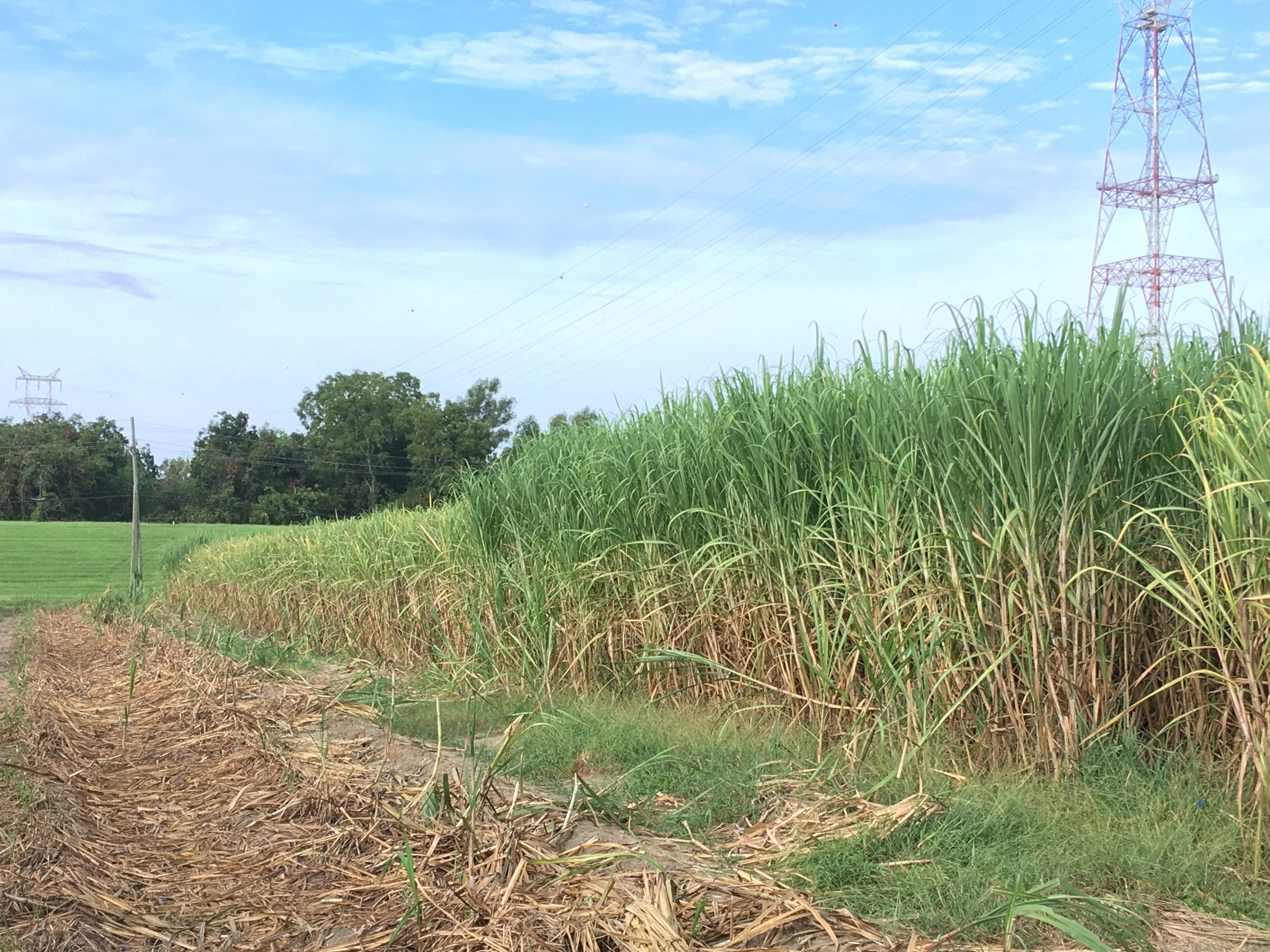