Understanding Glyphosate and Its Role in Agriculture

Glyphosate was first discovered as a herbicide in 1970 by John Franz, a chemist with Monsanto. In 1974, glyphosate was marketed to the public as Roundup. The first Roundup Ready crops were released in 1996-1997. Since then, the use of glyphosate has increased greatly in both agriculture and as a herbicide for homeowners to eliminate weeds in areas around the home.

Glyphosate has become a word that for some people incites fear and misunderstanding. In recent years, there have been social media posts and articles claiming that glyphosate has been found in human breast milk and cereal. While both of these claims have been disproven, this continues to cause concern for many. In the fall of 2018, a California jury awarded a groundskeeper $289 million in a civil suit against Monsanto’s Roundup with the active ingredient glyphosate. A year later, another California jury awarded a couple just more than $2 billion in a similar case. These two cases are currently being appealed. However, the rulings of these two cases have initiated an onset of civil lawsuits against Monsanto. Now when watching television, viewers are barraged with commercials for class action lawsuits against Roundup weed killer. This may unnecessarily strike fear into people not familiar with this product.

How does glyphosate work?

Glyphosate works by disrupting the shikimic acid pathway through inhibition of EPSP synthase, which are not found in animals, including humans. The shikimic acid pathway is a metabolic route used in plants and some bacteria, fungi and algae to produce critical amino acids. Glyphosate disrupts biosynthesis of three aromatic amino acids in plants, causing starvation and eventual death.

What attributes made glyphosate so commonly used as an agricultural and residential herbicide?

It has a broad spectrum of activity and is highly effective and inexpensive. It is not volatile and has no odor and little to no residual soil activity. In addition to the listed attributes, glyphosate has a very favorable safety profile for mammals and aquatic life. Glyphosate is a “dirt lover” and will bind tightly to most soil and sediments in the environment. Glyphosate is degraded into carbon dioxide and phosphate by microorganisms and, thus, does not bioaccumulate.

How can glyphosate enter the human body?

When skin is exposed to glyphosate, roughly 2% dermal absorption will take place. Also, glyphosate is nonvolatile, which in turn makes the likelihood of inhalation exposure not significant. If glyphosate is ingested, 30% of the product is absorbed in the digestive tract and the rest is excreted. Glyphosate has a very favorable overall safety profile. It has an LD50 (lethal dose that it takes to kill 50% of a test population) of 5,000 milligrams per kilograms. For reference, aspirin and sugar have LD50s of 200 and 3,000 milligrams per kilograms, respectively.

What about the claim that glyphosate causes cancer?

As stated previously, there have been a few cases that have influenced popular opinion resulting in many people believing that glyphosate causes cancer. Regulatory agencies in the United States, the European Union, the Joint Meeting on Pesticide Residues of the United Nations and World Health Organization (WHO), and others around the world have evaluated both animal and human studies on cancer rates associated with glyphosate. Based on the results of those studies, these regulatory agencies determined that glyphosate is not likely to be carcinogenic. However, the International Agency for Research on Cancer (IARC), of the WHO, evaluated a smaller number of studies and reported that glyphosate is probably carcinogenic.

Why is there a classification difference for the IRAC and U.S. Environmental Protection Agency (EPA)?

The answer can be broken down into what questions each agency considered. The IARC asked: Can glyphosate possibly cause cancer? The EPA asked: Is glyphosate likely to cause cancer? The question that the EPA considered is really a two-part question: Can it cause cancer? What level of exposure is expected? The IARC only considers whether or not glyphosate can cause cancer, while the EPA considers whether glyphosate can cause cancer and the risk associated with the potential to cause cancer. Both questions are very important when understanding the possibility and probability of a problem taking place. The EPA’s second part of the question takes into consideration risk assessment and risk management. All pesticides approved by the EPA have detailed directions on the pesticide label. When developing these labels, a significant amount of research is conducted to assess risk associated with the pesticide. After label approval by the EPA, the risk assessment information is used to develop the direction for use to manage risk associated with the pesticide. All products sold in the U.S. that contain glyphosate have labels approved by the EPA, thus risk has been assessed and directions to mitigate or manage that risk are provided as part of the pesticide label.

What about glyphosate being found in food?

The question can be answered from a regulatory standpoint of pesticide residue and human exposure. The EPA has daily exposure limits for pesticide residues on foods that are 100 times below levels shown to not have a negative effect on human health. So, the EPA has a 100 times safety factor with pesticide residues in food stuffs. In addition to the efforts of the EPA, the U.S. Food and Drug Administration monitors food to ensure that pesticide levels stay below established thresholds.

Glyphosate products have been safely and successfully used for more than 40 years. Based on current, reliable scientific evidence, glyphosate use does not pose health problems for consumers. Many of the reports about pesticides, including glyphosate, in and on food has raised concerns for the general public and frightened many away from the “dirty dozen” foods. These claims are misleading because they do not tell us anything about how much of any pesticide is found on the produce or how much risk of residue carryover. In order for pesticides to be used on food crops in the United States, scientific and governmental agencies must conclude that they pose no increased risks to consumers before they are allowed to be sold. Glyphosate, when applied based on label directions, presents very low risks to the environment and human health.

Kim P. Brown is the statewide pesticide safety education coordinator, and Daniel Stephenson IV is a weed scientist and professor, both at the LSU AgCenter Dean Lee Research and Extension Center, Alexandria, Louisiana.

(This article appears in the summer 2020 edition of Louisiana Agriculture magazine, Vol. 63, No. 3.)

Read "LSU AgCenter Works to Ensure Safe Use of Pesticides." 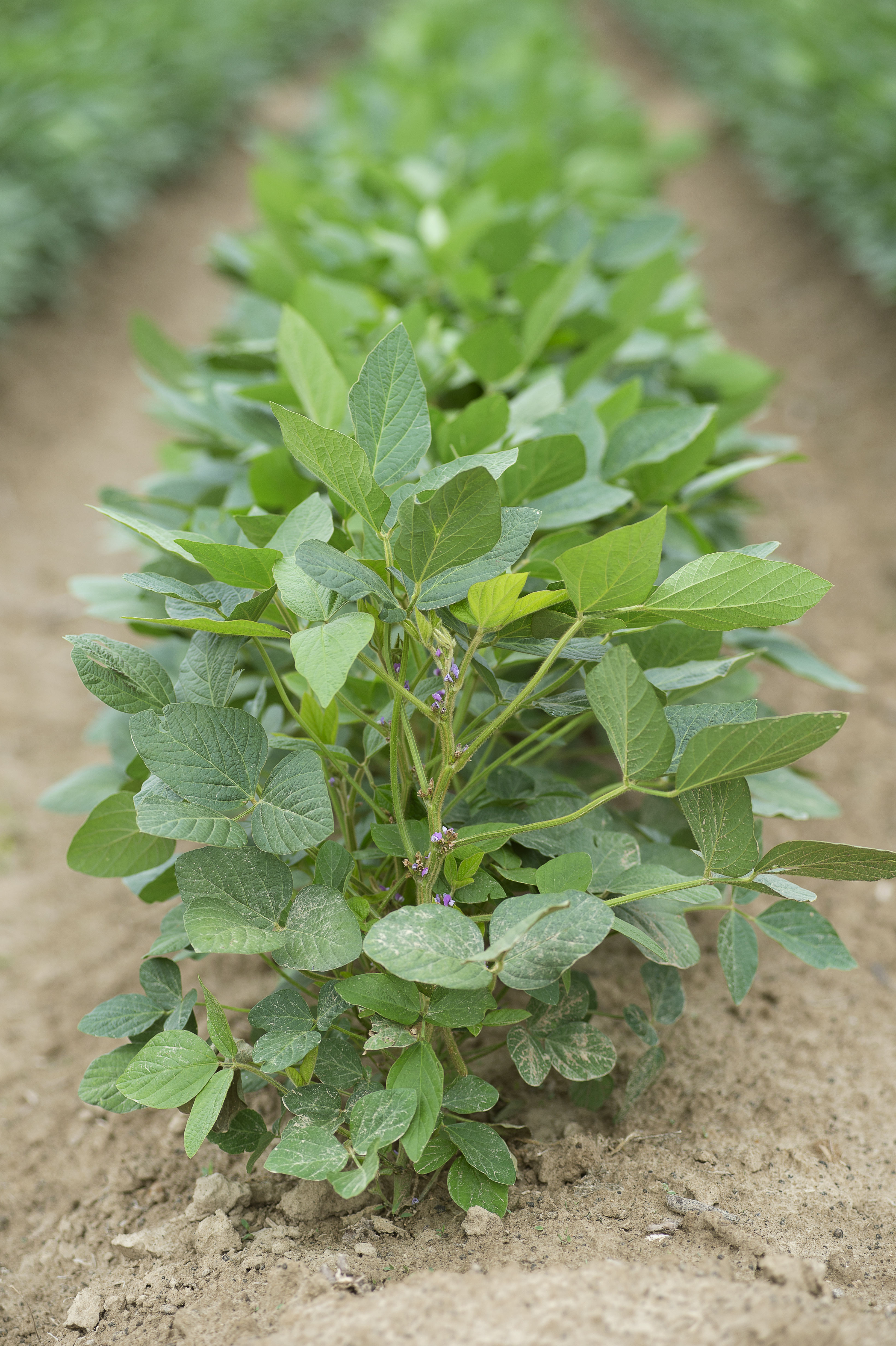 A soybean plot treated with glyphosate at the LSU AgCenter Scott Research, Extension and Education Center in Winnsboro, Louisiana. Photo by Olivia McClure