Although people often link mosquito abatement districts in Louisiana with truck-based insecticide applications, these programs actually use a wide variety of additional management strategies. One of the most common strategies in Louisiana is conducting surveillance for mosquitoes. Surveillance activities include collecting mosquitoes, identifying the species and testing them for mosquito-borne pathogens, such as West Nile virus, Eastern Equine encephalitis virus and Zika virus. When areas of high mosquito activity are identified, mosquito control programs often select from a variety of control strategies. Source reduction, which is the removal of mosquito habitat, is commonly used in Louisiana. One example is tire removal programs because many common backyard biting mosquitoes lay large numbers of eggs in water collected in abandoned tires. When source reduction is not feasible, many programs will use biorational products, which are derived from nature, to control mosquito immatures in their aquatic habitats. However, when mosquito populations are high or there is a risk of West Nile virus, mosquito control programs will use aerial and truck-based insecticide applications. A variety of control products can be used, depending on the mosquito species being targeted, product efficacy and mode of application.

One of the most important aspects of mosquito control is ensuring that insecticide products are effective. There are several ways of evaluating if a product is effective, such as with surveillance or field trials. One way is to test for insecticide resistance, which is when an insect pest develops a mechanism that renders the control product less effective. A real concern with insecticide resistance is that a control product would only reduce a small percentage of the target population.

Insecticide resistance can be determined by using multiple strategies. While each strategy has its own limitations, each has its advantages as well. For example, the bottle bioassay was developed through the U.S. Centers for Disease Control and Prevention as a way to quickly assess insecticide resistance in an area. The bottle bioassay uses clear glass bottles coated with an active ingredient. Mosquitoes are placed inside, and the time to 100% mortality is determined. While the bottle bioassay is simple and quick, it does not tell much about the level of resistance or if any products with the active ingredient might be effective. Therefore, lab tests (genetic or enzyme based) or field tests (using formulated mosquito control products) can give a bigger picture of insecticide resistance in an area.

In 2016, Zika virus became a nationally reportable disease in the U.S. The disease was responsible for local outbreaks in Florida and Texas and became a concern in areas where mosquito vectors were common. The primary concern over Zika virus was the microcephaly that occurred in developing fetuses of infected mothers. Because Louisiana was in a high-risk area for this disease, the state health department, local mosquito control programs, industry partners and university partners got together to develop plans to control Zika virus in the state. As part of this response, Louisiana received funds from the CDC to develop a statewide insecticide-resistance monitoring program. Because the LSU AgCenter lab had received training from the CDC on insecticide resistance monitoring, AgCenter researchers were an integral part of developing a statewide program. In 2016 and 2017, AgCenter researchers collected mosquito eggs from across Louisiana, conducted bottle bioassays and began evaluating genetic mutations in select populations.

Kristen Healy is an associate professor in the Department of Entomology.

(This article appears in the spring 2020 issue of Louisiana Agriculture, which features entomology.) 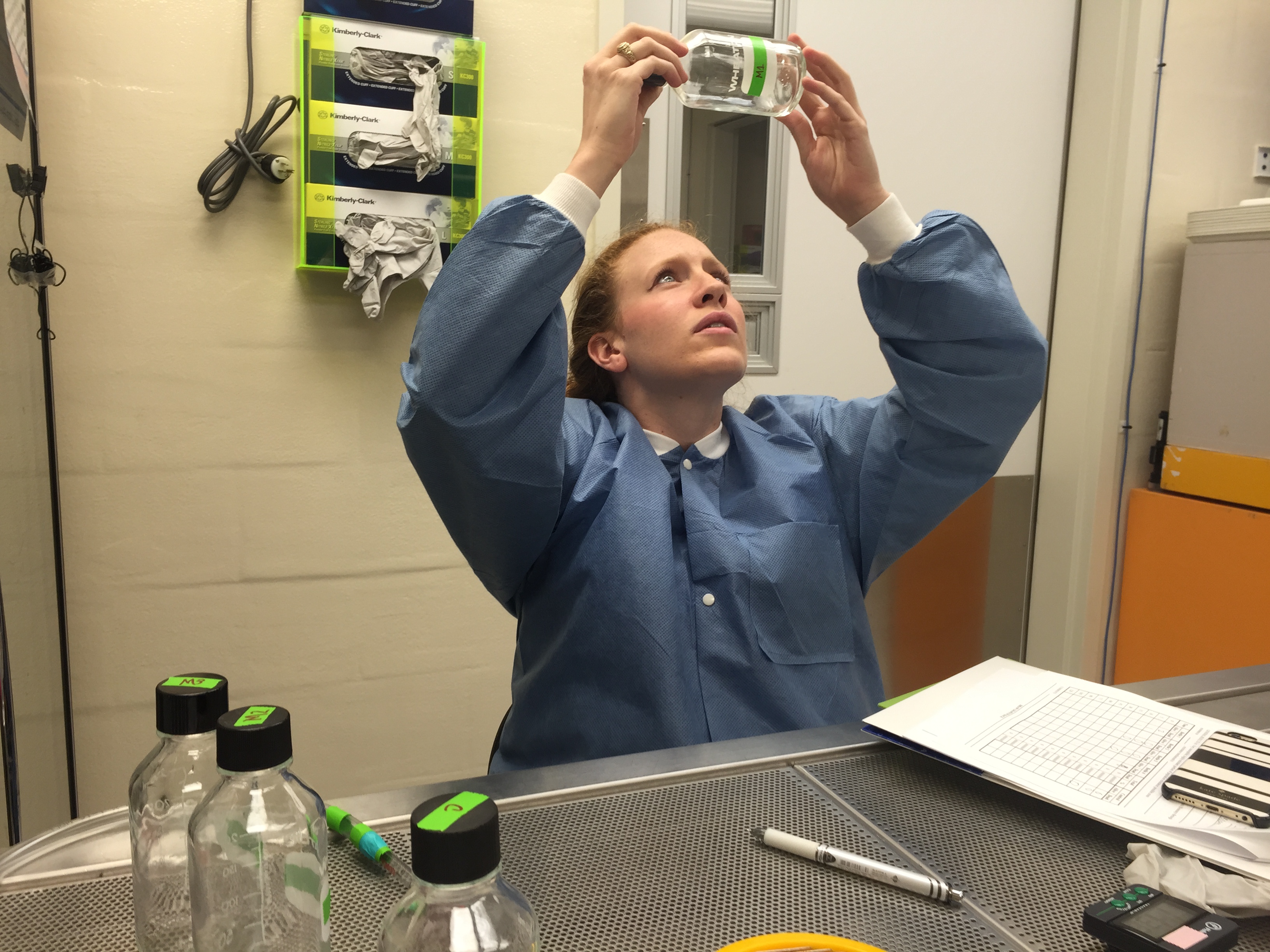 Bottle bioassays use clear glass bottles coated with an insecticide. Mosquitoes are placed inside, and the time to 100% mortality is determined. Emily Boothe, research associate, was one of the researchers involved with this project trained to do bottle bioassays. Photo by Kristen Healy 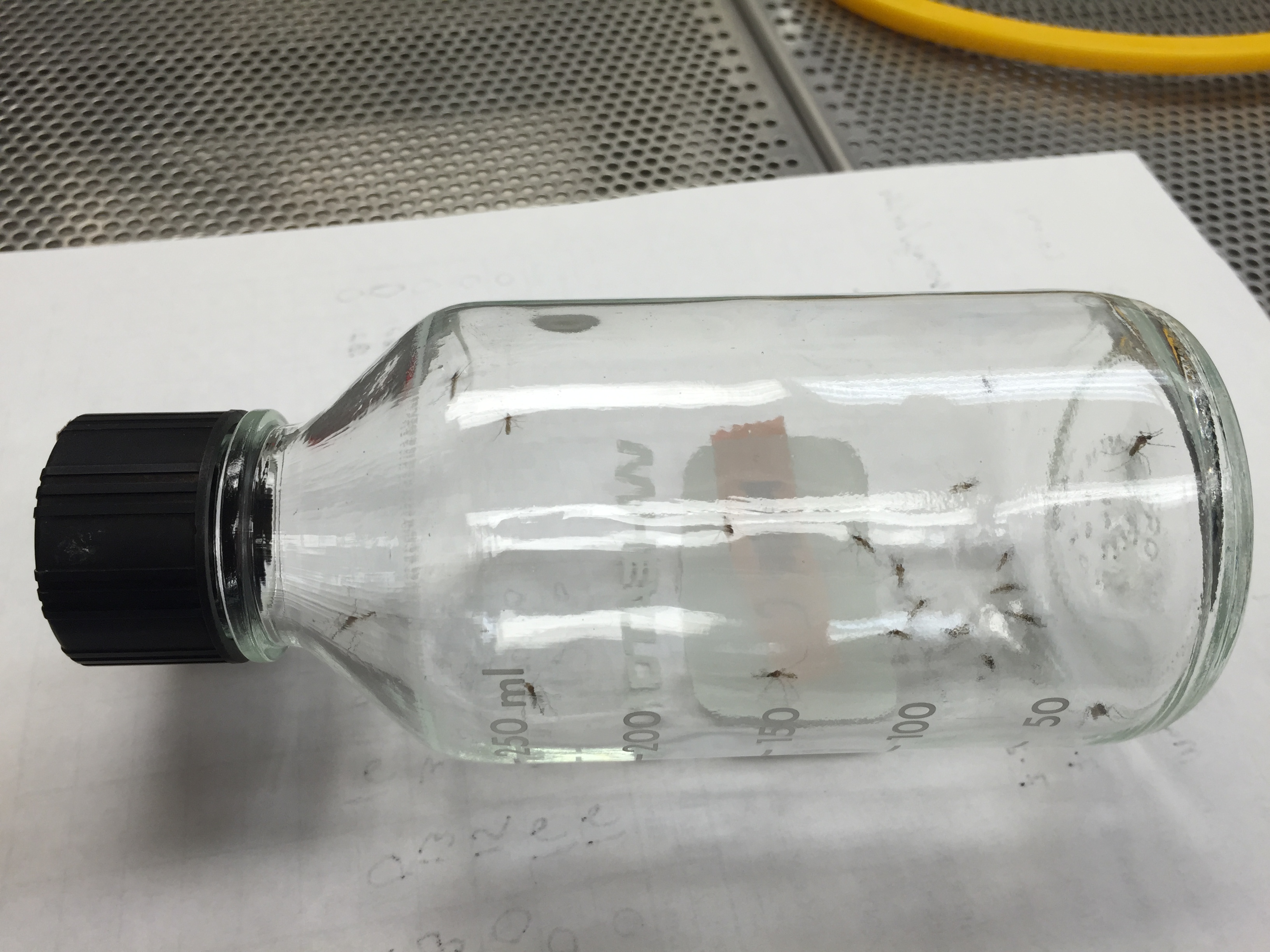 A glass bottle being used to test for insecticide resistance in mosquitoes. Photo by Kristen Healy 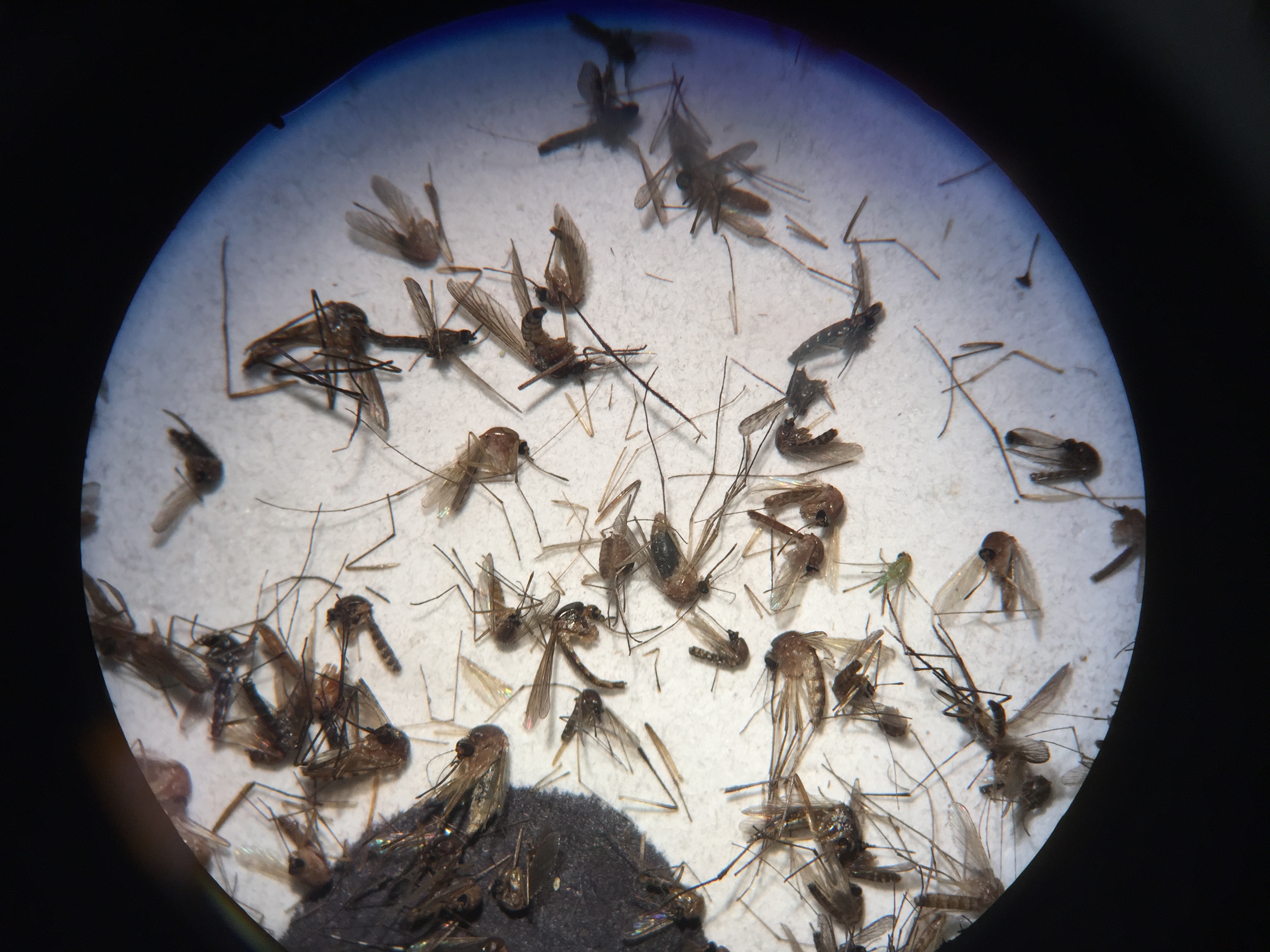