The Formosan subterranean termite is an invasive species introduced to the continental United States in the 1950s. In Louisiana, it was first reported in Lake Charles and New Orleans in the 1960s. Over the past decades, this termite species has successfully established colonies in wooden structures and live trees in urban and rural areas of 42 parishes in Louisiana. The Formosan subterranean termite causes more than $500 million in losses in Louisiana every year, and it remains the primary structural pest in the state, and the threat is growing. The social lifestyle and cryptic habitat of these termites render integrated pest management, which combines several tactics, extremely challenging. The tactics include cultural practices, physical methods, biological control agents and chemical control. There is a need to improve management and develop new control methods that rely on a more comprehensive understanding of termite biology.

Termites are social insects that display a division of labor based on an elaborate caste system consisting of reproductives, workers and soldiers. While in human societies, people communicate primarily using visual and acoustic signals, termite colonies are composed of mostly blind individuals that heavily rely on chemicals to locate food, detect pathogens, avoid predators and perform complex social communication. Pheromones (the chemical markers termites produce) and other chemical cues from the environment profoundly influence the function of the colonies, which act as “superorganisms” to achieve ecological success and cause substantial structural damage through the wood products they consume. However, it is poorly understood how termites detect and decipher the chemical environments to perform their daily activities.

LSU AgCenter researchers are working to characterize the olfactory system, the sense of smell, of the Formosan subterranean termite, which will provide a better understanding of their chemical communication and improve its control. In insects, the olfactory system is composed of peripheral sensory organs (the antennae) and the central nervous system (the brain). The termite antenna is shaped like a chain of beads, and each antenna is covered by hundreds of tiny sensory structures called sensilla. These sensilla differ in shape and function, allowing termites to perceive changing environmental conditions. Some sensilla look like hairs, others as pegs, pits, cones or plates. They can be sensitive to chemicals (chemosensilla), temperature, humidity or tactile stimuli. Chemosensilla are characterized by the presence of microscopic pores that allow the entrance of odorant molecules to their interior, where specialized proteins carry these molecules to olfactory sensory neurons, which further transmit the signals to certain brain regions. In the brain, the olfactory input will be quickly processed to determine if the termite should move toward or away from the source of that particular smell.

Although workers are the only caste that directly causes damage by looking for and feeding on wooden materials, the colony also relies on soldiers and reproductives to survive and prosper. AgCenter researchers found sensory level differences among the castes to accommodate their different behaviors. Swarmers, the winged reproductives that disperse and establish new colonies, have more sensilla than workers and soldiers. This enhanced sensory capability allows these young reproductives to complete a long list of tasks: finding a mate, locating a new nesting site, collecting food and rearing the brood, before workers are produced to help. The tip of the antenna, regardless of caste identity, is more densely covered with sensilla compared with the base of this organ. Just like human fingertips with increased touch sensitivity due to mechanoreceptors underneath the skin, the antenna tips of termites may have increased sensitivity for smell. By determining what termites process to make them successful, we can discover new opportunities to target the physiological or behavioral process, manipulate their social activities and even eliminate the colonies.

More research is being conducted to explore the chemosensory genes expressed in the antennae and the chemical cues that mediate social behavior, particularly foraging activities of the Formosan subterranean termites.

Qian “Karen” Sun is an assistant professor, and Paula Castillo is a graduate student in the Department of Entomology. 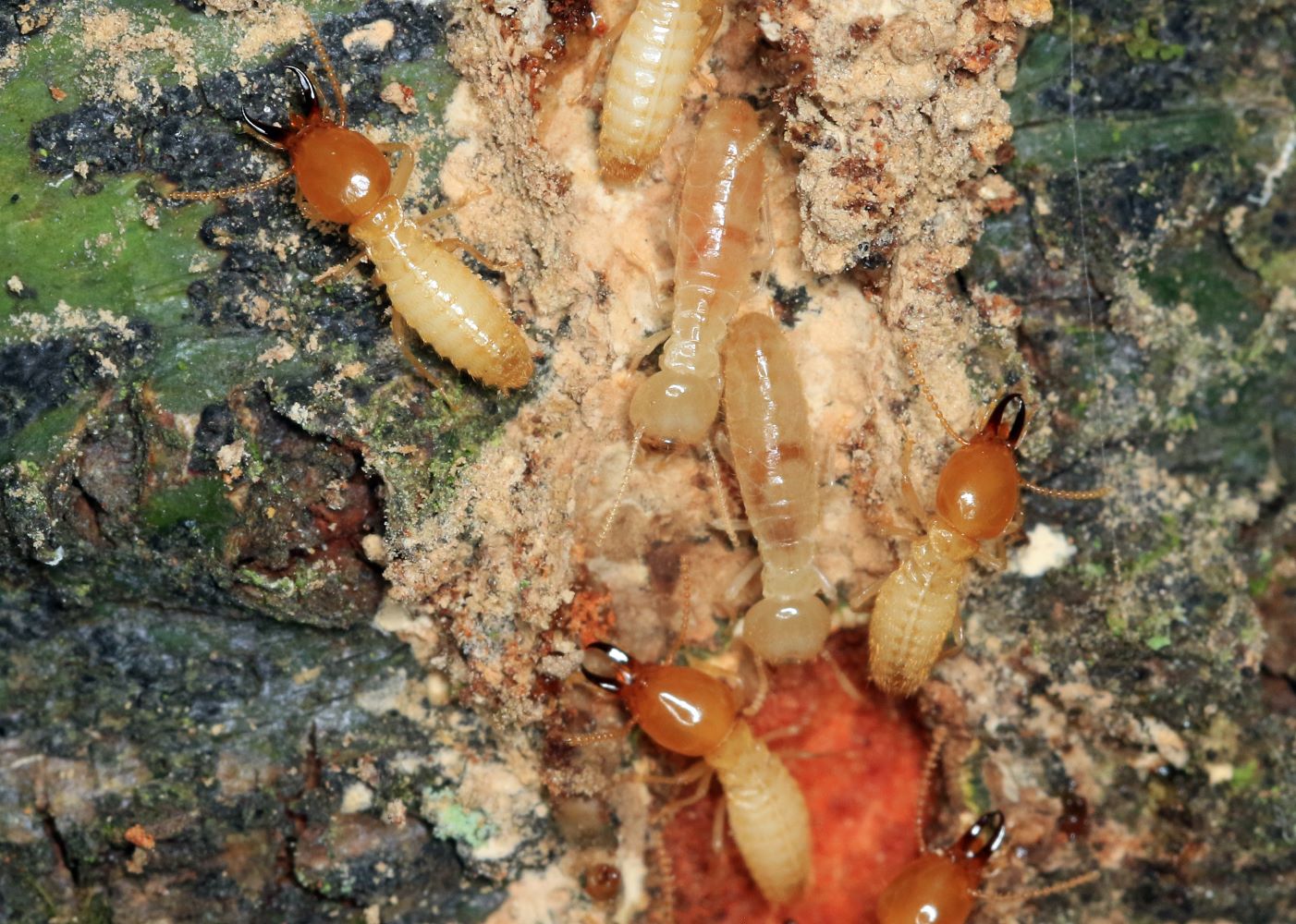 Workers and soldiers in a Formosan subterranean termite colony. Photo by John Hartgerink 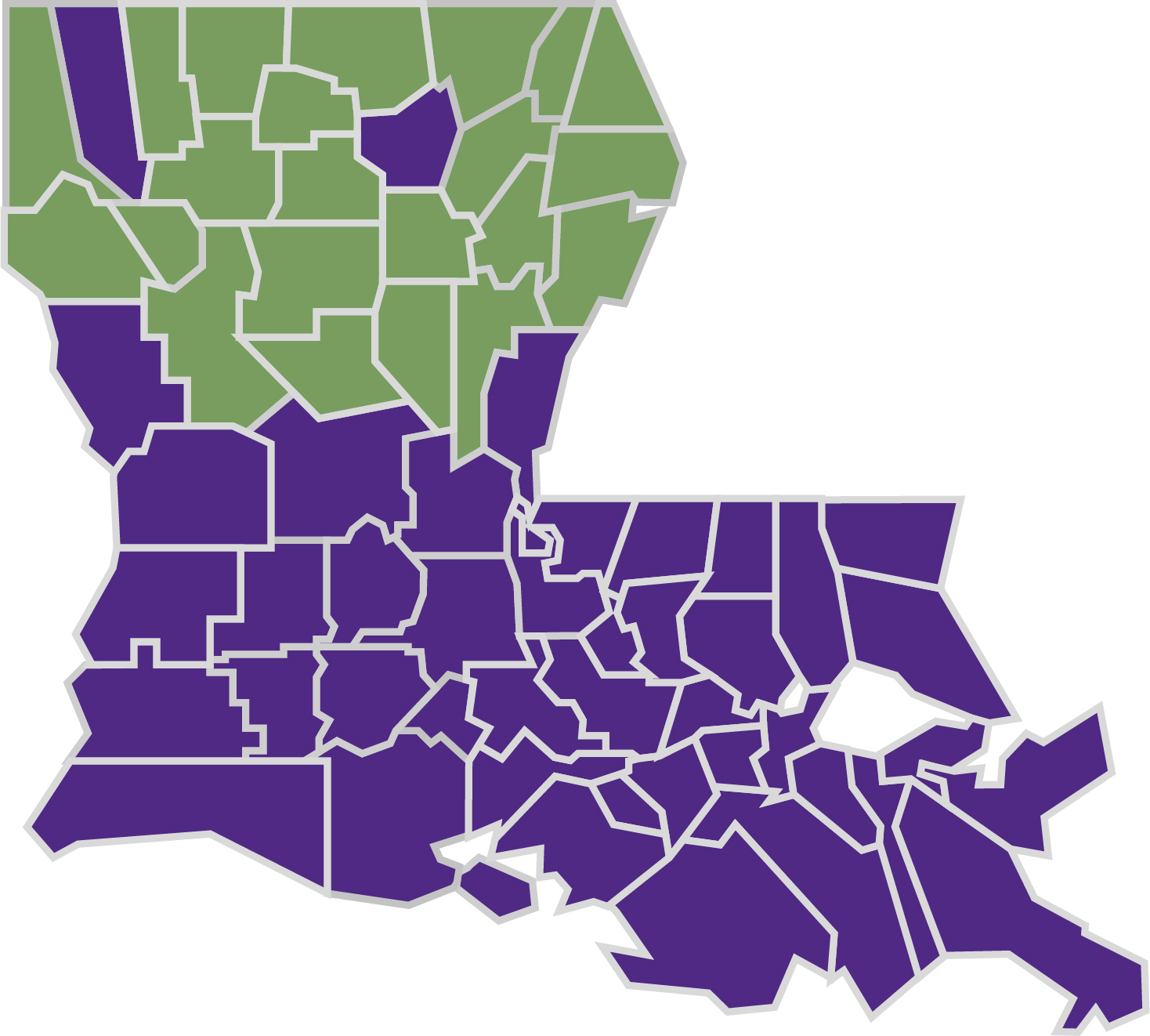 Known distribution (purple) of Formosan subterranean termite in 42 parishes of Louisiana as of March 2020. 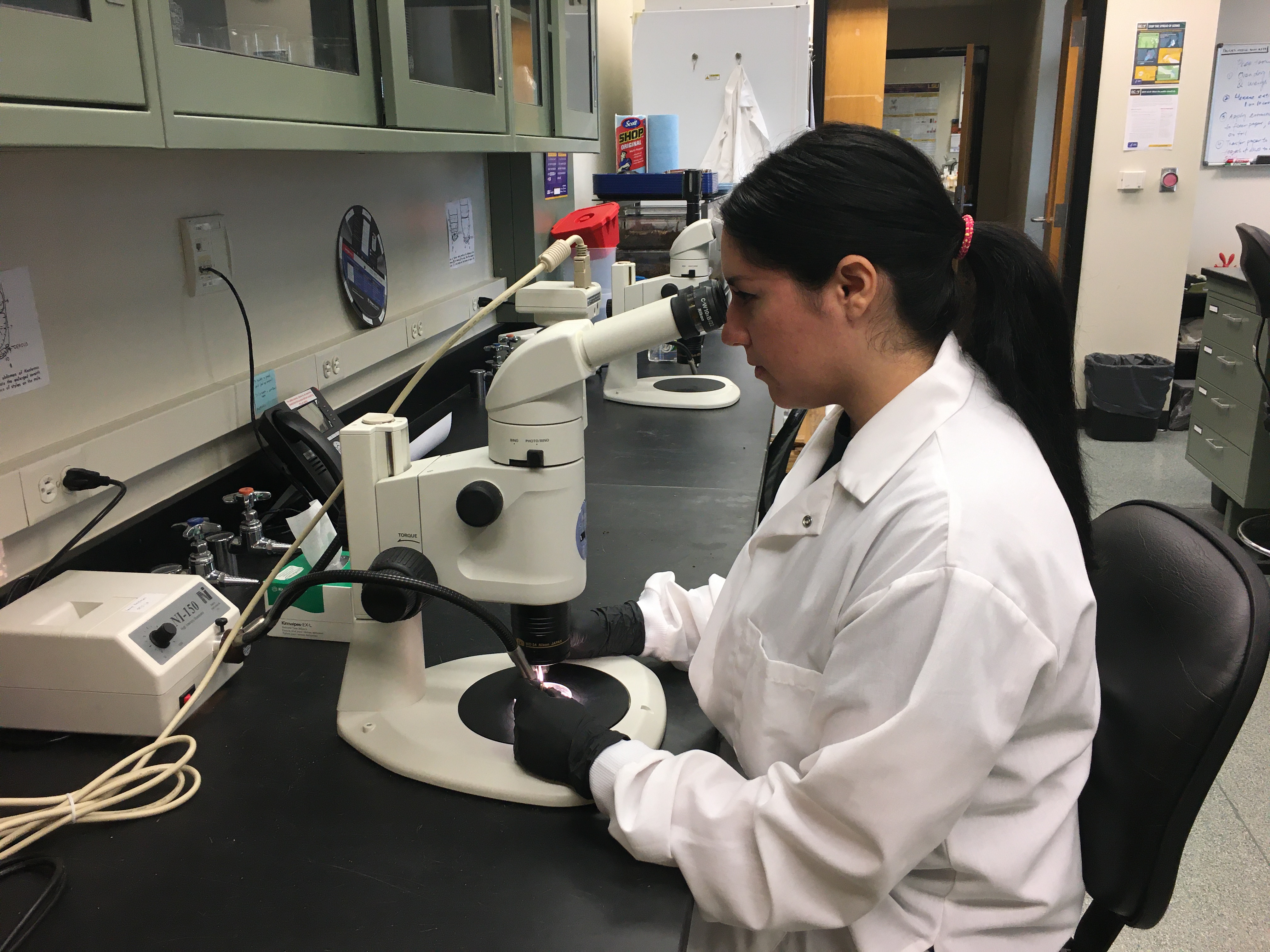