Horse Flies and Other Insects as Bioindicators of Marsh Health

In April 2010, the Deepwater Horizon oil spill in the Gulf of Mexico caused the largest ever human-made accidental marine oil spill. Almost 5 million barrels of oil were discharged in four months, which severely affected marine and coastal habitats. Coastal Louisiana received the most contamination of all Gulf states from the oil and dispersant mixture.

The greenhead horse fly, Tabanus nigrovittatus (Figure 1), was identified as an indicator species for toxic effects of oil intrusion and recovery of marsh. This fly is one of few insects native to spartina marshes from Texas to Nova Scotia. The carnivorous larvae develop for three to nine months as top invertebrate predators in the marsh soil. Their abundance reflects the health of the food web in the mud of tidal marshes. The AgCenter team followed the fate of horse fly populations for six years after the oil spill.

Horse flies were collected from June to October 2010-2016 from oiled locations (Grand Isle, Elmer’s Isle, Grand Bayou) and locations unaffected by oil (Cameron Parish, Rockefeller Wildlife Refuge). They were captured with canopy traps and counted. The team extracted DNA and established the genetic profile of each individual via genotyping.

Immediately after the oil spill in 2010 and 2011, horse fly trap catches were significantly lower in oiled than in control sites; yet numbers increased by 2016. In 2010 and 2011, almost all oiled populations showed genetic bottlenecks, i.e. reduction in genetic diversity due to population crashes. All bottlenecks in formerly oiled locations had disappeared by 2015 and 2016, indicating recovery. No population from unoiled areas showed any genetic bottlenecks.

The research team initially expected the horse fly populations from summer 2010 would represent a pre-event baseline, since this generation emerged before the oil spill made landfall. However, polarized light reflected from oil sheens is thought to resemble that reflected from fresh water, so flying insects landing on these surfaces in search of water become trapped. This phenomenon is the likely cause of the acute adult mortality in oiled areas.

Population expansion in formerly oiled areas was likely fueled by migration, successful reproduction in oiled areas and increased survival of larvae developing in formerly oiled areas due to decreased oil residue toxicity and increased availability of their food web. Horse flies are strong fliers, and shrinking genetic distances over the years between populations from nonoiled and oiled areas indicate increasing migration rates. Tabanus nigrovittatus [HC3] females can lay more than 200 eggs per batch and can produce the first batch without a blood meal. Pursuit of a blood meal and subsequent egg-laying ensure dispersal of flies and recovery of depleted areas. Most microalgae and 90% of tiny soil organisms, which form the base of the food web in marsh sediments, recovered within three years after the oil spill. The terrestrial invertebrate community, mostly plant-feeding insects, had largely recovered one year after the spill. The guts of horse fly larvae contain mostly DNA of plant-feeding stink bugs.

The dispersal ability, high reproduction rate and restoration of the larval food web in oiled marshes was, therefore, vital for horse fly recovery. Horse fly populations’ sensitivity to oil contamination evidenced by the immediate population crash after the oil made landfall and their recovery following the recovery of spartina marsh grass and the invertebrate food web makes this species a valuable bioindicator to assess the process of marsh reconstitution.

Insect Indicators to Monitor Future Challenges to the Marsh

Long-term costs from oiling in Louisiana marshes include erosion of marsh islands due to reduction of plant roots. Coastal restoration projects have begun to combat land loss using freshwater diversions, which are expected to decrease salinity in certain zones. To establish baselines of invertebrate communities in different salinity zones in anticipation of these changes and future challenges to the marsh, the AgCenter research team (Figure 2) surveyed invertebrate communities in 2017 and 2018 in different marsh salinity zones in Louisiana estuaries.

Canopy trapping detected three species of horse flies in low-, mid- and high-salinity zones. Most abundant at all locations was the Tabanus nigrovittatus horse fly bioindicator species, with spring and fall activity peaks. Using dissection techniques, researchers found that T. nigrovittatus females were the only horse flies capable of producing eggs without a bloodmeal. This ability explains the higher abundance relative to the other two species because it is advantageous for survival in harsh environments like the saltmarsh.

The lower insect biodiversity detected in soil at high salinity sites was confirmed by monthly sweep net insect inventories, which showed that 39 insect families resided at high salinity compared to 61 families at low-salinity sites. From these families, 26 species were flagged as bioindicators for salinity levels. At low salinities, a damselfly, Rambur’s Forktail (Ischnura ramburii) and a sharpshooter, Draeculacephala portola, were common, easily collected indicators. Rambur’s Forktail is predaceous as both an immature and adult. The immatures, which develop in the water, are tolerant of the brackish water at the low-salinity sites but cannot develop in highly saline water. The sharpshooter is a specialist on spartina cordgrasses and prevalent in the southeastern Atlantic and Gulf coastline.

At high-salinity sites, a plant-feeding bug, Ischnodemus conicus, and the predaceous black-headed melyrid Collops nigriceps are useful indicators (Figure 3). Both species are associated with the highly salt-tolerant smooth cordgrass that dominates Gulf and Atlantic coast salt marshes. The presence of these insect bioindicators can be used to predict that a certain habitat belongs to the salinity level that the insects are associated with and provides specific plant hosts for the herbivoruous insects or a stable food web for the predaceous insects.

The AgCenter database with seasonal distributions of invertebrate predators, parasites, herbivores and detritus feeders provides important baseline data in different salinity zones for assessing changes in marsh health due to future pollution and changes in salinity caused, for example, by erosion, subsidence, sea level rise or freshwater diversions. When combined with plant inventories and land mass surveys, the invertebrate surveys will likely be indicators of future population trends of commercially important invertebrates like shrimp as well as vertebrates dependent upon tidal marsh estuaries.

Read: "Greenhead Horse Fly As a Bioindicator of Marsh Health after the 2010 Oil Spill in the Gulf of Mexico" by Claudia Husseneder and Lane Foil in the summer 2014 issue of Louisiana Agriculture. 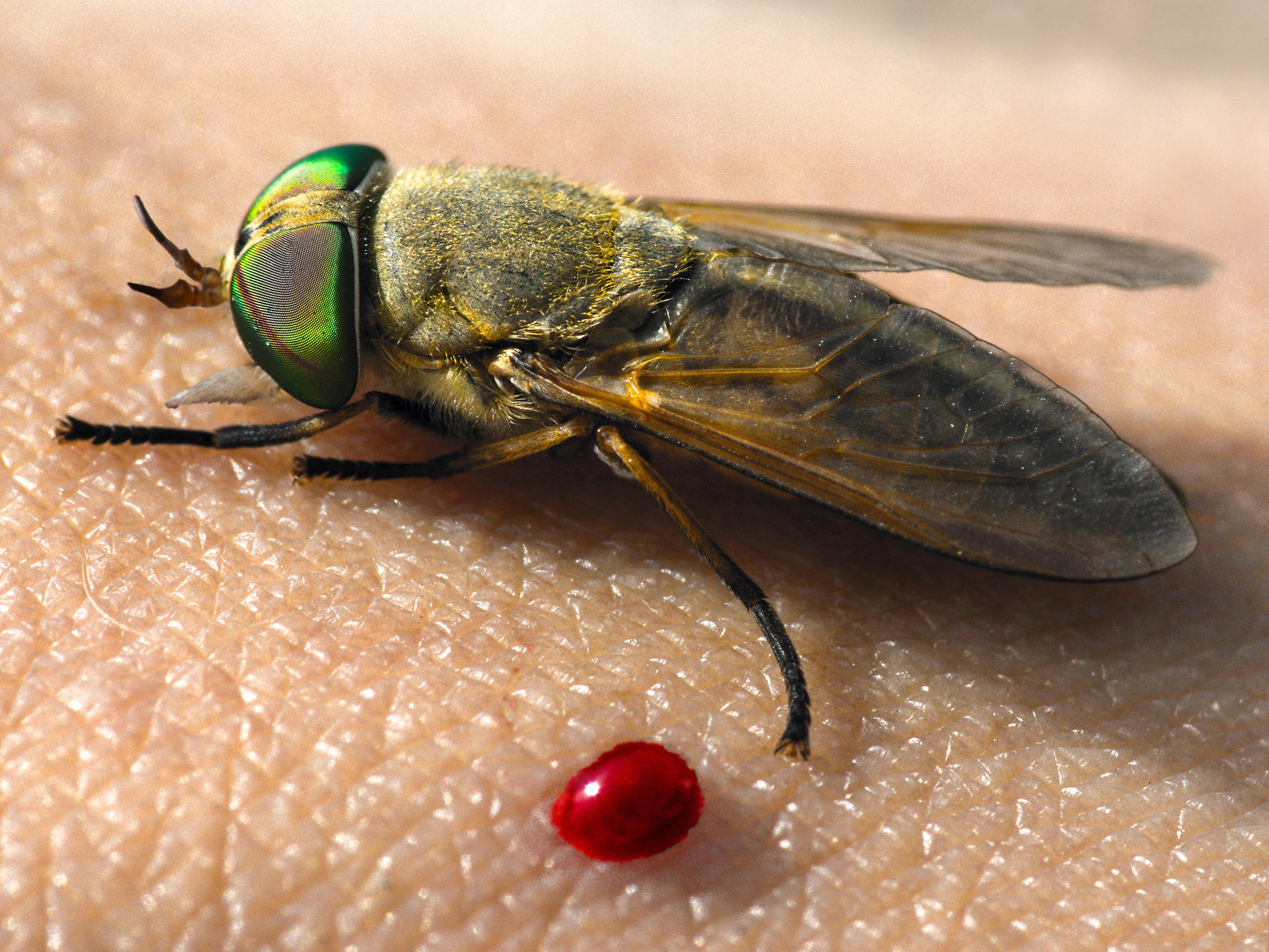 Figure 1. The greenhead horse fly (Tabanus nigrovittatus) was used as a bioindicator of decline and recovery of marsh health after the Deepwater Horizon oil spill. Photo by Claudia Husseneder 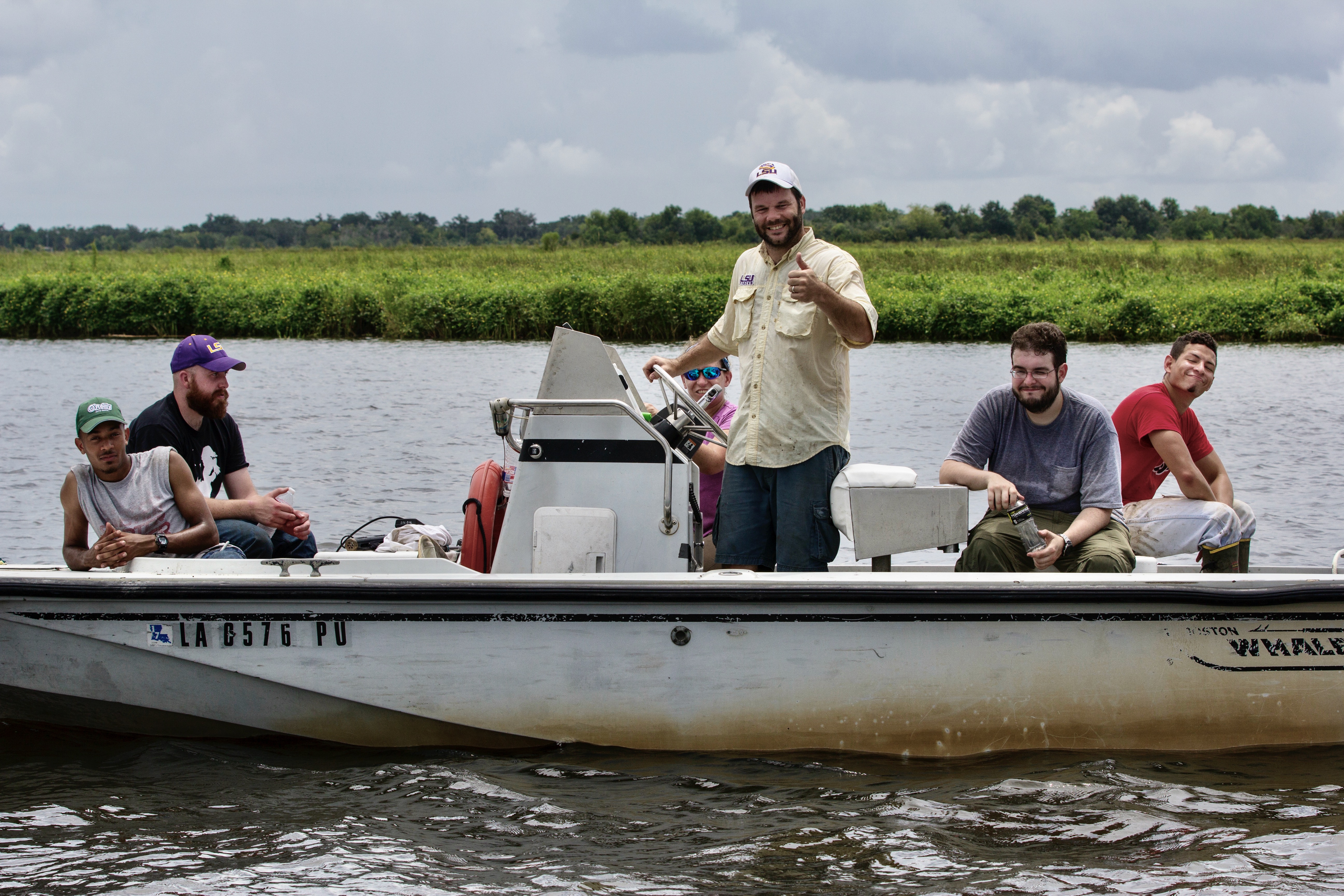 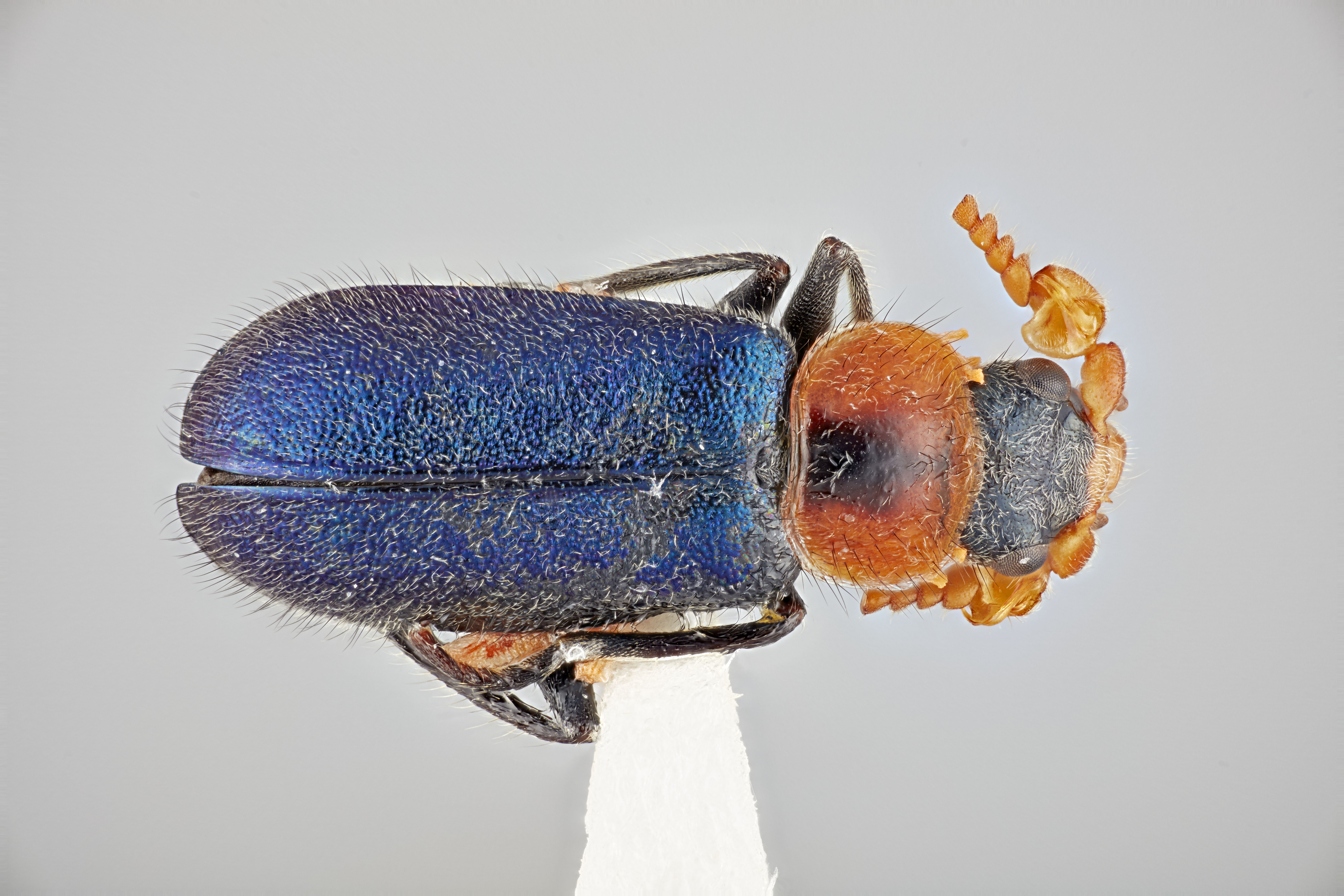