Dennis Randall Ring, professor and extension entomologist in the LSU Department of Entomology and a valued colleague and friend, passed away on May 4, 2020, after an extended illness.

Dennis was born August 6, 1952, in Texarkana, Arkansas, to Billy JD and Billie M. Ring. Dennis is survived by his wife, Sherry; daughter, Megan De Wees, and her husband, Dalton; sons, Randall Ring and Paul Ring; brother, David Ring, and wife Karen; nephews, Tim and Matthew; and five grandnieces and grandnephews. He was preceded in death by his parents; brother, Carey Ring; and niece, Patricia Ring.

Dennis grew up in Grand Prairie, Texas, where he developed his lifelong interests in insects, plants, fossil and mineral collecting, hunting and football. He graduated from Baylor University with a B.S. degree in biology in 1974. Dennis graduated in 1978 from Texas A&M University with an M.S. in entomology and a minor in horticulture. He completed a Ph.D. from Texas A&M in 1981 in entomology with minors in statistics and ecology. He developed the first computer model of the behavior of the pecan nut casebearer, which remains the basis for current models. This model has saved pecan producers more than $20 million to date. Growers have also found value beyond money. This model minimized guesswork and many said the greatest value to them was “peace of mind.” His work with insect pests of pecans greatly aided the development and delivery of the first pecan integrated pest management strategy to manage pecan arthropods.

Dennis was hired in 1995 as an extension entomologist with the LSU AgCenter. He spent 25 years as a highly productive and respected member of the department. His breadth of knowledge of insects, and his enthusiasm for sharing that knowledge, were unparalleled. Over his career, Dennis had extension responsibilities for pests of structures and households, pecans, rice, sweet potatoes, small fruits, stored products, fruit trees, vegetables, ornamentals, turf and other commodities. However, the pest that he spent the most time combatting was the Formosan subterranean termite. Dennis was the coordinator of the LSU AgCenter Lois Caffey Termite Training Center, served on the governor’s Formosan subterranean termite task force and spearheaded Operation Full Stop, a USDA-funded program to reduce the impact of Formosan subterranean termites in the French Quarter of New Orleans.

Dennis loved his job with the Department of Entomology in the LSU AgCenter and developed many friendships within the AgCenter system. He spent as many hours as he could to take on as many commitments as possible, often helping with statistical design and analysis. At home, he spent many evening hours answering emails and talking on the phone to colleagues and clients. He had many stories to tell about his interactions with the people of Louisiana and his efforts to educate people on entomology.

Michael J. Stout is professor and head of the Department of Entomology. 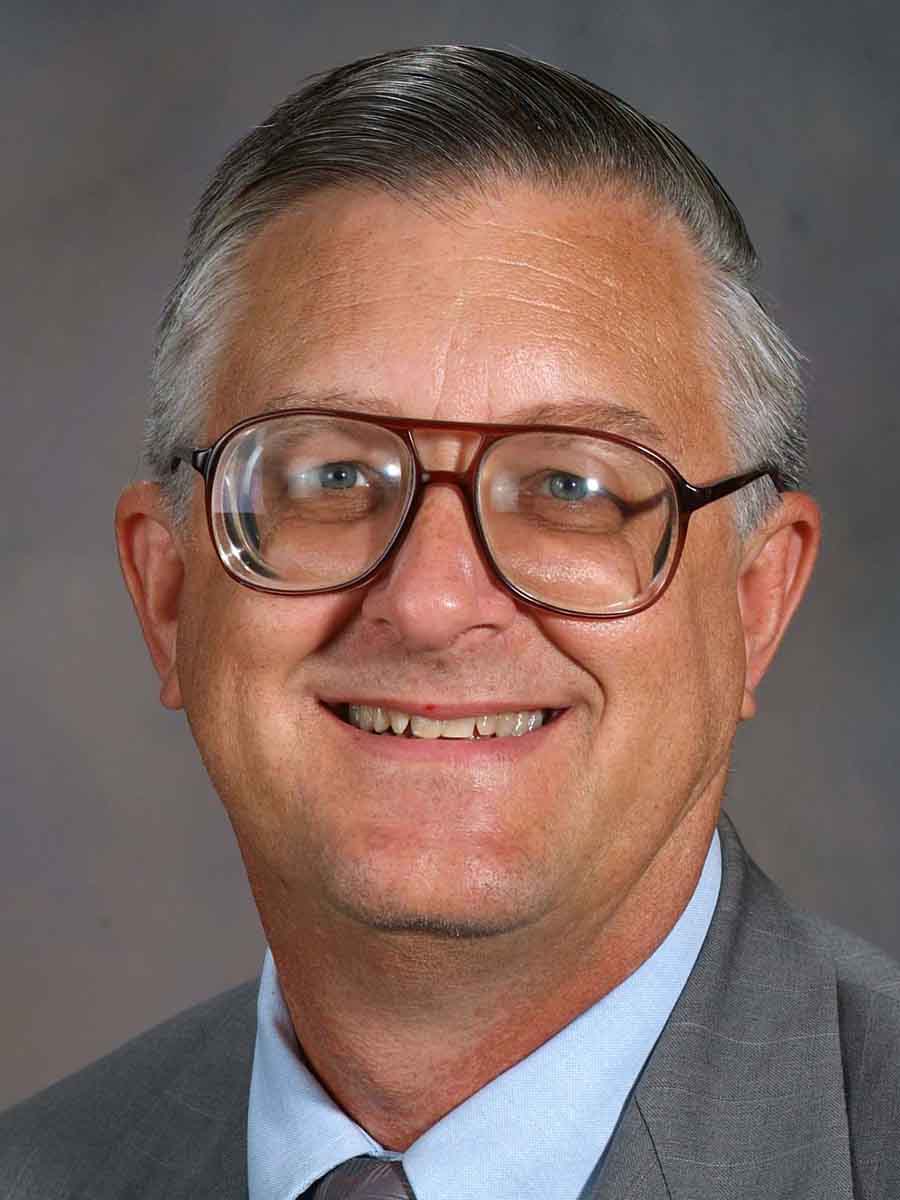 Dennis Ring, standing at right, spent 25 years as a highly productive and respected member of the Department of Entomology. His breadth of knowledge of insects, and his enthusiasm for sharing that knowledge, were unparalleled.
6/17/2020 2:47:30 PM
Rate This Article: