Both marine and freshwater anglers have historically used wild fish stocks as a source of baitfish. The farming of freshwater baitfish began in the early 1950s in Mississippi, Arkansas and Missouri because wild stocks became more difficult to harvest and interest in angling increased after World War II. This resulted in a rapid expansion of a freshwater baitfish industry now largely located within central Arkansas. Unfortunately, a marine baitfish culture is not well established, and an overwhelming majority of marine baitfish originate from wild stocks. In 2016, saltwater anglers across the U.S. spent approximately $283 million on bait, according to a recent U.S. Fish and Wildlife Service report, yet many Louisiana coastal anglers report that live bait availability is a consistent problem.

Throughout the Gulf of Mexico, the Gulf killifish is a common baitfish, but they are only available seasonally from wild collections and are not propagated from private farms. Yearly availability of this species would be well received based on the reputation of the Gulf killifish as an effective and hardy bait, highly prized by red drum, southern flounder and seatrout anglers. This species is regionally referred to as the cocahoe minnow, bull minnow or mud minnow by anglers and is in demand as live bait along the coastal Gulf of Mexico and the southern Atlantic states. Because a majority of sales of this baitfish rely on wild harvest with fish seined or trapped within tidal marshes, supply is often inconsistent with seasonal variation and irregular sizes.

Captive production of Gulf killifish first began with pond-based growth studies 30 years ago and demonstrated promising results with fast growth rates for this popular baitfish. Unfortunately, commercial aquaculture of this marine baitfish is still not established, mostly because of bottlenecks in reproduction from low egg production, cannibalism and the availability of low-salinity ponds for growth. Research at the LSU AgCenter Aquaculture Research Station has produced a number of positive results and recommendations that should reduce the reproductive bottlenecks limiting commercial production.

Previous studies on spawning Gulf killifish have focused on the use of small low-salinity ponds and transferring eggs that the fish deposit on spawning mats to newly fertilized ponds. Larvae and juvenile fish then grow away from the parents, reducing cannibalism. The use of aboveground pools to increase the harvest of eggs has been investigated to determine the optimal density of broodfish and resulting egg production. Gulf killifish were stocked into 500-gallon outdoor tanks at a 2-to-1 female to male sex ratio at varying densities of 30, 60 and 90 fish per tank. Eggs were collected from April to September with the maximum amount of eggs collected within April and May from tanks stocked with 60 fish between full and new moon cycles. The use of pools as opposed to ponds for reproduction allowed the direct collection of newly fertilized eggs and potentially limited predation of both the broodfish and their babies. Another advantage was that rock salt was used in the water, which allowed these fish to spawn in tanks far from the coast.

To increase survival and production efficiency, improvements in egg incubation practices are needed at the commercial scale. Gulf killifish spawn in waters influenced by tides and, as a result, have embryos that can be incubated out of water in a humid environment. The ability to better understand this life history trait and investigate the incorporation of air incubation in practical culture techniques has improved cohort management of Gulf killifish as a cultured baitfish. The developing embryos can be tricked into extending the time they spend in the egg when air incubated. This allows for batches of eggs to be collected from broodfish over a period of about one to two weeks and helps group together similarly sized larvae. This grouping of incubated eggs helps limit cannibalism, which has been observed in Gulf killifish juveniles. Similarly, the adults can survive out of water for brief periods of six to eight hours within a humid environment, conditions some anglers have used to transport small numbers of bait without water.

Traditional methods of producing Gulf killifish have not yielded wide adoption and implementation of this animal as a marine baitfish species. Pond culture of this species is not economical, with published work thus far identifying their relatively low fecundity as the major biological impediment, requiring large numbers of females to be stocked into brood ponds. Since the time of the original research on reproduction of this fish in earthen ponds, there have been a number of advancements in aquaculture that could aid in the production of this baitfish. Pool and tank spawning allow for greater control of sex ratios and overall egg output, while reducing egg predation and improving egg collection. A comprehensive guide on these techniques and other approaches in the culture of Gulf killifish has been assembled and is available on the LSU AgCenter website as a production manual for this species. The Cocahoe Minnow Production Manual covers topics that include spawning, diseases, feeding, best handling practices and production economics.

Christopher Green is an associate professor in the School of Renewable Natural Resources. 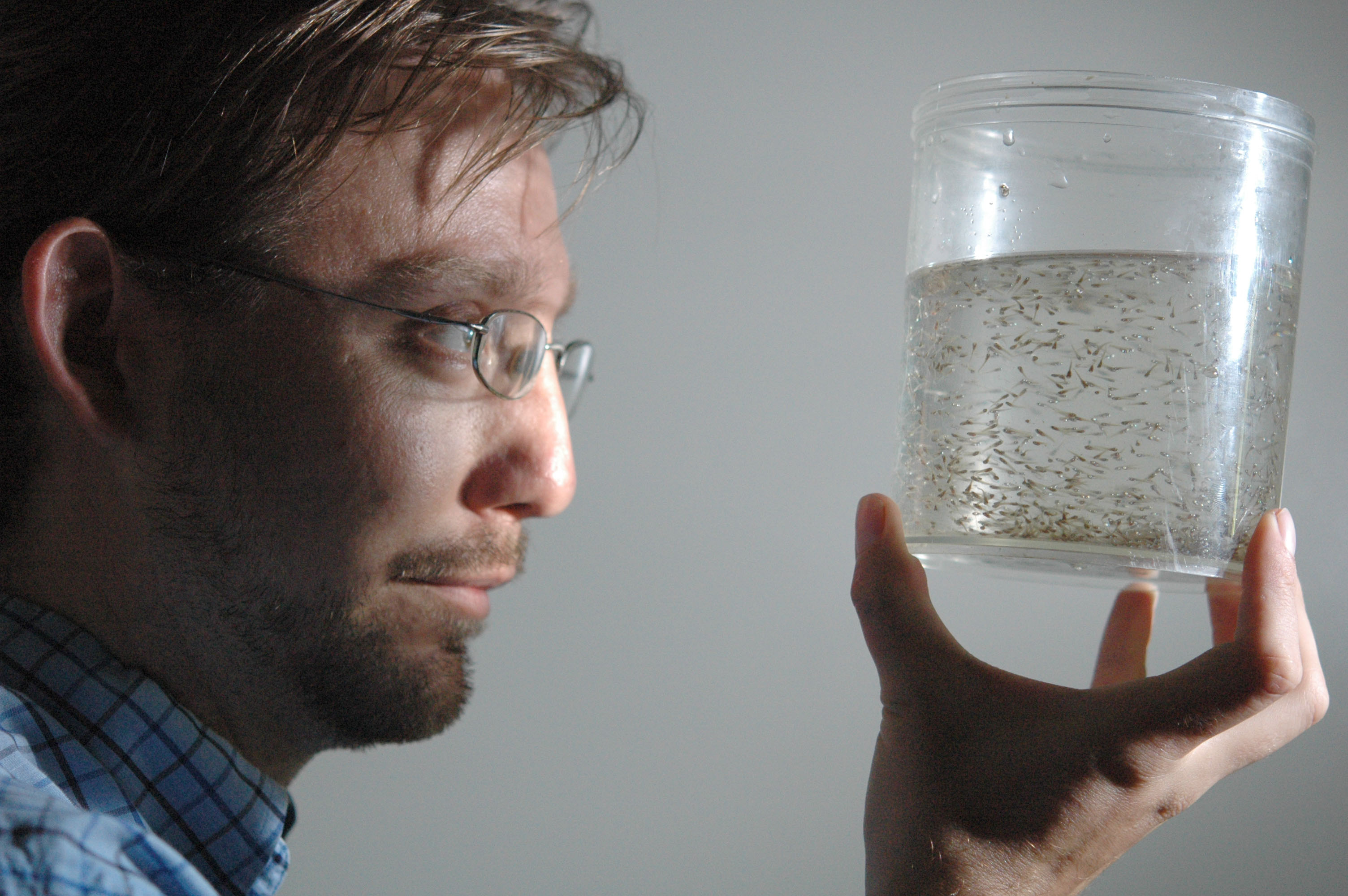 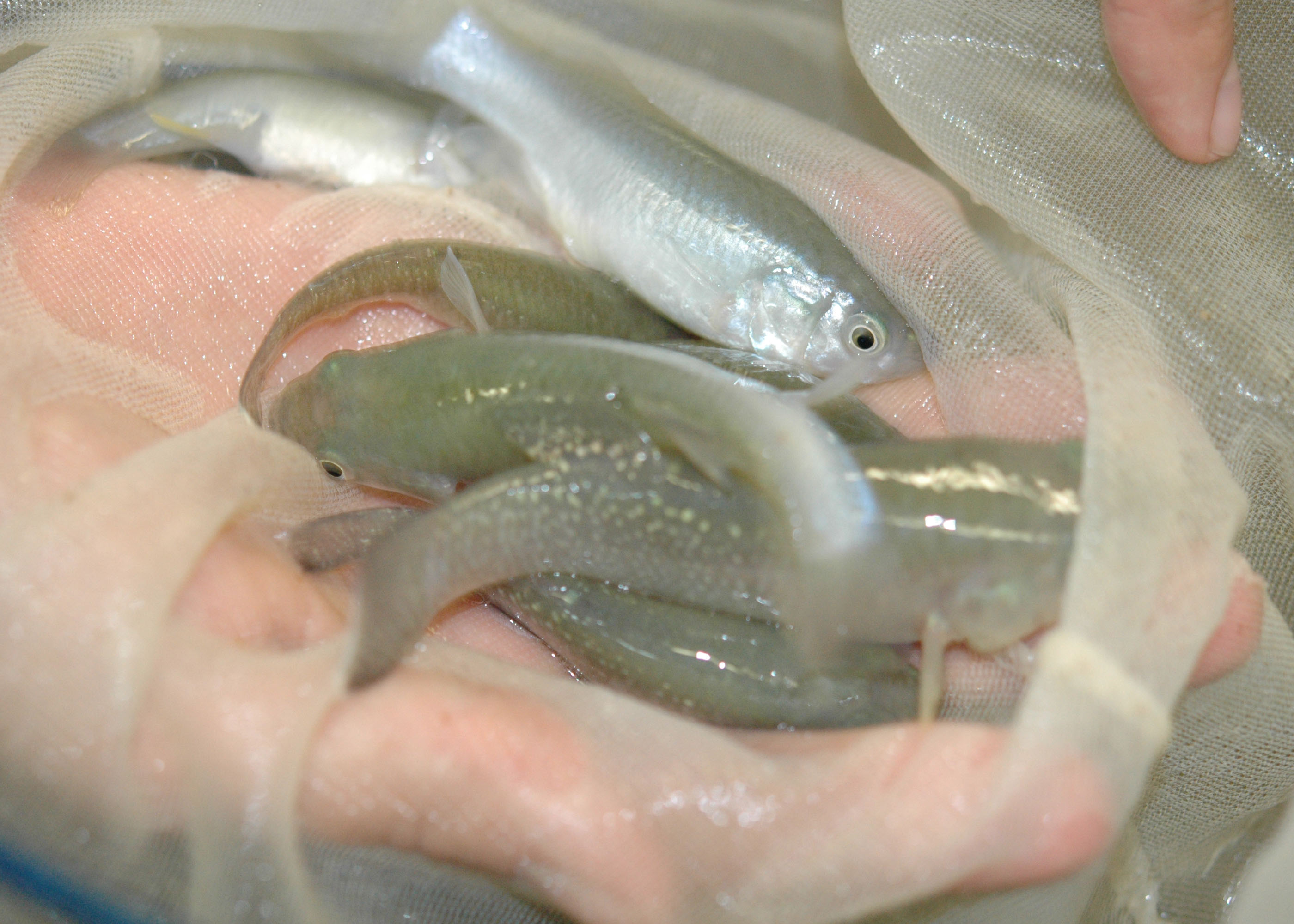 The Gulf killifish, commonly known as the cocahoe minnow, is an in-demand baitfish for Gulf Coast anglers. Photo provided by Louisiana Sea Grant