White-tailed Deer Reproduction: How fawns are made

As with most wildlife species, Mother Nature drives the reproductive cycle to increase the chances of successful offspring and furthering superior genetics. To increase survival, nutrition must be available to support young animals and the mother’s ability to produce milk. Therefore, in nondomesticated species, the length of gestation, about 200 days for white-tailed deer, for instance, determines that breeding occurs when adequate nutrition is available for mother and offspring following birth. Because the diet of the white-tailed deer is 100% plant based, fawns are typically born in the spring when lush vegetation is high in nutrients. This ensures that enough food is available for the doe to produce milk for the fawn and thus increases the chances of survival. For this to happen, the white-tailed deer has been “hardwired” to use day length to determine when breeding should occur.

White-tailed deer are called “short-day” breeders — breeding occurs in the fall when day length is declining. When daylight is decreasing, increased melatonin is released from the pineal gland in the brain. This starts a cascade of hormonal events that induce estrus, or heat, in does and rut in males. This is the signal for the reproductive system to awaken and breeding to begin.

White-tailed does are also considered polyestrous, meaning they can come into heat multiple times within the breeding season, usually in 28-day intervals. This mechanism increases the chances that the species — and more importantly, superior genetics — survives another year. If the doe does not conceive at her first heat, she will then cycle 28 days later to offer another opportunity to become pregnant. During this time of year, does often visit scrapes, a cleared area on the forest floor made by a male deer during breeding season. Does release pheromones, and glands on the hind leg also release scent. This allows the buck to find the doe and breed.

The buck’s reproductive system also is “awakened” by decreasing day length. During this time, melatonin released in the buck’s brain triggers an increase in testosterone production from the testicles. This testosterone release hardens the antlers and gives the buck secondary sex characteristics, such as a swollen neck, and allows for production of mature sperm. After the antlers have hardened, the buck is capable of breeding a doe. Typically, when a doe is in heat, the buck will remain with her for 48 to 72 hours until she is no longer receptive to breeding. During this time he will keep her separated from other males and females to give him a better chance of producing offspring.

During the breeding season, bucks will set up a social dominance order, with the largest buck asserting dominance over other bucks in the area. He will then mark a territory using rubs and scrapes, leaving his scent for does to find. This scent is like a biomarker, or his calling card. It tells the doe how healthy he is and his age, and experts believe it is to let her know his position within the social dominance order of the area. This gives her clues as to his fitness so the mate she chooses will give her offspring the best chance of survival.

The map (Figure 1) shows that peak rut in Louisiana can run from September to February, depending on the area of the state. This is because deer in Louisiana are from different regions of the U.S., and those animals have been “hardwired” based on their home region. This indicates how powerful genetics can affect reproductive cycles to give animals their best chance to further their genetics.

Over the past 15 years, the LSU AgCenter Bob R. Jones-Idlewild Research Station in Clinton, Louisiana, has conducted research on white-tailed deer reproduction to assist the growing white-tailed deer breeder farm industry. These farms are managed much like cattle. Nutrition is provided to achieve maximum genetic potential, and matings are managed to push the genetics of superior antler development. To give some insight: the cost of a single straw of semen from a good beef bull may sell for $50 to $100, while a straw of semen from a buck with a superior nontypical antler set can sell for as much as $5,000 or higher. A single ejaculate from a white-tailed deer buck can produce between 20 and 70 straws of semen, and each straw can impregnate one or two does.

AgCenter research has produced a repeatable synchronization protocol for white-tailed does designed to yield a greater than 50% pregnancy rate following artificial insemination. Because white-tailed does are not domesticated and at times are a challenge to capture, a protocol was needed so that as many does as possible would be in heat the day they were inseminated. This is termed a “timed insemination protocol,” where hormones are administered at predetermined times so that all does come into heat on the same date. Over the course of several years, pregnancy rates following these timed insemination protocols increased from 35% to as high as 64%.

AgCenter scientists also have been successful in collecting embryos seven days following mating. In this surgical procedure, collected embryos can be transferred to another doe that is reproductively synchronized to the donor doe or frozen for future transfers. This procedure is used on does that produce male offspring that have shown superior antler development. Using this technology, superior does can be mated with superior bucks, and multiple superior offspring can be produced through surrogate does. This procedure allows for faster genetic improvement.

Another technique pioneered at the AgCenter and now used with white-tailed deer is insemination with epididymal semen. This approach offers the ability to recover semen from genetically superior bucks following harvest, successfully producing fawns from fair-chase, hunter-harvested bucks. Using this technique, the testicles are removed from the buck and shipped on ice overnight to the laboratory. The epididymis that contains sperm is then separated from the testicles, and the epididymal semen is packaged in straws and frozen. This procedure can render between 20 and 70 straws of semen from a single buck, furthering the genetic potential of superior animals that are legally harvested.

This article appears in the spring 2019 issue of Louisiana Agriculture magazine.

Fawn produced from epididymal semen, which is semen recovered from a superior buck that has been harvested. Photo by Johnny Morgan 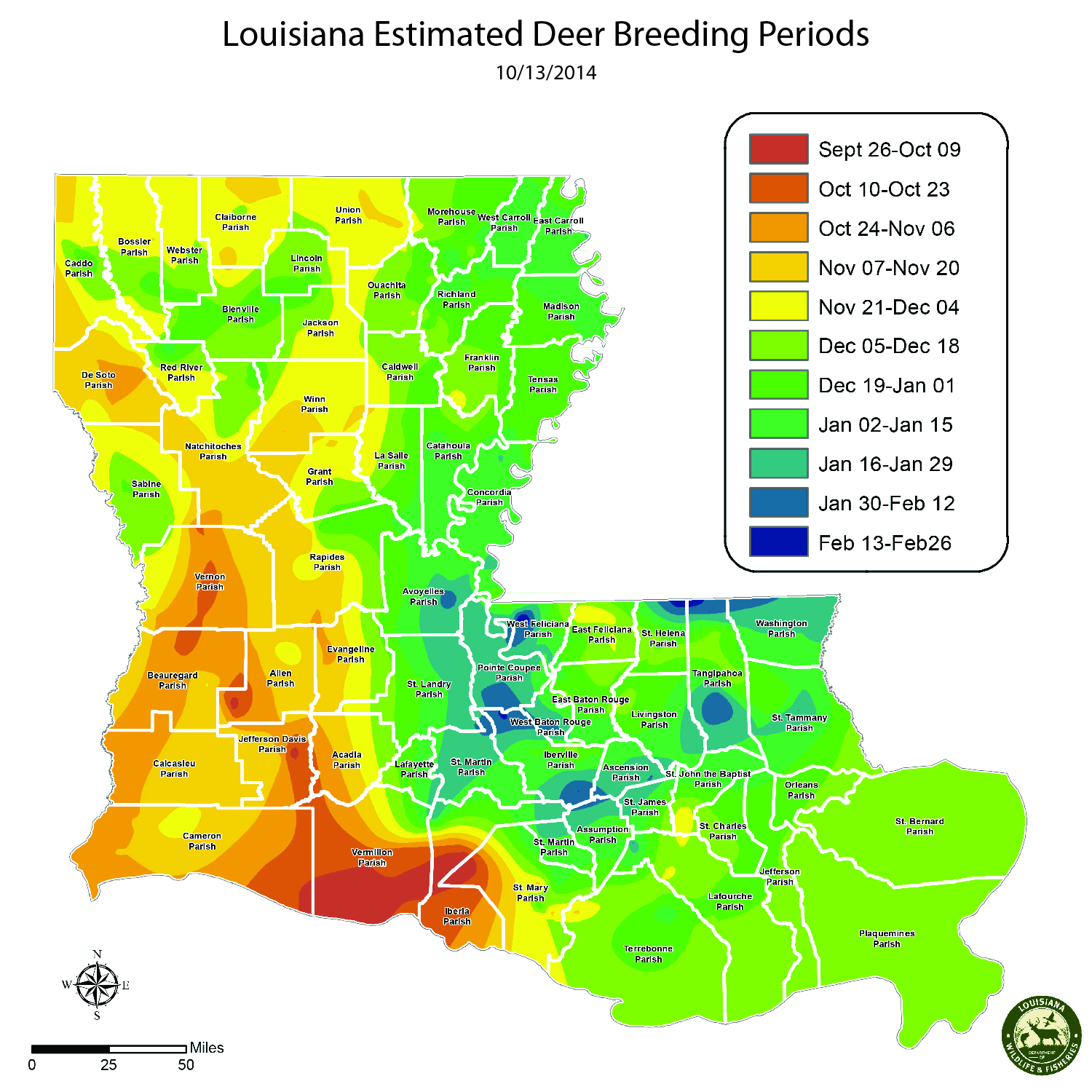 Figure 1. Peak white-tailed deer rut in Louisiana from the Louisiana Department of Wildlife and Fisheries.